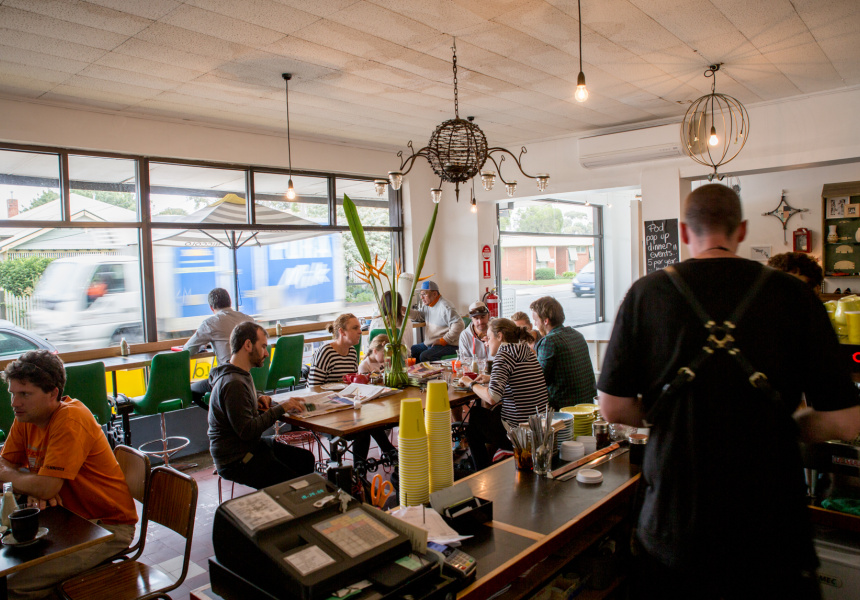 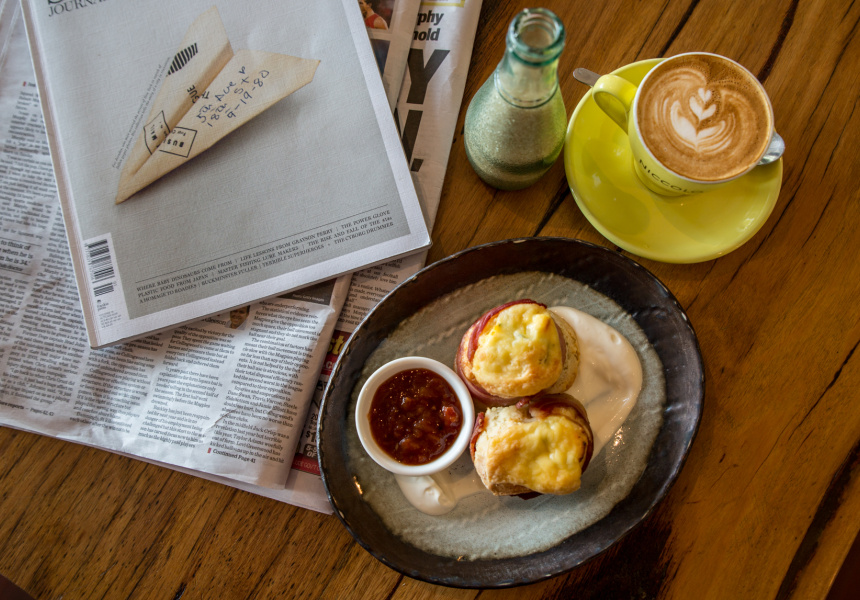 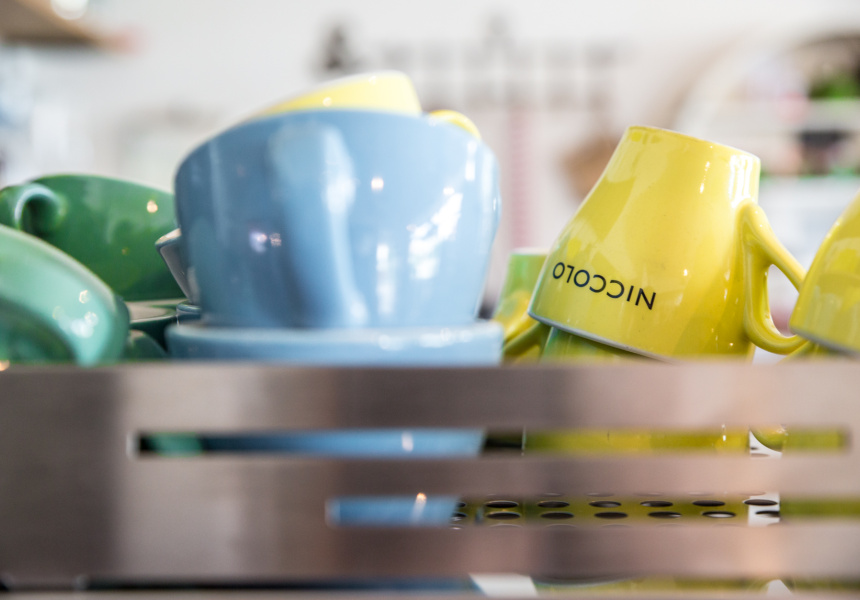 The name “Pod” doesn’t imply a space that’s bright and spacious. But this cafe is both. It’s inside Post Industrial Design on Barkly Street. The interior reflects design roots, from the light fittings to the furniture.

You can sit on former school chairs from a friend’s day-care centre, but the clear centrepiece of the room is the group of vivid green chairs by the window, which the rest of the cafe was designed to fit around.

Doughnuts might be the baked good of the moment, but Pod has a popular rotation of house-made scones. Try the egg, bacon, cheese and spinach. Or go sweet with a scone interpretation of the Wagon Wheel or Golden Gaytime.

The main menu is influenced by Middle Eastern and Japanese dishes and traditional methods of cooking. It includes shakshuka – Israeli-style eggs poached in a spicy tomato and pepper sauce served with tahini yoghurt and coriander on sourdough. Another is the POD breakfast salad – raw silverbeet, spinach, quinoa, seeds, goat’s cheese and pesto with a poached egg.

Pod also creates its own sodas using house-made cordial and a SodaStream. Options include rhubarb and ginger; watermelon and mint; and more. Coffee is from Niccolo. Chai and other loose-leaf teas are from Calmer Sutra Tea.

Look out for the cafe’s pop-up dinners, which happen about five times a year. They include four or five courses and sometimes a performance, such as the Valentine’s Day rap performed by two employees.