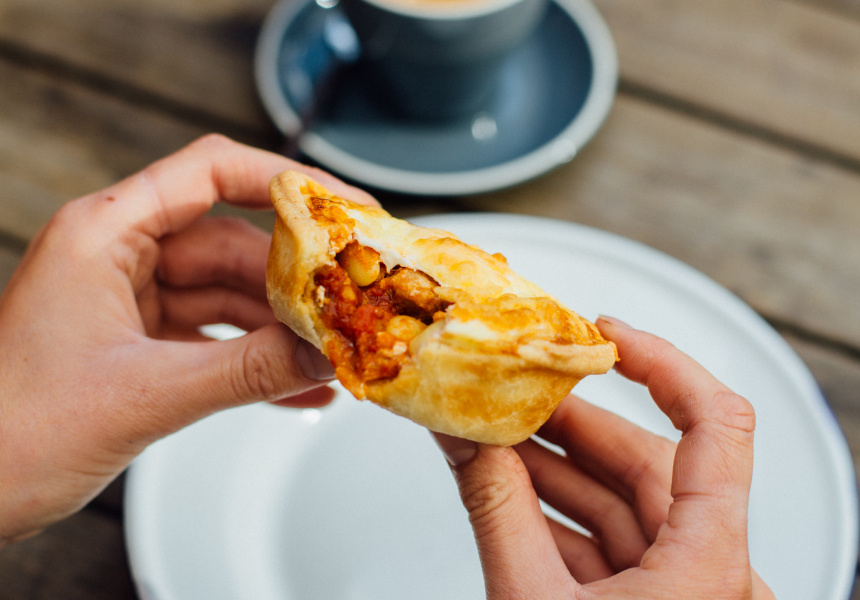 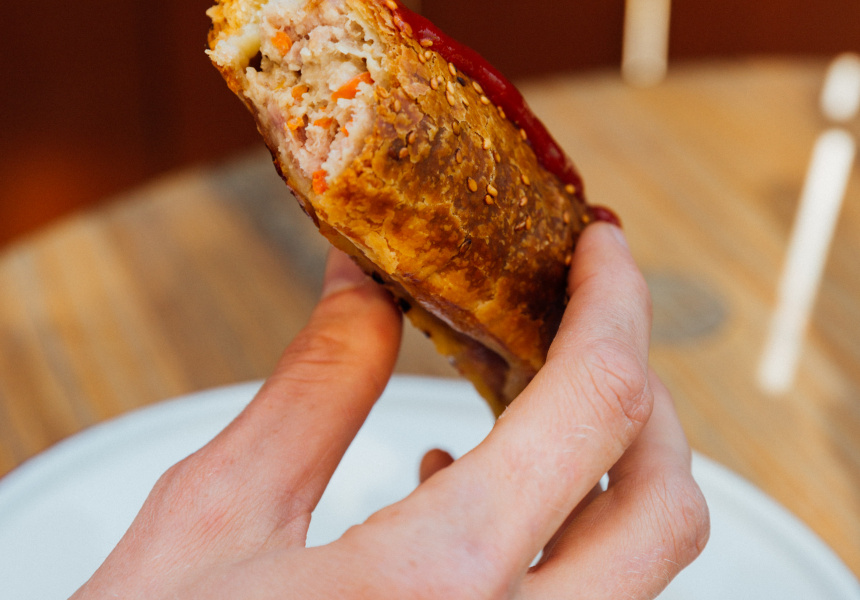 Celebrated chef Matt Wilkinson is opening a CBD outpost of his Brunswick East pie shop on Monday in Collins Place, just down the road from his resurrected cafe, Pope Joan.

“The plan was always to grow The Pie Shop to a couple, maybe three, maybe four, but keep it steady and keep it simple,” says Wilkinson. The city Pie Shop, next to Kino Cinema, has the same black and white colour scheme accented with yellow tiles as the Brunswick East store.

The Pie Shop Collins Place is open for three hours longer than its Brunswick counterpart, and new menu items have been added to both stores alongside existing pies such as The Allen (chunky beef and veg) The Shazza (cauliflower, cheese and potato) and The Bruce (spaghetti bolognaise).

“I added a sausage roll,” says Wilkinson. “[It has] a little bit of sage, pepper – traditional English style. A big bugger wrapped in puff pastry.”

Another new pie, The Tomo, is a classic beef, cheese and black pepper number. It’s named after the son of Warialda Beef farmer Allen Snaith, a friend of Wilkinson’s and the namesake of the previously mentioned pie.

If you need more pie for dessert, The Pie Shop offers three sweet pies by the slice: The Mary (blackberry and ginger crumble), The Rita (apple and salted caramel) and The Edith (honey and buttermilk).