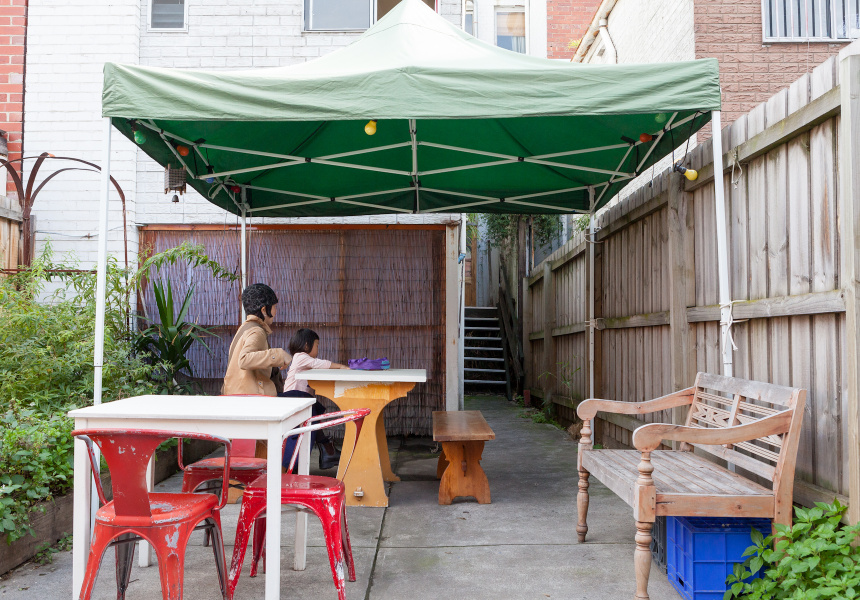 Spread over two rooms and an outdoor courtyard, the 30-seat Papirica – an Ainu Japanese word meaning “good harvest year” – is simple and inviting. There’s indoor plants, second-hand furniture (including an old school desk), a blue floor and knick-knacks from Matsuda’s life, such as his Hokkaido bear sculpture.

Although his okonomiyaki is traditional in form, Matsuda is creative with the ingredients. Instead of normal Japanese yams – which are hard to find in Melbourne – he uses okra and potato in his batter.

He prepares many ingredients from scratch, too, such as his replacement tenkasu (deep-fried flour puffs), made with dried soybeans deep-fried in sesame oil.

He also makes his own okonomiyaki sauce, which normally calls for ingredients such as ketchup, Worcestershire and MSG. His version is entirely natural.