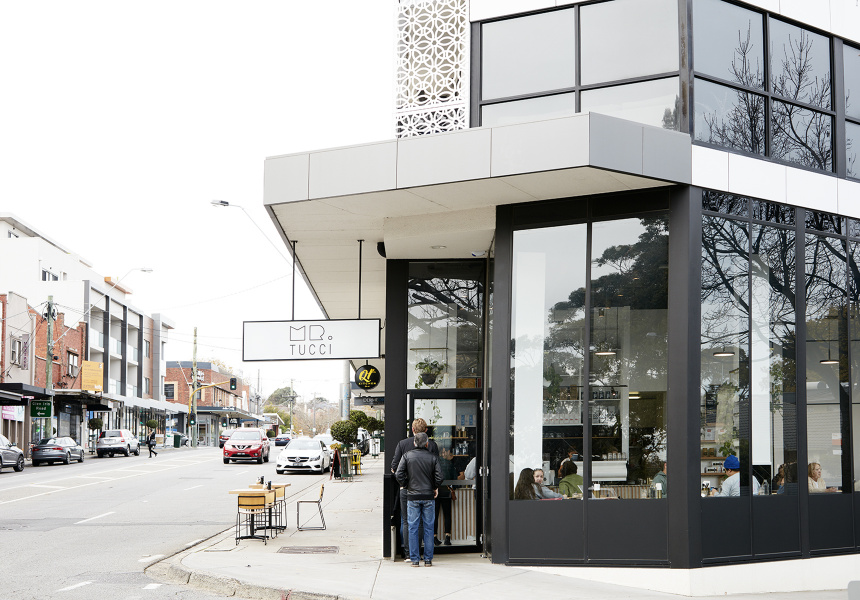 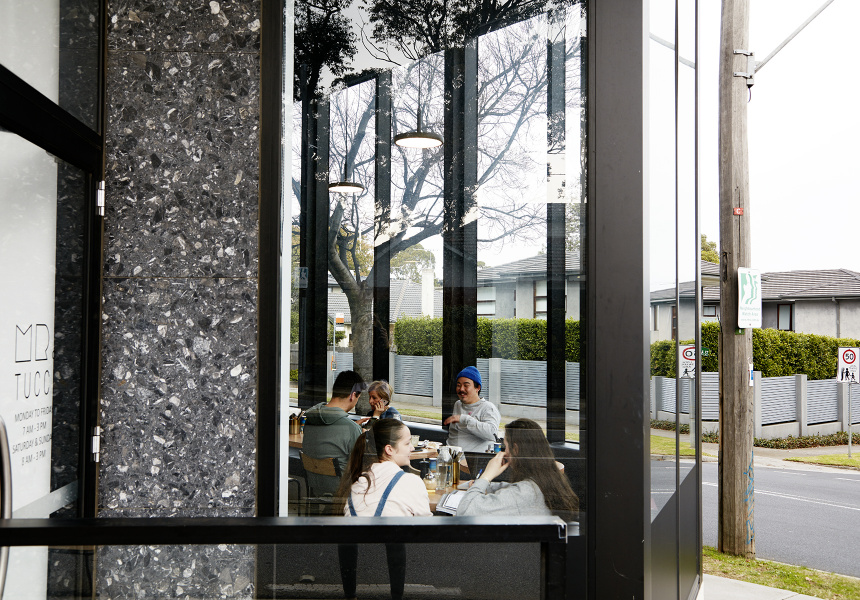 Run by three siblings, Fabian, Massimo and Romina Crea, Mr Tucci’s point of difference is the Creas’ mum, Franca, bakes all its cakes.

Franca bakes almost daily and has a few rotating specialities, such as an Italian sponge filled with lemon curd; carrot and pistachio cake; and a fig, pear and walnut loaf served with cinnamon butter.

In the more savoury zone, diners will find dishes such as sriracha-and-maple-glazed bacon, avocado and coriander on sourdough, and The Mr T Burger, filled with coffee-spiced beef brisket, slaw, Swiss cheese and house-made barbeque sauce.

South-east locals, the Crea siblings have run three eateries together, including Son of Tucci in Mount Waverley, Santucci’s Cafe in Camberwell and now-closed Santucci’s Carnegie, the latter of which the family operated for 23 years.

Coffee comes from two local roasters: Veneziano supplies the beans for milk coffee, and Wood and Co for black. North Melbourne’s Mörk has been enlisted for hot chocolate.

The trio designed the interior of Mr Tucci themselves. The high-ceilinged space is simple, with occasional design details such as a herringbone arrangement of black-glazed bricks.

Fabian bought the cafe’s 1950s Australian school chairs from an old church. They’ve been revamped with new plywood, and their steel frames finished with a black powder coat.

Speaking of seats, there’s not a bad one in the house – natural light pours into the cafe through a set of striking, ceiling-high windows, so no matter where you settle in, you’ll be happy.