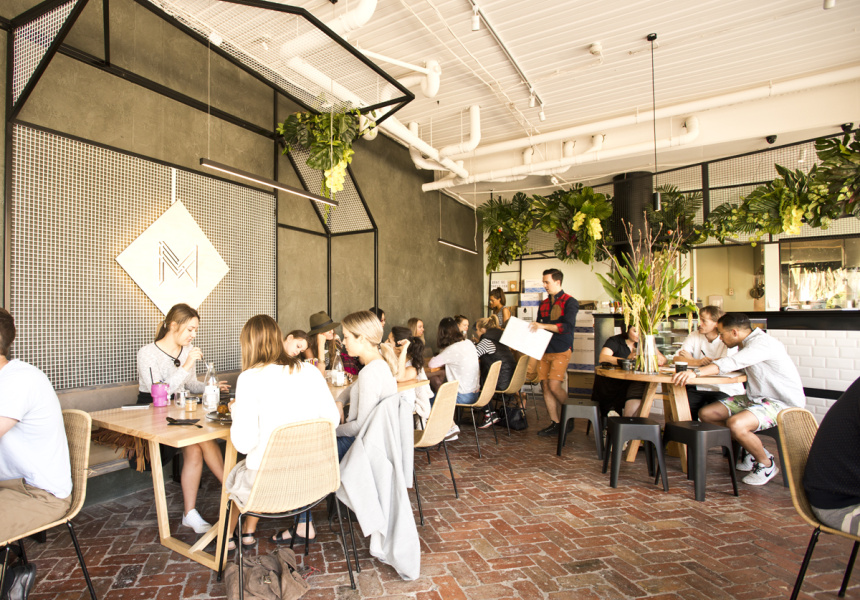 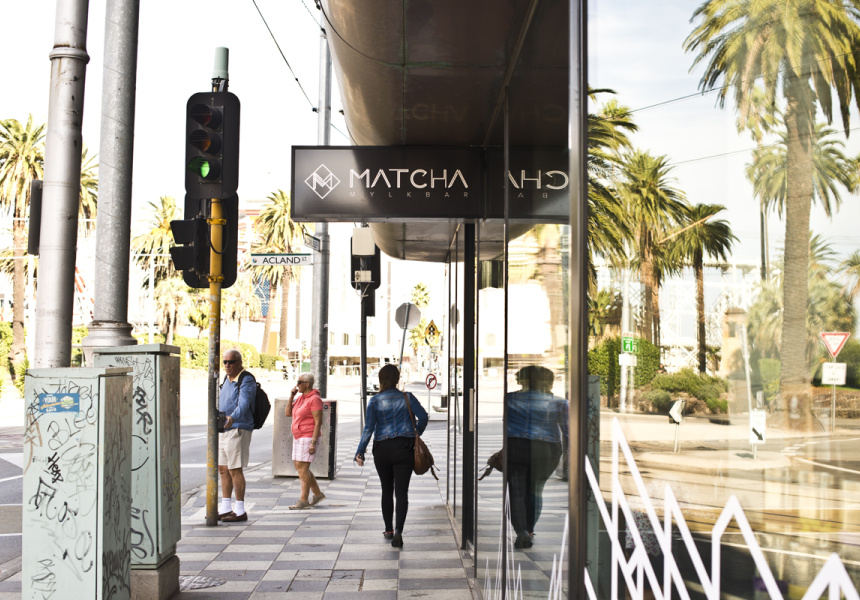 The cafe gained a significant Instagram following before opening – which you could partly credit to its unusual menu items.

The “egg white” for the vegan eggs is made from agar-agar, a jelly-like substance derived from algae. It’s coloured by almond and coconut milk. The “yolk” is a soft puree made from sweet potato, coconut milk and linseed protein. The whole egg is then cooked in a sous vide bath and served with a sprinkling of matcha salt.

You’ll see much matcha (a powdered green tea) throughout the menu. It’s supplied by Matcha Maiden, a local company owned by Holloway and Davidson.

The mushroom latte is surprisingly un-mushroom-y. It’s made with almond milk and sweetened with vanilla spice and agave. There’s only a subtle note of the chaga mushroom blend.

Alongside colourful bowls (fruit-topped for breakfast, or packed with grains and vegetables for lunch) and some pasta options, there’s also soy chicken between vivid-green matcha buns.

The smoothie list really goes to town on the puns. Options include the Free the Nibs and the Wiz Kale-Leafa served in a skull-shaped glass.