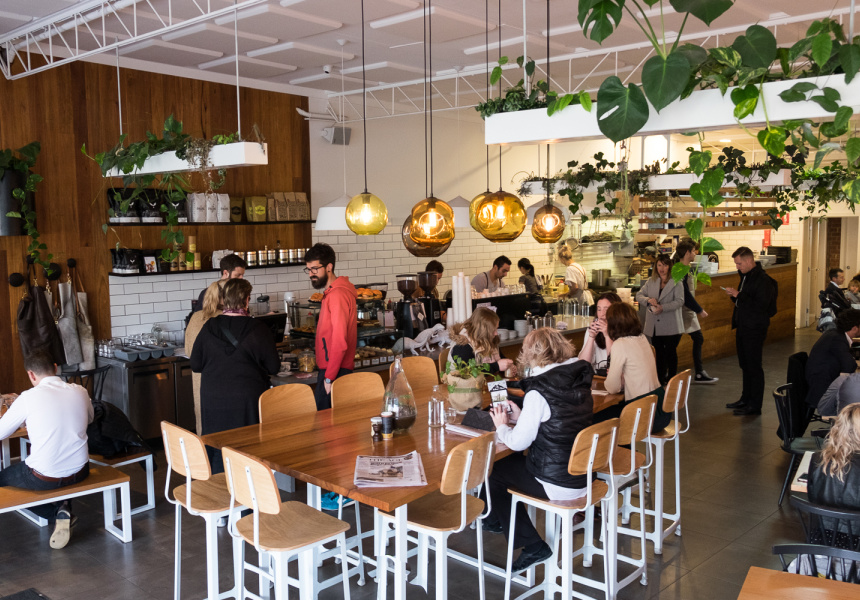 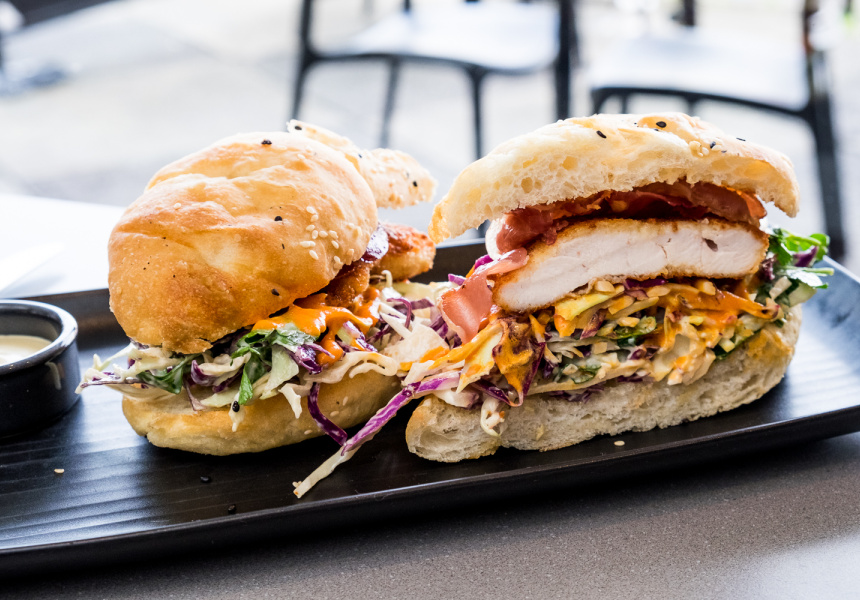 In an age of so much choice, it doesn’t hurt to be diplomatic.

That’s the concept behind The Diplomat. Partners Eben Hocking, Bill Stafilis and Russell Kingston aim to please the masses with their “one size doesn’t fit all” layout and menu.

It’s the place you can visit in your activewear, post-yoga, for a quinoa-and-chia-seed pudding; or to pig out on an all-American buffalo chicken and blue-cheese burger.

Avo smash makes its entrance (despite the trio originally not wanting to put the Melbourne staple on the menu) in a dill and Danish feta mash. Salted caramel lamingtons are one of many tempting cakes courtesy of Marika Pluta Patissier.

Local roaster Omar and the Marvellous Coffee Bird is used for single-origin espresso and Padre steps in when milk gets involved. Prana Chai and Mörk hot chocolate also line the timber shelves.

Located next to Highett station, The Diplomat is easily accessible for commuters craving an early-morning coffee. If you’re heading there for lunch, grab a kerb-side seat to catch the warm glow of the afternoon.