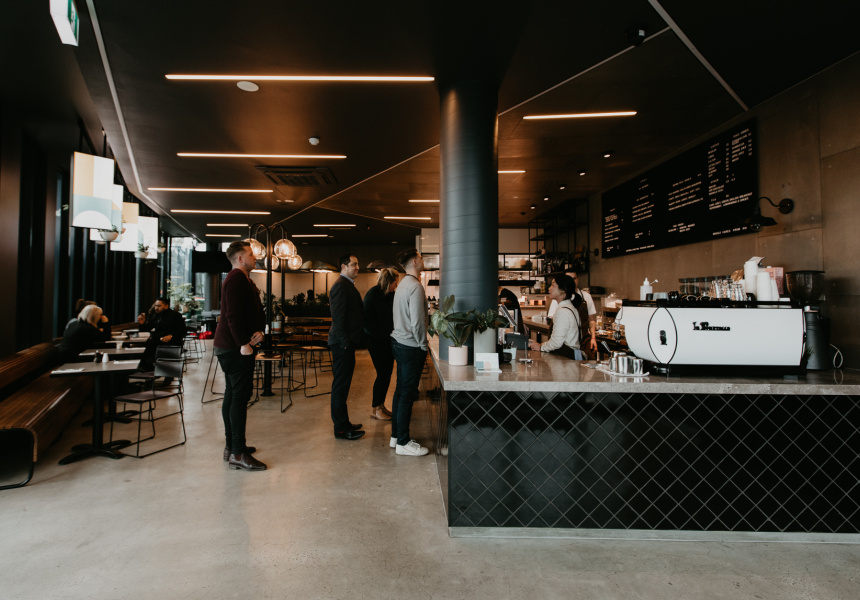 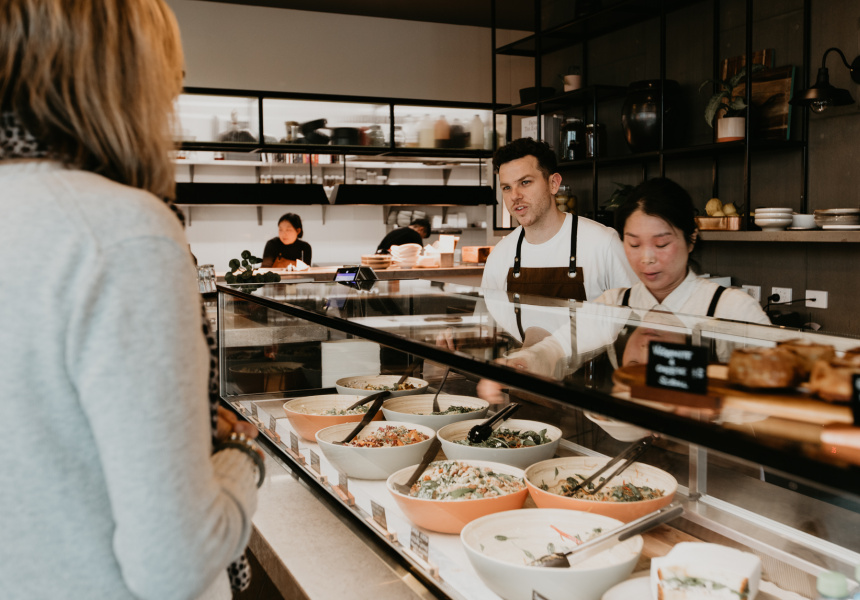 Dean Little and Steve Lim met when working at Andrew McConnell’s Flinders Lane eatery Supernormal just after it opened in 2014. They spent a short time together in the kitchen before Little became head chef at Cumulus Inc, just up the road. The pair stayed close over the years before deciding to open their own spot.

It was under McConnell that the pair learned to make connecting with customers a priority. At Lokall, everyone in the team works across both front and back-of-house. So the person who serves you coffee one day could be cooking in the kitchen the next.

There are three categories on the menu: toasties, gourmet sandwiches and brown rice bowls, plus a selection of proteins and salads (today's include spiced sweet potato and charred corn; chickpea, coconut and spring greens; and maple roasted carrot with radicchio, couscous and fresh orange) on display.

The large corner spot seats 100, 40 of those outside, with floor-to-ceiling windows and a clean and modern fit-out.