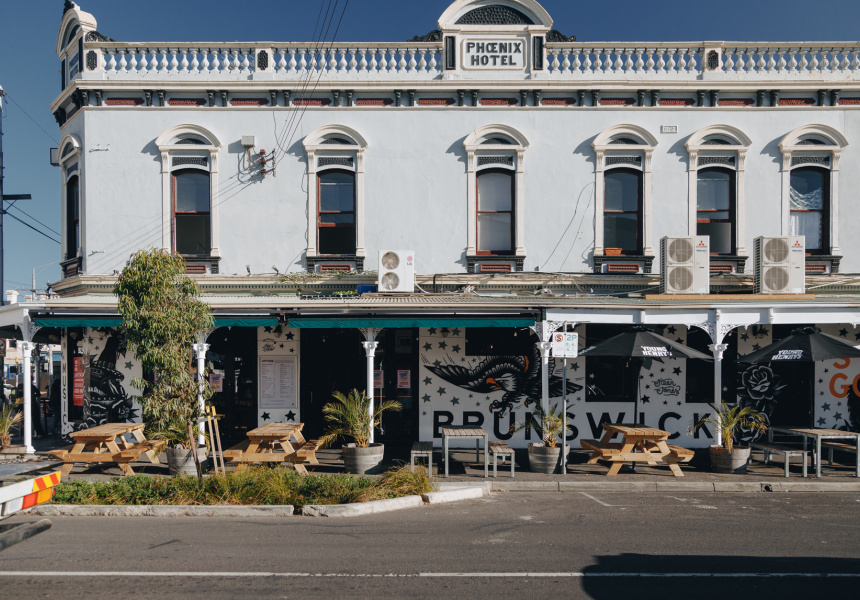 Spitfire, the front bar to bandroom Stay Gold, closed in early 2020. The woodfired concept hit a snag when the monstrous oven caused a small kitchen fire. Ollie's Pizza Parlour, from the same crew, replaces it. Though many will miss Spitfire's souvas – they'll forget all about them after a few slices of the pies on offer here.

As with any good pie, it’s all about the dough. Here it starts with two days of cold fermentation before it’s hand-stretched into 13-inch discs. The end product falls somewhere between Neapolitan and New -York styles: enough structural integrity to eat folded by hand and just the right amount of cheesy-saucy in the centre.

There are classic takes: pepperoni, developed and cured exclusively for Ollie’s; a slightly zhooshed-up Hawaiian with pickled pineapple and fresh jalapeno; and a vego number with mixed forest mushrooms and sage. Less common is the White Pie, a New Haven-style pizza. It’s got a white, garlicky base topped with a chowder-like clam cream, fresh clams, parsley, lemon zest and heaps of chilli. Each week, a guest pizza jockey is in charge of the specials – so far there have been chefs, musicians (such as Melbourne band Batz) and friends who’ve been part of the Stay Gold story.

On the menu’s snackier side, there are mozzarella sticks with Kiwi onion dip (French onion soup powder mixed with reduced cream), herb- and parmesan-topped savoury doughnuts with white anchovies and pickled shallots, and half a head of deep-fried broccoli doused in buttermilk and mayo.

And for dessert? Gelati from Bico down the road. Expect flavours such as pistachio and vegan chocolate, as well as a boozy, limited-edition one that changes every few weeks (there’s been mandarin-cello, and a Baileys number with a chocolate and peanut-butter brittle topping).

Booze-wise, get natty wines from local producers (such as Jamsheed), plus Stomping Ground, Fixation and The Grifter Brewing Co beers.