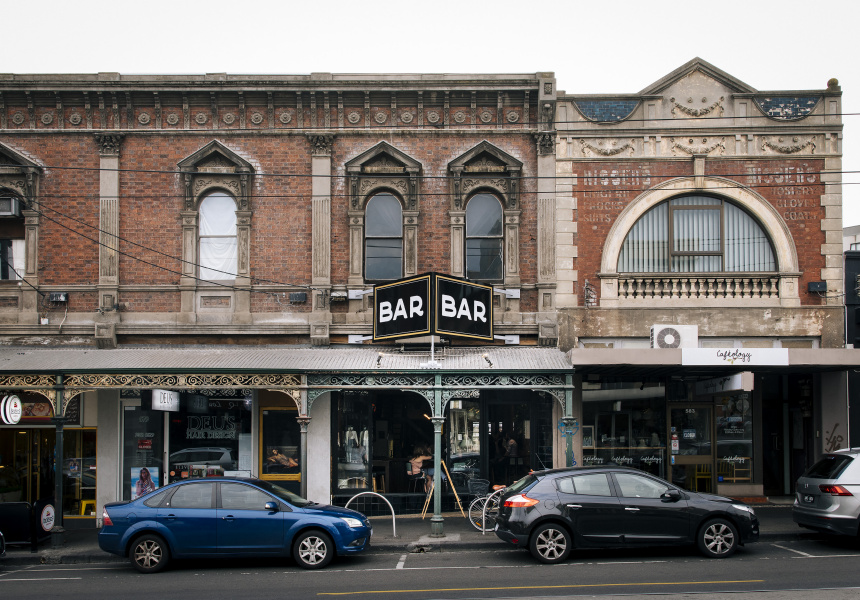 The Reuben sandwich is just one of eight on the unpretentious menu at this relaxed, beer-focused bar on Sydney Road. The sandwich is robust and lightly browned, stuffed to the crust with rich, pink pastrami, and sauerkraut, pickles and house-made Russian dressing.

Owner James Knox shares a love of 1960s American blues and folk with his father, who helped out behind the scenes. Knox and wife Paige spin their own records behind the bar.

The focus on cans feels inspired given the drinking-at-a-friend’s-place appeal of the place. Knox is a bartender of 15 years, formerly at Melbourne’s Belgian Bier Cafe and Brewdog in the UK, and worked as a distributor of craft beer when he returned to Australia. The list here currently stands at more than 40 different can options including IPAs, sours, pilsners and stouts.

Cans are half price every day between 4pm and 6pm.

Inside its dark wood, exposed brick, vintage touches and re-purposed materials such as timber chairs from a French primary school. Outside, perch at a picnic table in the plant-filled beer garden with a few friends, and your dog, too; it’s a pooch-friendly venue and if you’re lucky you’ll meet resident kelpie-labrador Scout.