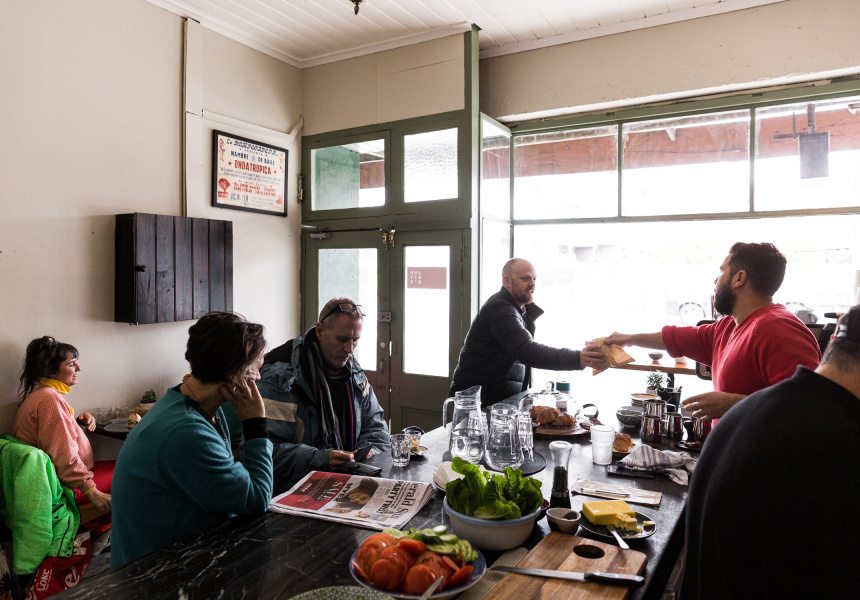 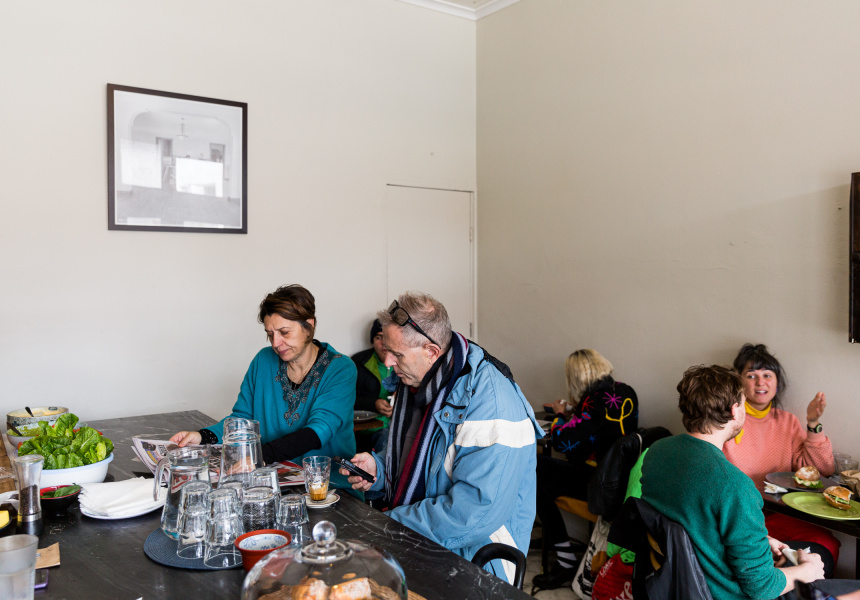 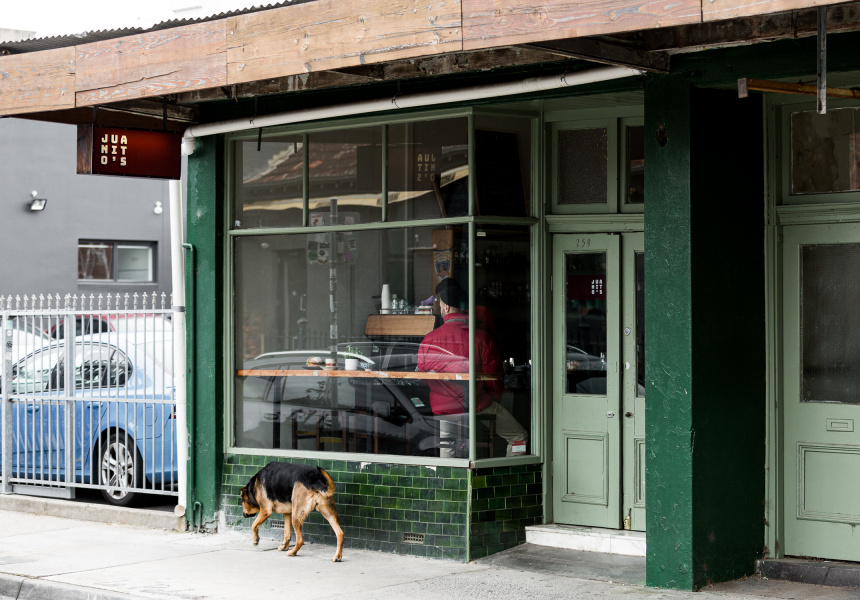 At Juanito's, things are kept simple. "Rolls – Pastrami, Salad, Vegan, $10," reads the chalkboard above the counter. Another board advertises coffee, cold drinks and sweets. In total, there are only 12 things listed. The beans for coffee are by Beat Coffee in Reservoir and the sweets are from Northcote Bakeshop. The cold drinks are from San Pellegrino, and as customers come and go, they’re often greeted by name and order.

Aside from its simplicity and friendliness, it’s the pastrami rolls that make Juanito’s what it is. The pastrami roll hype started back in 1996 at Rue Bebelons – a cramped city bar fondly known by regulars as Rue Bebs – where owner Tod Myles first started selling the simple creation. When Rue Bebelons closed in 2013, Myles launched La Paloma cafe in Brunswick, which closed three years later. Former La Paloma employee Juan Burgos took over the La Paloma site in April this year. His goal was to recreate the same vibe with Juanito’s, and he added the roll with Myles’s blessing.

They’re made with a bread roll from Chimmy’s bakery in St Kilda, pastrami from a local butcher, Austrian cheese, fresh tomato, cucumber, finely sliced basil, mayonnaise (made in-house every day), lettuce and avocado.