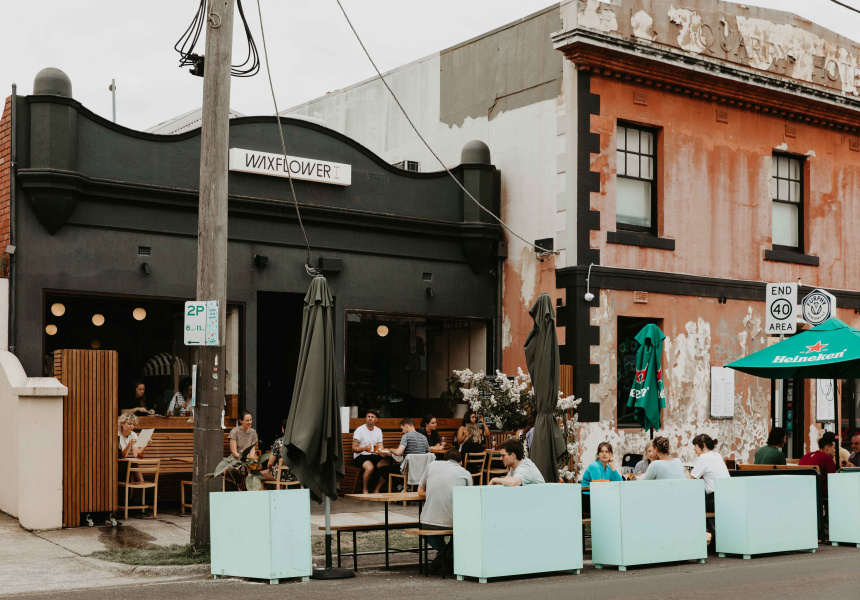 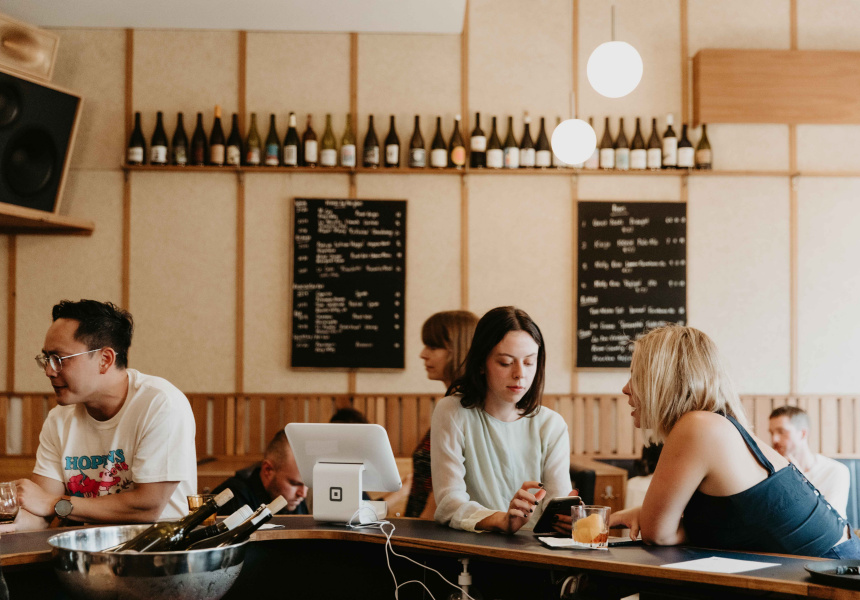 This three-part identity is visible from the doorstep. You’ll notice the gleaming Modbar espresso machine and its batch brew counterpart in the bar. Then the wine bottles perched on high ledges around the room, and their names written up on blackboards. And most prominent of all, a wall stacked with 3500 records owned by Jimmy Pham (DJ name Walter Majik), one of Waxflower’s four founders and the man in charge of the music program and accompanying Soundcloud account.

He books local stars such as Miss Goldie, Wax’o Paradiso and Myles Mac, giving them the chance to spin jazz, downtempo, experimental, psychrock, and other genres that don’t necessarily work on dancefloors. Or not – house, disco, funk and soul are also possibilities here.

Whatever’s on, this is a sublime setting for performer and audience alike. The DJs work with Technics turntables and a handmade Isonoe rotary mixer all the way from London. The bar’s gorgeous twin speakers were custom-made by a Hobart-based firm, Pitt & Giblin. The walls? Carefully treated with wood-wool panels to improve the room’s acoustics and ensure diners don’t have to yell at each other to be heard. The sound is rich and detailed, but not overpowering.

DJs play six nights a week, from Tuesday to Sunday, with no cover charges. They stand directly behind the bar, facing that front doorstep, rather than squirreled away in the corner. Floor staff squeeze past them carrying stuff to patrons: tap beers from local breweries; natural wines from Australia and beyond; and plates devised by chef Damon McIvor (ex-Fitzroy Town Hall Hotel).