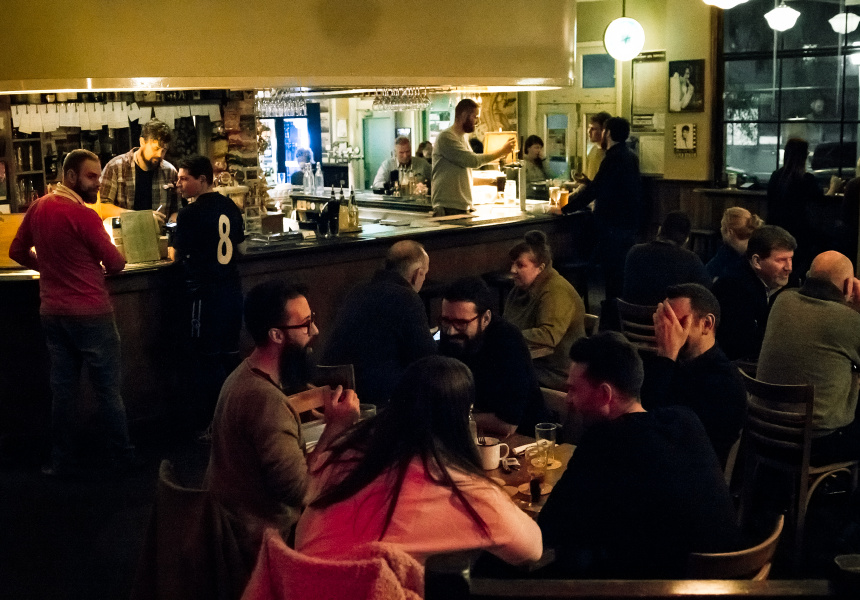 It seems that every suburb in Melbourne’s north has a Union Hotel. This one is buried in the backstreets of Brunswick, on its namesake Union Street. The former strip club is a true local, offering good pub grub, craft beer and live music.

Look for the people sitting out front drinking jugs, next to the racks filled with the bikes of patrons. Local bands play on Saturdays and Sundays, Tuesday is trivia night and there’s a leafy beer garden out back for further conviviality.

There are five beers on tap and plenty of bottles in the fridge. Most are local brews you’re allowed to take home, too. The wine list features weekly specials and some regular decent drops, such as the Bress NV Macedon Sparkling Pinot Noir Chardonnay.

The menu includes eggplant parmas, salt-and-pepper calamari, a porterhouse steak and the signature Union Burger – a beef patty stacked with a battered onion ring and Swiss cheese – but the boat is pushed out with the lamb ribs, slow-cooked for 12 hours, and the Spring Bay mussels in chilli tomato broth.

There’s nothing particularly remarkable about this pub, apart from the fact that it harks back to simplicity of old no-frill boozers with solid counter meals. And sometimes, limited options are a really refreshing thing.