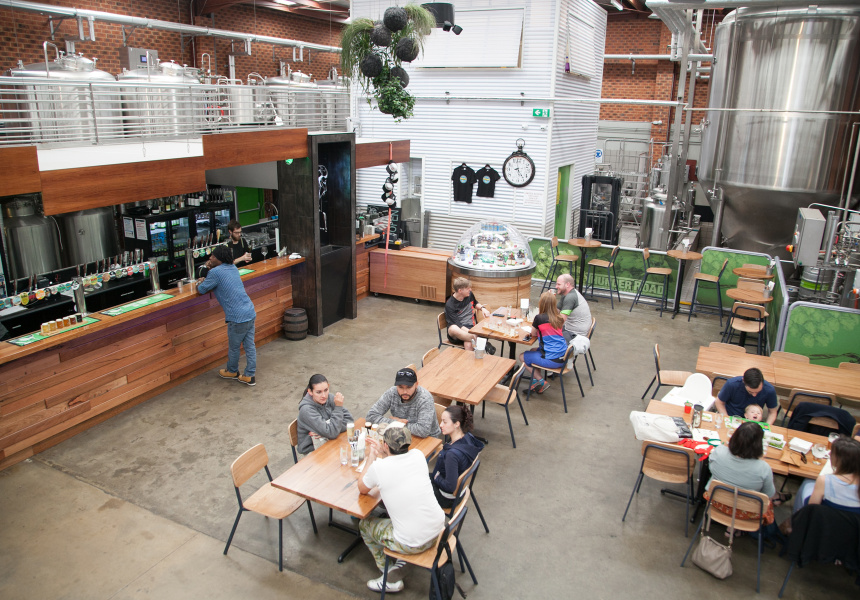 Few breweries in Melbourne bring you into the action like Thunder Road. Its fermentation tanks aren’t enclosed by glass, nor stuck in the corner or behind the bar. Instead, you’re completely surrounded by the stainless-steel giants as you drink.

Despite this obvious focus on beer and its inner-north location, Thunder Road is almost the antithesis of a craft brewery. Bitter hop-bombs and barrel-aged beasts are available – the latter made on site in a limestone “cave”, no less – but they’re the B-team. Crowd-pleasing styles such as lager, bitter, pale ale, Kolsch and cider are the stars.

The brewery’s back-to-basics approach is no surprise when you consider the background of owner Philip Withers. He started Thunder Road in 2010, but he’s been drinking beer and collecting memorabilia since well before the craft movement came along.

His collection is stashed in the heritage-listed cottage attached to Thunder Road. It’s named The Keith Deutsher Library, in honour of Australia’s most reputable beer historian. Inside you’ll find vintage bottles and labels, old draught keg systems and other curios, such as a signed photo of brewer James Boag posing with the Tasmanian cricket team.

Visit the replica Airstream caravan in the sunny forecourt for beer food such as potato cakes, chicken wings and eggplant parmigiana.