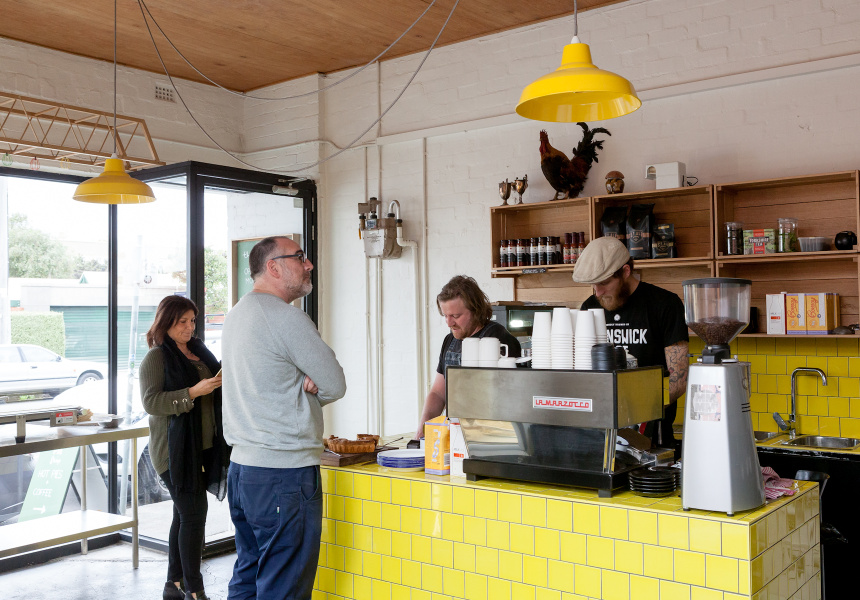 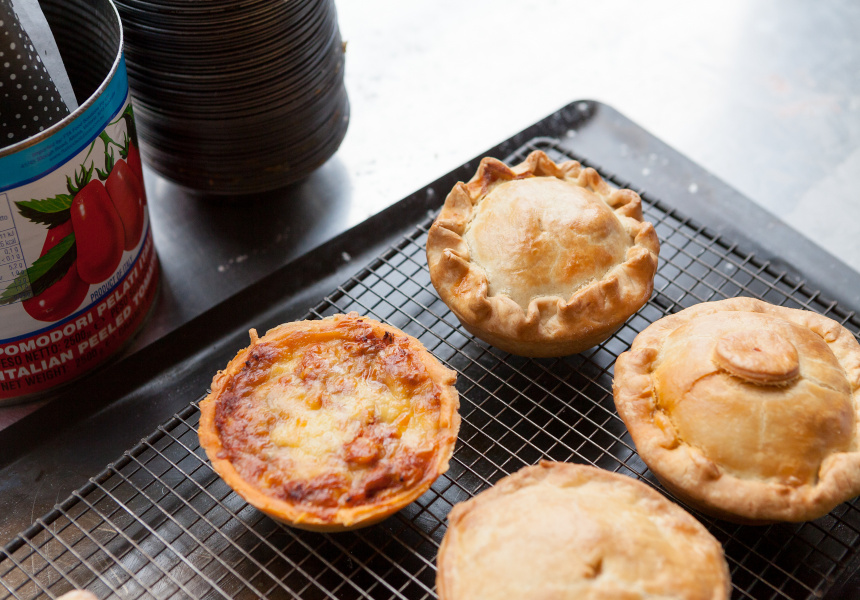 Matt Wilkinson, chef and former owner of Pope Joan, turned this small former grocery shop into The Pie Shop in May 2017. Since then, it's been quietly making some of the best pies in Melbourne.

The Allen has a beef and vegetable filling cooked next door at Pope Joan. The mixture is spooned into shortcrust pastry bases Wilkinson assembles in a little space by the front window of The Pie Shop, where you might find him rolling out long, yellowish sheets of pastry on a special machine, before baking in the rear of the store.

Past pies have included the golden-brown, crimped-edged Daryl pie, filled with curried turkey, sweet potato and spinach; the Bruce, a pork-based spaghetti bolognaise in a pastry bowl (pasta and all) that’s baked with melted cheddar and mozzarella on top in lieu of crust; and the Clancy, a vegetarian Middle Eastern mix with pumpkin, Swiss chard and haloumi cooked inside pizza dough, much like a calzone. When Broadsheet last visited, we liked the the Shazza pie, with a caramelised onion, potato and cauliflower-cheese filling that's adapted from a croquette recipe.

The diner-style dessert pies come by the slice (or whole if you pre-order 24 hours ahead) with aerosol whipped cream on the side. They’re on a weekly rotation. There’s been one with buttermilk and Rooftop Honey and another with balsamic stewed strawberries and rhubarb.