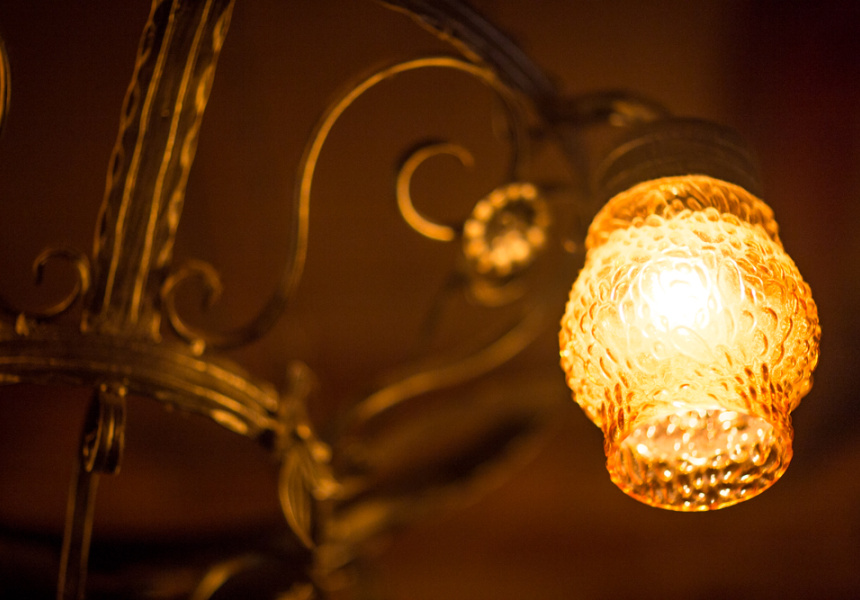 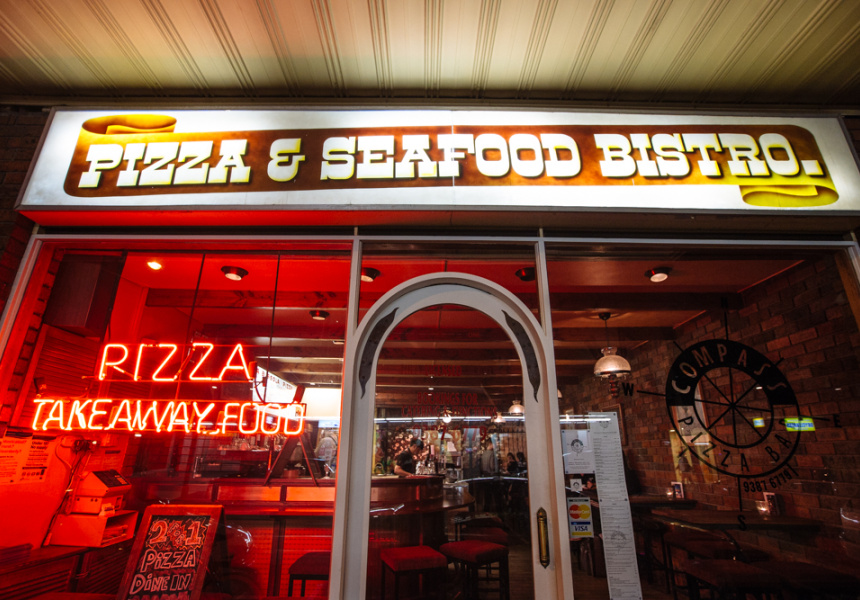 La Bussola’s been there forever. Its glossy brown bricks and wrought-iron gates; its faux-marble salad bar and curly red neon; the wood fire are all heritage Brunswick. But, like its pizzas and parmas, its original owners were getting a bit tired. Luckily, this classic Italian eatery hasn’t been razed for another eight-story apartment building. Instead, a local crew took over the old restaurant under a (sort of) new name: Compass.

The team behind neighbourhood favourites Wesley Anne, The Edinburgh Castle and The Charles Weston (formerly the Sporting Club) has taken over, preserving the kind-of-incredible mid-century interior and its equally mid-century (though less incredible) menu. The list looks much as it would have in 1973: Capricciosa nestles with the Aussie pizza, while the mains include Scallopini, Marinara and Schnitzel.

Like any good conservationists, however, they’re subtly improving the foundations, trading in tinned vegetables for local produce, emphasising organic and free-range and building an off-menu range of contemporary specials.

A distinctly party vibe is present, too. This is aided by a selection of local craft beers such as Two Birds and Australian Italian varietals including Pizzini Sangiovese.

Pizza, of course, is on the menu, from what Compass is billing as “Brunswick’s only electric pizza oven”. Head chef Joseph Nauer is kneading and throwing them himself, and making all the sauces from scratch. For $15 a pizza that’s tastier than anybody’s business.