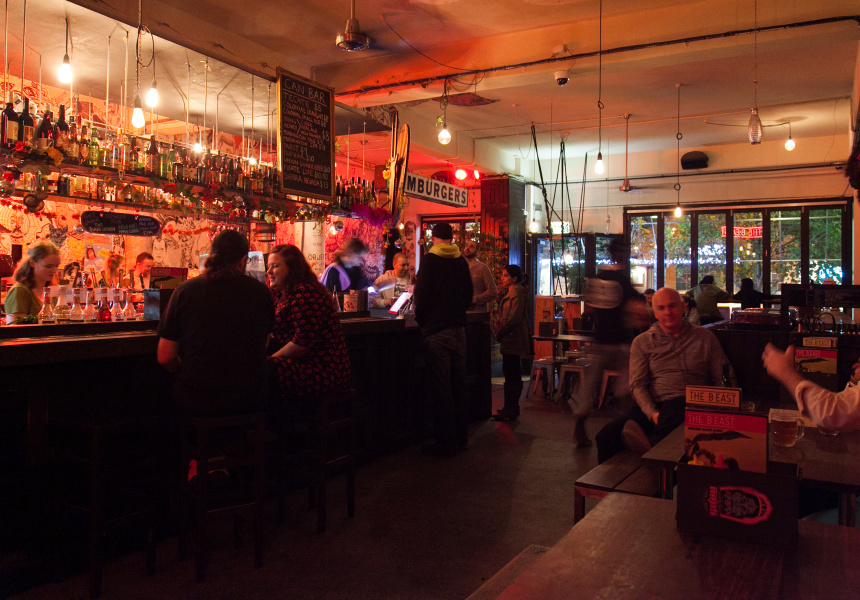 The B.East roared to life in 2012 adding some genuine flavour and a unique vibe to its upper-Lygon territory. The second venture from the team behind Section 8 and Ferdydurke, The B.East is a specialist burger joint that also works well for drinks only.

The B.East offers an inviting array of beef, chicken and vegetarian options, plus interesting sides. Everything apart from the buns is made on the premises. There's also a vegan barbeque night every Monday, which includes dishes such as vegan brisket burgers, mock chicken tenders and chargrilled vegan sausages.

On drinks there's an impressive range of beers and wines. Cocktails tend towards playful, such as Blood on the Tracks - "a Redskin in a cocktail" - and Frank Zappa, a cream-free Piña Colada.

There's an unpretentious ambience here, which embraces art and music (there’s enough surf rock to rival a Tarantino soundtrack) in an impressive space. There's also an emphasis on showcasing local artists – of a variety of genres – by playing their music through the loudspeakers and inviting them to play live on Fridays and Saturdays. Later on, DJs come in to the fold.