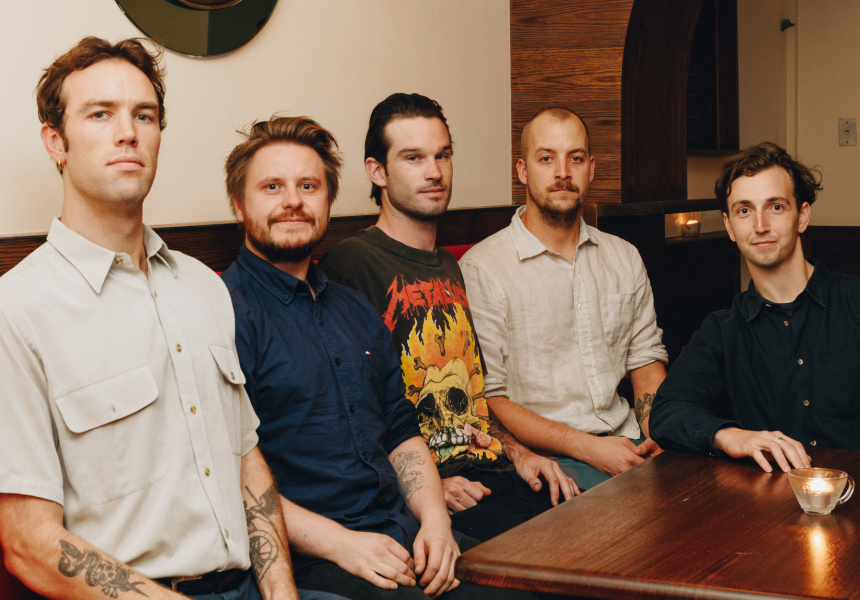 When Cafe Romantica closed in May 2017, Brunswick East was bereaved – it was the end of more than thirty years of parties, pizza and pool games for the 24-hour diner.

Bar Romantica owners Henry Crawford, Oscar Hermann, William Howard, Monty Mullooly-Hill and Ravi Thompson have wisely taken the venue in a different direction, to avoid competing with Cafe Romantica’s legacy. One crucial element has remained though: The Pizza Romantica, a nod to the venue's past, which is available until 5am on Friday and Saturday nights.

But while you can still get late-night pizza, chefs Rory Kennedy (Lume) and Joseph Farrell (Host Dining) have made big changes to the menu. Highlights include steak tartare with smoked egg yolk and potato crisps to start; and larger dishes, such as generous chunks of seared kingfish with lightly pickled kohlrabi, and olive-and-leek tapenade with capers and dill.

The relaxed but confident service complements a simple and strong drinks list: it's all-Australian, with craft beers from Victoria and drops from the Yarra Valley and the Mornington Peninsula, backed up with classic cocktails.

From the original room, the terrazzo floor remains, along with a pool table at the back (which is free to play); the old granite bar has been repurposed into love-heart-shaped tabletops. The space has been changed in more ways than not though, and now features some breathtaking joinery. A massive crescent of wooden bar made from American oak now occupies the front of the room. Meanwhile, a half arch crosses the roof from the bar to the opposite wall, which is lined with deep scalloped booths. Opposite the booths is more bar seating looking into the open kitchen, which includes Cafe Romantica’s original pizza oven.

At Bar Romantica, the lights and palette have been turned way down. The old, harsh fluorescent light fixtures have been swapped for warm art-deco milk-glass pendant lights, and the bar and booth seating is upholstered in valentine-red vinyl.

The effect is pronounced: Bar Romantica is genuinely romantic.