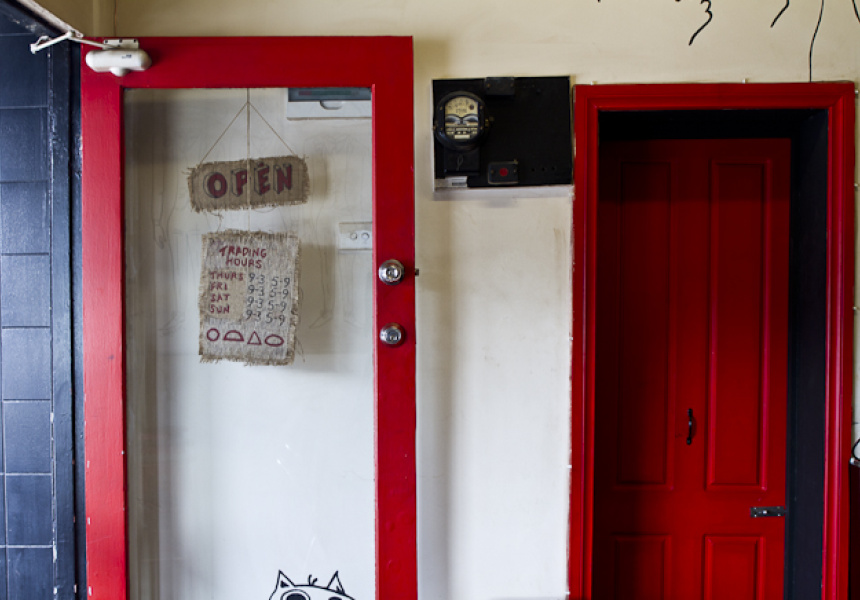 With its unassuming shopfront and simple decor, Mankoushé (pronounced Man-oush) is all about the food. While illustrations of suited men with pies for faces decorate the walls inside, this Lebanese bakery has joined forces with its neighbouring sister cafe, and things are just getting better.

This food-centric, laid-back environment has a genuine family feel to it with 'Mama's' expertise in the kitchen, including notable dishes such as shanklish, labneh and halloumi cheese, with brothers Hady and Jad working hard to bring the food they grew up with in Lebanon to the streets of Brunswick East.

With an offer of breakfast on the weekends, this cafe can cater for every meal of the day. If you're lucky you may find a seat inside, but there are plenty of tables and chairs out on the street or in the colourful umbrella-laden backyard if not. Mankoushé packs out, though it’s no wonder with dishes so reasonably priced. In summer, when you’re feeling lazy, the Mankoushé brothers will even home deliver locally on red pushbikes.