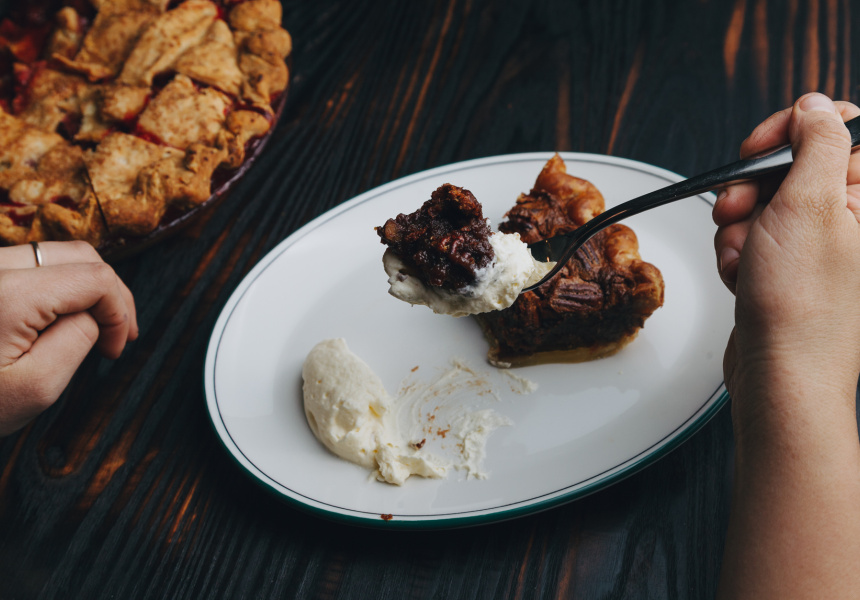 Ever met someone so stupid they can’t even recognise it? There’s a term for it: the Dunning-Kruger effect. Psychologists David Dunning and Justin Kruger coined the phrase in a 1999 academic paper.

Gene Mills, Courtney Tuul and a bunch of their mates first heard about this on an episode of This American Life. They thought it was hilarious and decided to name their bar after it, as a dig at their own naivety. Most of the big group dropped out, so now friends Jeremy Soawyer and Purdy Jane Rhodes are the only minor partners.

Rhodes is the graphic designer behind the bar’s mountainous logo, which conceals a confidence versus competence graph from Dunning and Kruger’s original study.

It’s the one slick thing about the place, which is otherwise charmingly simple. There’s an eight-seat table, three standing tables, a black brick bar and a few padded banquettes at the front. It has an exceptionally personal feel, as Mills and Tuul live out the back and only employ a single staff member.

Mills chose every drink on the small but well-rounded list, based on personal experience. Pick anything and he’ll explain why he loves it. There’s beer on tap and in bottle, plus four red wines, four whites, two sparklings and one rose, all by the glass. Mills is less confident with spirits and cocktails, but he has a decent list anyway, from Gimlets and Negronis to Penicillins and Manhattans.

Tuul trained as a pastry chef and bakes at least two sweet, American-style pies every day. In the bar’s first week, there was a vegan Blushing Apple Pie made with apple, beetroot and a coconut oil-based crust; and a rustic lemon pie with a butter crust.

The rest of the food is more familiar: charcuterie, olives, pretzels, smoked almonds and cheeseboards from Harper & Blohm.