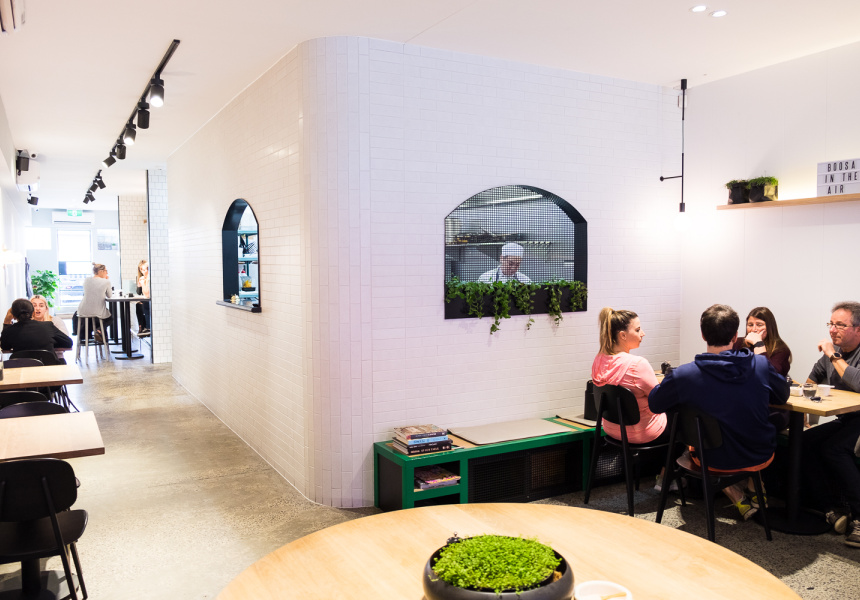 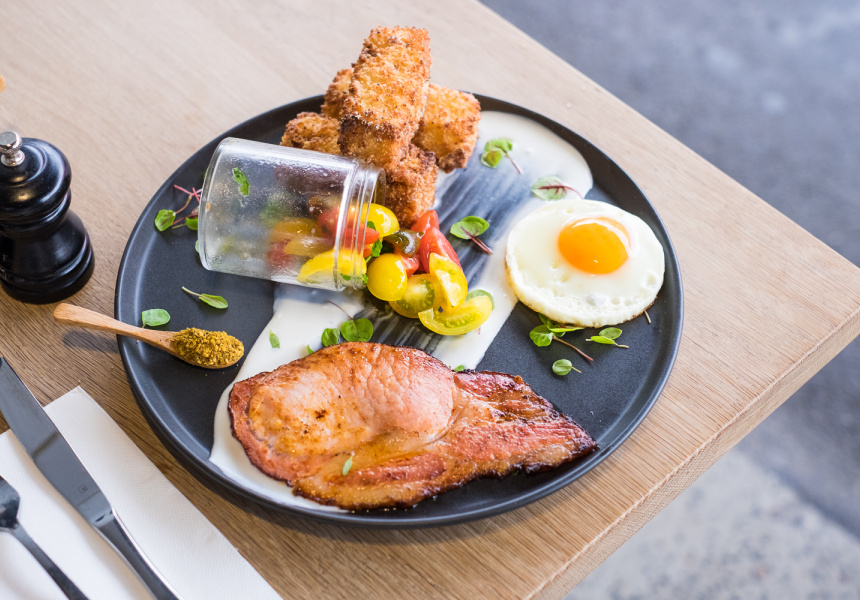 Boosa is the third cafe from Tammy and Eitam Brami (the same couple who set up Einstein’s 251 and Einstein’s Relative). They took their established niche of modern, Middle-Eastern cafe dishes and planted it right in Bentleigh East.

Eitam’s Moroccan grandmother Jacqueline used to say to him as a young boy, “give me boosa!” Boosa is the Arabic word for kiss. The cafe is a way of honouring her, and the food that derives from the family’s region.

Customer favourites were established in the first month of opening. Most go for the panko za’atar eggs with a pomegranate salad and haloumi. If not that, then the Cauli Power – a two-way cauliflower hash with shawarma-spiced bacon and a fried egg.

If you like a little theatre with your meals, consider the smoky lamb slider with chips. As soon as the dish lands on your table, a waiter lifts the glass cloche to unleash the smoky scent.

The Bramis have always used Omar and the Marvellous Coffee Bird coffee, but wanted to offer something different as their neighbour Merchant’s Guild was using the same. They offer 5 Senses instead.

To accompany your coffee, there are some small bites such as house-made doughnuts, and pastries and sweets from local businesses Mattisse Bread and Sara’s Cakes.