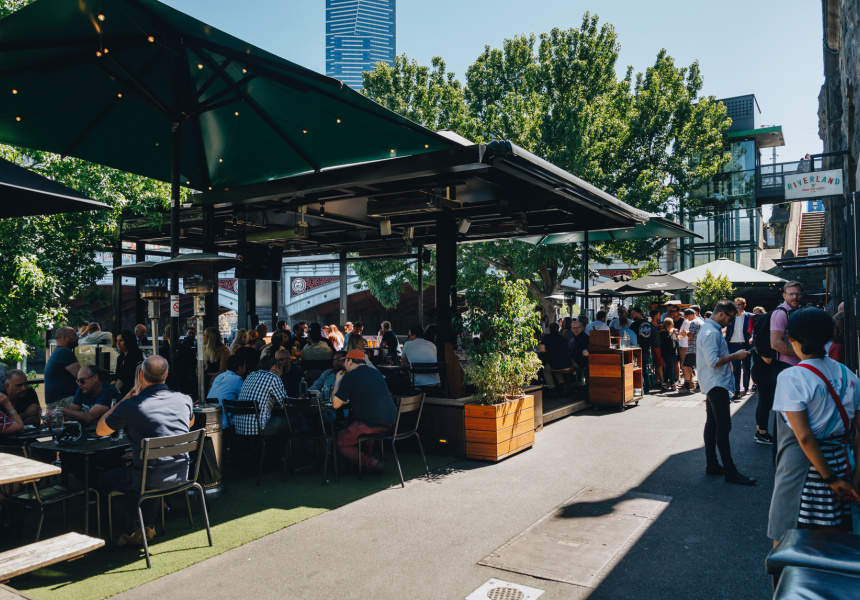 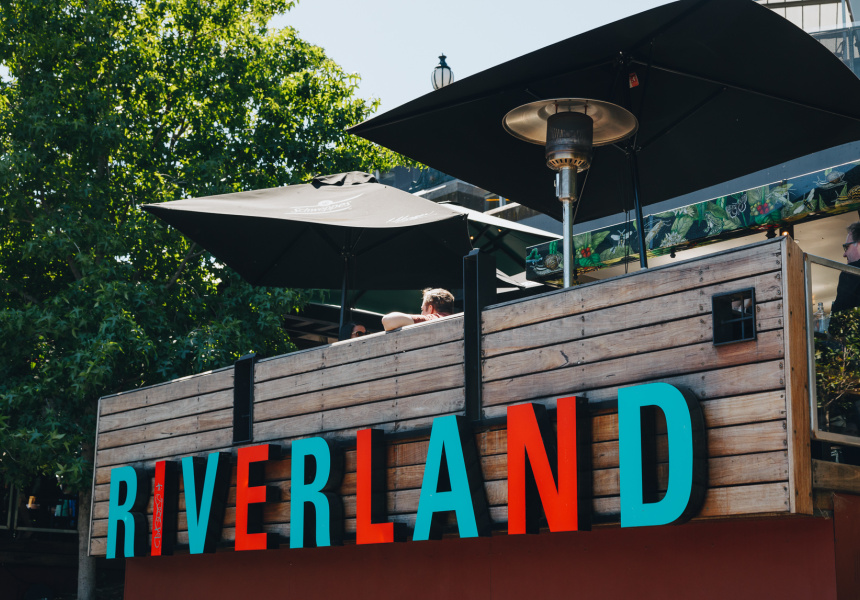 When Riverland opened, it was a fantastic city refuge, oddly hidden away from the nearby tourism of Federation Square. Now that the secret is out that there’s an alfresco beer hall right on the water, Riverland tends to draw a bigger crowd although it still manages to confound many seekers with its elusive location.

A plunging, dark stair right before Princes Bridge over the Yarra reveals a long space nestled into the old river vaults that's dotted with shades, umbrellas and leafy trees. Given the right weather, it’ll also be pressed with good-looking 20- to 40-somethings all drinking refreshing beverages.

Riverland’s offerings are shrewd and lean. A straightforward formula keeps most happy with easily recognisable beer selections, which are matched by a clean, accessible wine list and basic mixed drinks. The food is for serious snackers, with charcuterie and gourmet hotdogs ruling the roost, the latter being issued from their own custom hotdog grill that often sees healthy lines.

While Riverland isn’t Melbourne’s cheapest watering hole, the views and the Yarra’s cooling influence make it a must in summer.