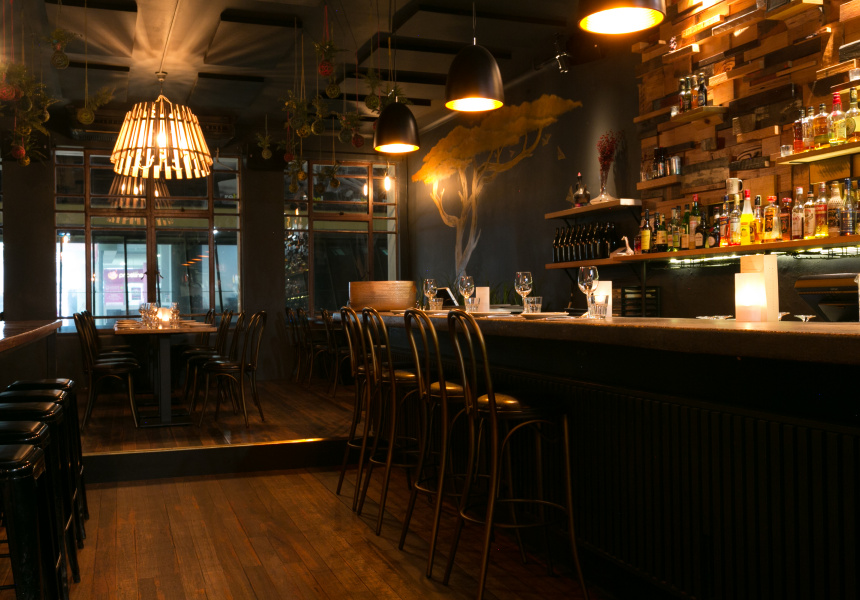 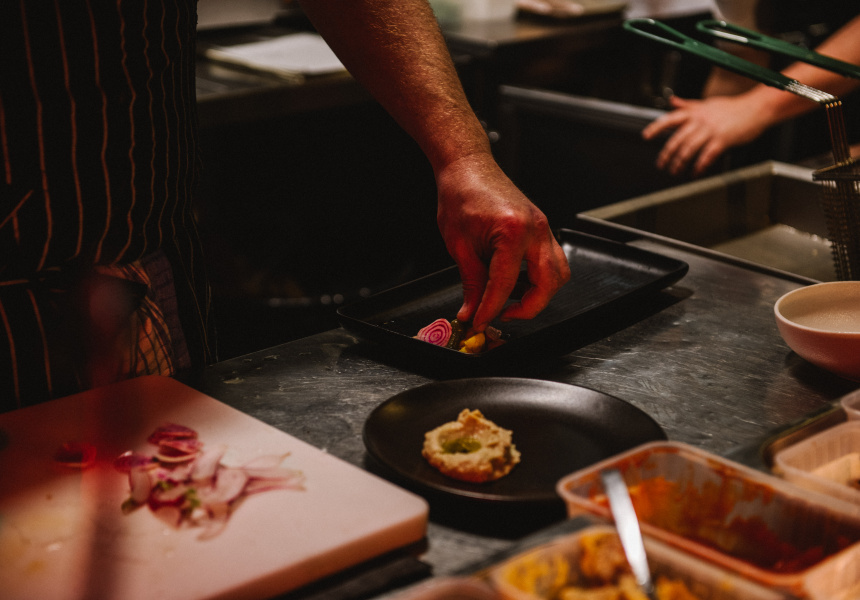 polepole (pronounced pole-eh-pole-eh) is inspired by couple Dean and Jeanelle Mariani travels through Africa and their urge to introduce CBD Melbourne to Sub-Saharan booze and barbeque.

Showcasing beers such as Tusker (Kenya), Dashen (Ethiopia) and Windhoek (Namibia), the beer selection tends toward German- and Dutch-style lagers which are refreshing, crisp and which go well with food.

To accompany said brews, a range of sharing plates was designed by consulting chef Andy Mac of Axil Coffee. Dishes such as the super-salty pork, almond and cinnamon cigars with pomegranate molasses are specifically beer-matched, while braised beef short rib with white-bean puree strays a little further from its African inspiration. Cocktails include A Ginger Lesson, (West Winds Gin, house-made ginger syrup, orange blossom and a cinnamon rim).

For the venue’s design, Votre Monde Interior Design has crated an understated coal, untreated wood and burnt-orange motif, with a single golden acacia tree painted on the wall, without any African kitsch in sight.