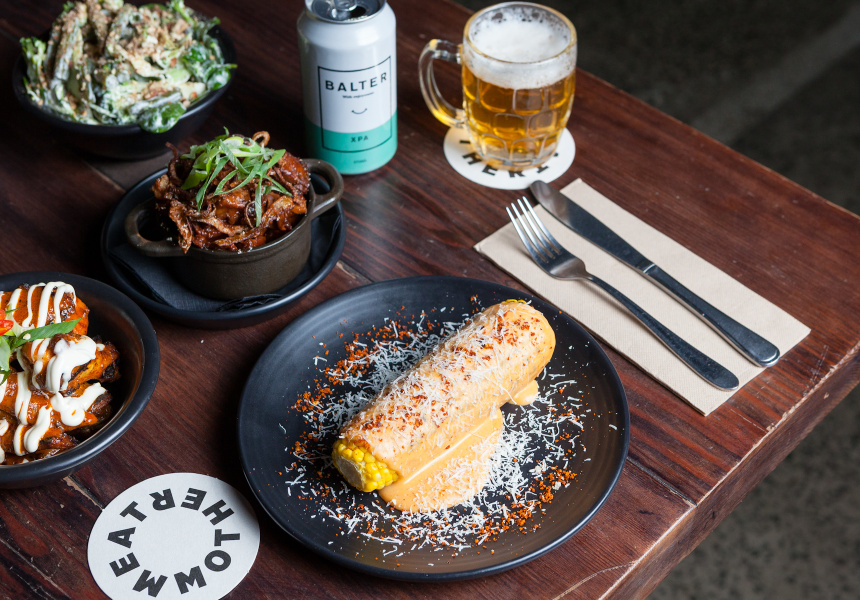 Barbeque has become a phenomenon in Melbourne. There are many great venues doing their spin on Southern-style meat-focused cuisine. Meatmother was one of the first, serving quality slow-cooked meat, and lots of it. Sister venue Meatmaiden followed 18 months later.

Meatmother’s approach to barbeque is fun, simple and delicious. You’re greeted by bartenders shaking up sours in the Meijer-designed downstairs bar. Choices include a whisky sour with porcini syrup; and an Aperol sour with watermelon syrup and orange bitters. Meatmother loves local, too, and with so many great brewers nearby, its fridge is always stocked with an array of Melbourne ninnies.

The menu features snacks such as burnt brisket ends, truffled mac’n’cheese croquettes and smoked hot wings. Buns are also a big feature, with combos such as pulled pork with pineapple salsa and lime mayo; and the bona fide Southern flavours of fried chicken, watermelon and slaw. If you’re all breaded out, the meats are served naked, too, so you can still get your favourite 12-hour smoked brisket and barbeque pork.