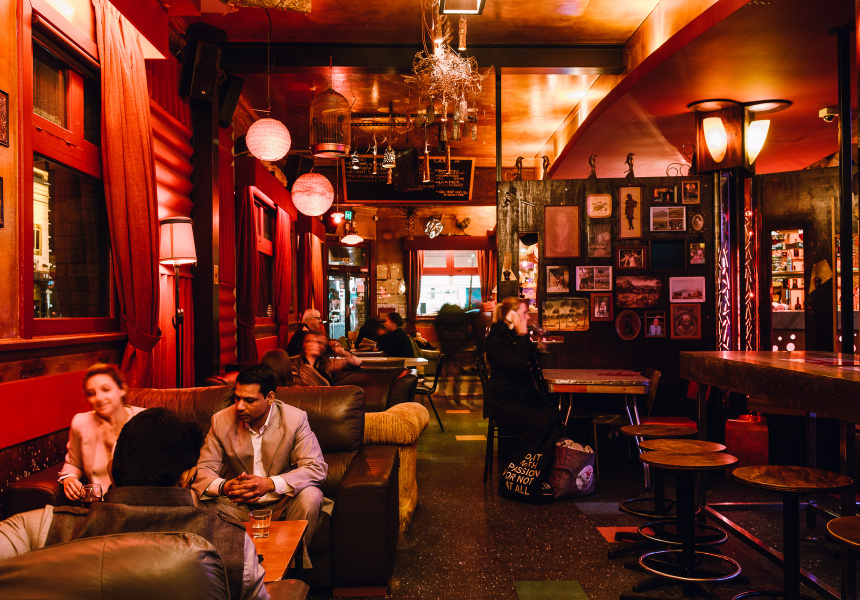 After the resounding success of Bimbo on Brunswick Street, Eddie Crupi, Pat and Max Fink (Naked For Satan) opened Lucky Coq in 2006. These days both venues are run by the Colonial Leisure Group, which owns at least 10 others around Melbourne.

If you’re part of the student crowd, Lucky Coq's combination of 14 beer taps, good DJs and $5 pizza specials is a tough act to beat. Don’t be fooled by that figure, either. These pizzas are far better than the sweaty cheese and factory-shredded ham you’d expect at this price point, with options ranging from simple margherita to a lamb and leek sausage pizza.

On support there’s crowd-pleasing beers such as Mountain Goat, Stone & Wood and Two Birds. There are also wines and a big selection of infused vodkas, which are used to make some rather fruity cocktails.

The downstairs area is filled with small clusters of mismatched furniture, and a dance floor where funk, soul and house DJs get a vibe going most nights. Upstairs there’s a separate bar and an open-air space that’s always heaving in summer.