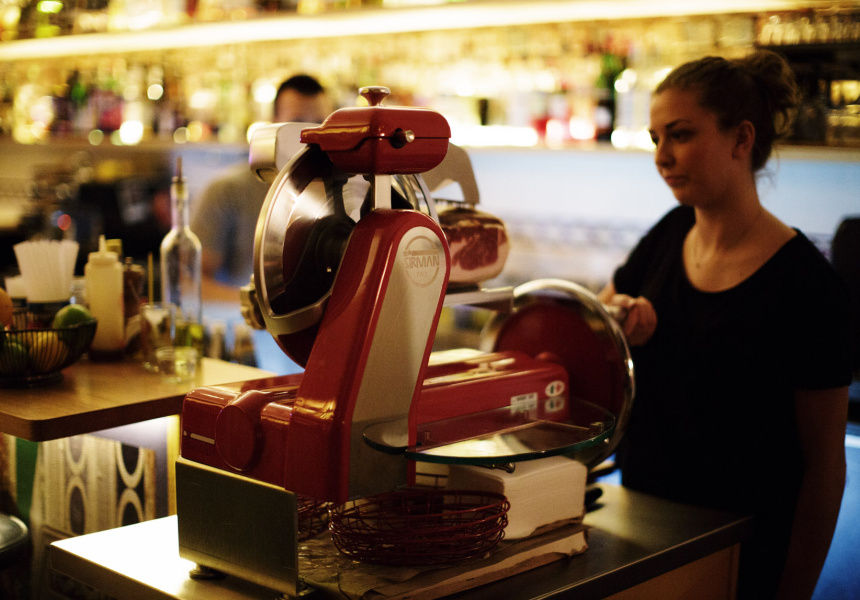 Joanie's Baretto doesn't want to be cutting-edge. It may be named after owner Marco Finanzio's Australian mother, but everything else about it celebrates the tried-and-tested Italian culture passed down by his father.

Finanzio did something similar with his first business, Umberto Espresso. That's just a few doors up, but it's only got you covered until dinnertime.

Here, that's just when things are kicking off, with patrons sipping traditional apertivos such as Campari, Aperol and Negronis. Over a formidable selection of salumi and cheese boards, they might move onto vino (all Italian), birra (ditto) or digestivo (grappa) while lounging in the comfortable banquettes up the back.

On Sundays, the backyard is transformed into a battleground, with Finanzio inviting various nonnas around to slow-cook their very best porchetta (rolled pork belly) over open coals.

Essentially, Joanie’s is a more welcoming version of the many Italian social clubs which still populate this stretch of High Street, where old men gather to play cards and drink grappa.

There's no daring cocktails, no look-at-me crowd – just you and your friends enjoying each others' company, in the way Italians have practised and perfected over hundreds of years.