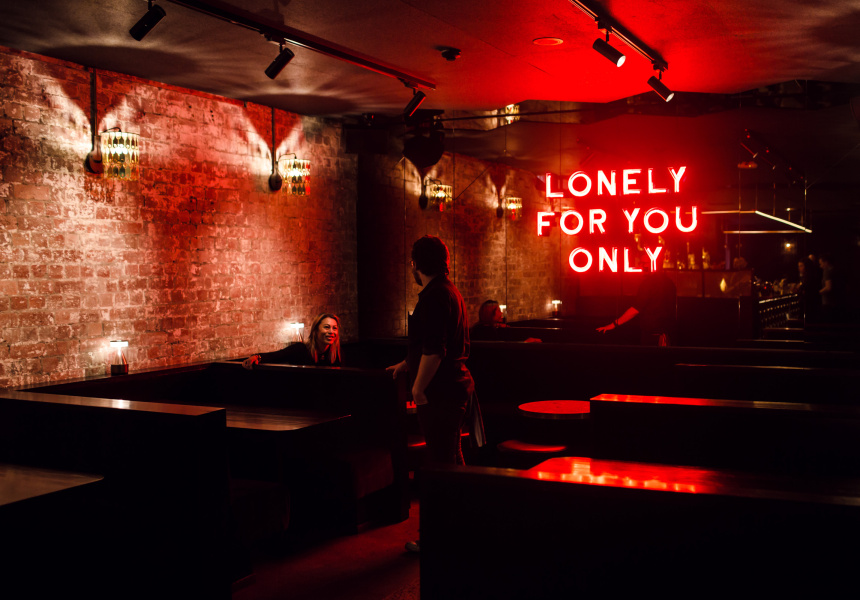 When GoGo Bar first launched, it wasn’t much more than an overflow for Chin Chin upstairs. The bar was fine for a drink, but not particularly notable for the CBD.

That changed in mid-2016, when both venues got a refurb.

Chin Chin’s was mild. GoGo’s wasn't. Banquettes now run the length of one wall. There’s new brass lighting, a banging sound system and bars made of stone and copper. Where GoGo once felt like Chin Chin’s tired waiting room, now it feels like a VIP area.

The 10-seat booths can be booked in advance for bar snacks or the entire Chin Chin menu. It’s a quieter, classier way to enjoy an expert take on Thai classics.

Sommelier Philip Rich sources just a few cases of wine at a time from some of Australia’s smallest wineries to create an “almost daily wine list”. It explores less-common varieties such as cabernet franc (a black-grape varietal) and gewürztraminer (an aromatic white-wine grape).

Like upstairs, Asian-inflected cocktails are prepared with serious attention to detail. Expect a few options containing jackfruit, lemongrass, ginger and other Asian ingredients alongside rum, gin, absinthe and other aromatic spirits.