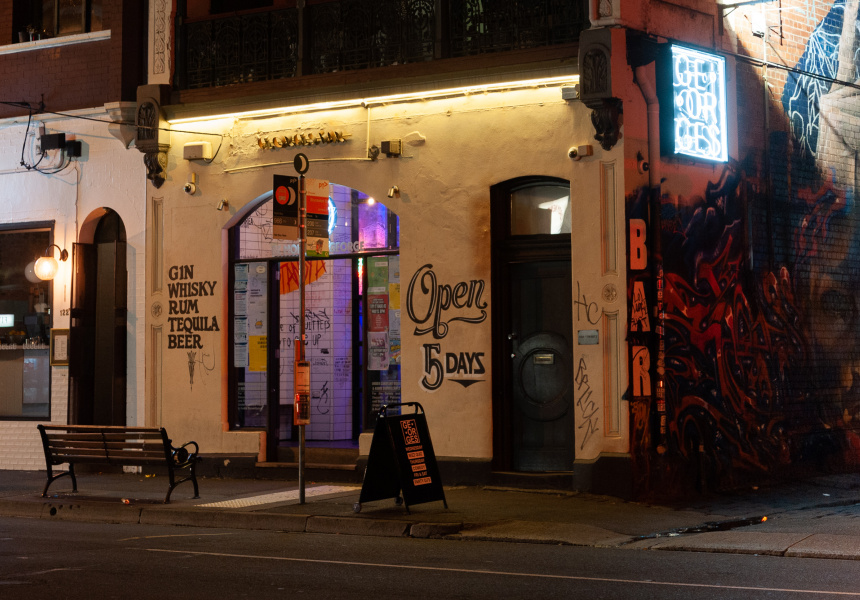 There are two quotes inscribed on the front doors at George’s Bar: “It's not a lie if you believe it.” and “Everyone must like me, I must be liked.” Seinfeld fans will recall these classic lines from the neurotic George Costanza, whose character inspired this tongue-in-cheek bar.

The bar is themed, but it’s pretty light-on. Inside there are character paste-ups, signed portraits on the walls and a copy of the pilot Seinfeld script signed by Jason Alexander.

A Frogger machine sits in the corner, and bowls of pretzels on the bar (they’ll make you thirsty). Owners Dave and Tina Barrett (who also own Laundry Bar) were wary of overdoing it.

Once you move past this novelty, it’s a simple sort of place. The easy-drinking beers are all by Lion Nathan, leaning heavily on the Little Creatures brand. Five signature cocktails, such as Draped in Velvet and The Hand Model, variously appeal to whisky, vodka and rum drinkers without being too serious.

Likewise, the fanciest of five toasted sandwiches is The Quitter (basil pesto, tomato and mozzarella). This isn’t the spot to impress a date, but if you’re planning a catch up with fellow Seinfeld enthusiasts, why not somewhere with a few extra laughs built-in?