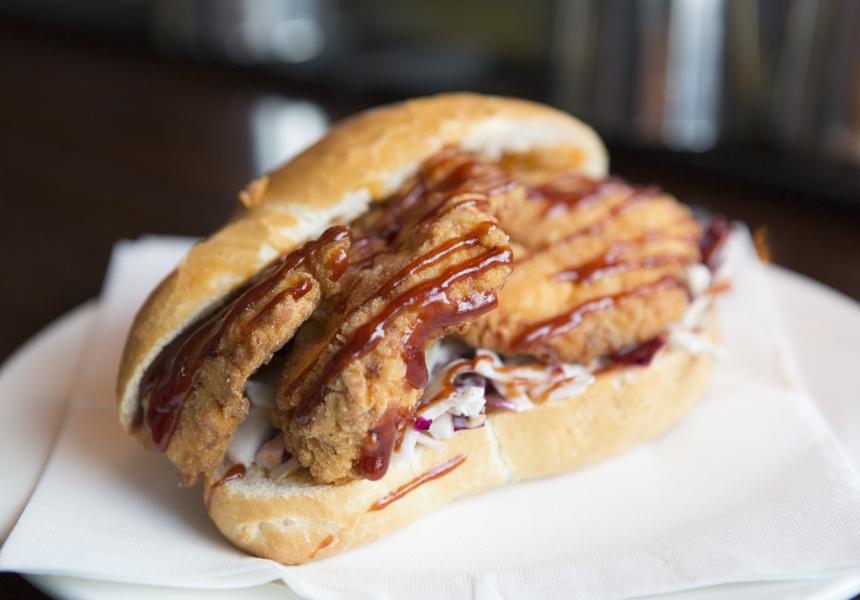 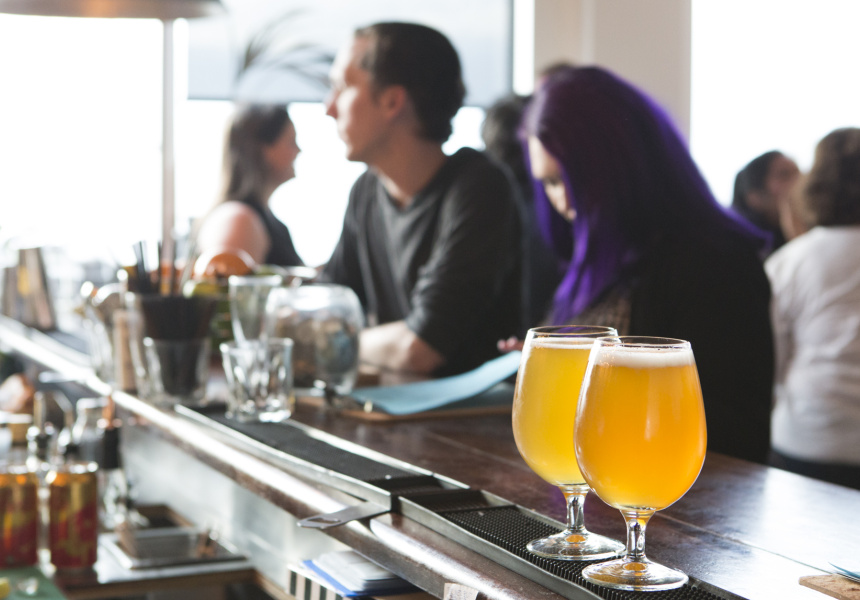 An unremarkable blue door. A staircase with worn carpet. East Of Everything looks more like the entrance to a dodgy accountant than anything. Only a few beer kegs on the landing hint at something more interesting.

The bar opened in 2012, as a counterpart to cocktail den Bar None. It began, in part, as a result of fire damage to the building. Needing to close and renovate, it gave sibling co-owners Genevieve and Michael Cotter the opportunity to create the space.

Inside you’re greeted by polished wood, white walls and an incredible view of the city. A balcony is hidden behind Art Deco doors. Partially enclosed, it’s perfect for daydreaming while watching trains come and go from Camberwell Station.

Beer is the focus. There are roughly 20 bottled, plus five rotating beer taps and one for cider. However, Genevieve’s background is in wine, and it shows in the thoughtful list.

Cocktail classics such as Negroni and Martini also feature, but the Princess Fiona is a favourite. The fun melange of fruit, vanilla vodka and Passion Pop is perfect on a lazy summer evening.

Food takes influence from Michael’s other businesses, Po’ Boy Quarter, Gumbo Kitchen and Pretty Mama. Quesadillas and the ever popular po’ boys are hard to overlook with a beer in hand.