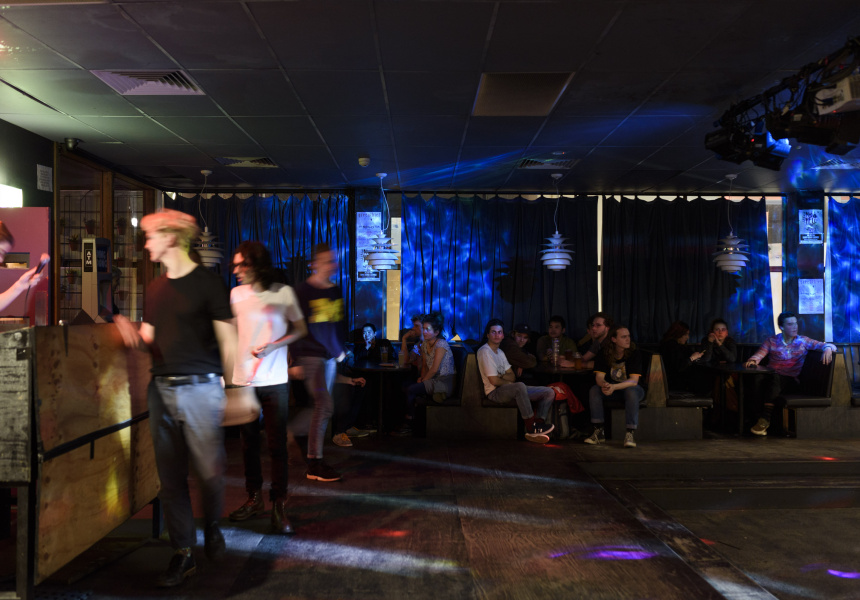 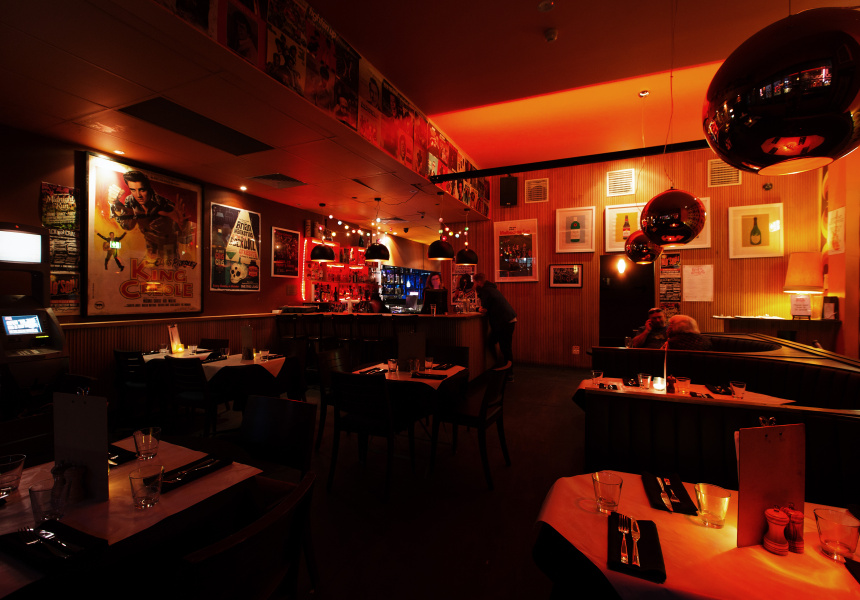 Ding Dong Lounge is a longtime favourite of musicians and punters alike. Billy Walsh, the former face of Cherry Bar and drummer of Melbourne punks Cosmic Psychos, opened the venue in 2002.

Walsh is a fan of live music and smart, casual dining, and wanted somewhere to share both his passions with the rest of Melbourne. The result immediately became known as the city’s go-to alternative music bar. Despite a slick renovation in 2012, the bandroom/kitchen has stayed true to its underground roots.

The new fit-out is striking, with an almost Kubrickian emphasis on colour and shape. From the red neon sign out front, to the cosy booths and stainless steel bathrooms, each section of the venue captures a different mood. Lighting design is by Melbourne artist Duckpond.

The 300-plus capacity bandroom hosts local and international bands early Wednesday through Saturday, before DJs take over after midnight. While the likes of The White Stripes, Rowland S Howard, Ariel Pink and The Melvins have all played over the years, the musical links don’t stop on stage.

Legend has it The Black Keys’ Dan Auerbach helped out behind the bar one night, and Oasis frontman Liam Gallagher asked Walsh to sell him the venue after visiting. Radiohead’s Thom Yorke allegedly described Walsh’s mum Janet’s sausage rolls as “heavenly” at an end of tour party, too.