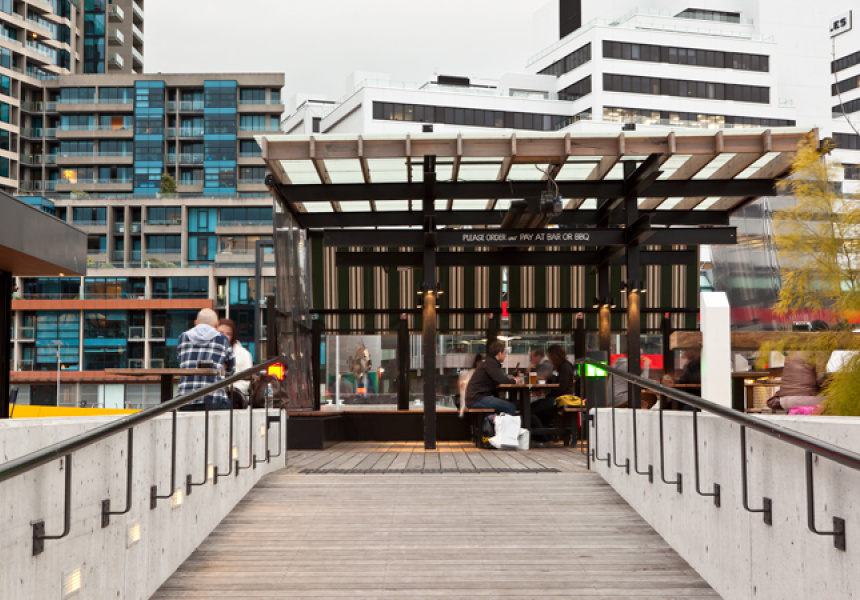 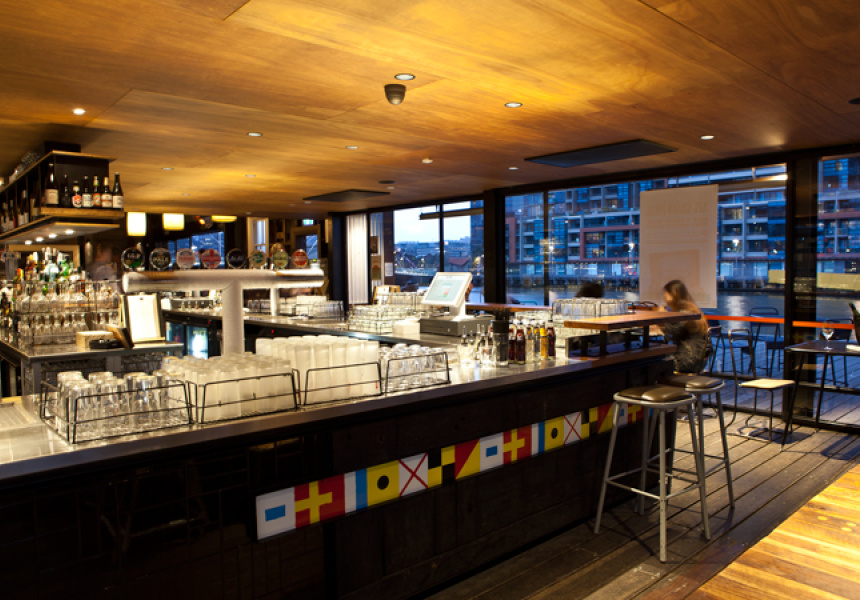 The Boatbuilders Yard is a 1400 person-capacity bar set on the water at South Wharf. It's owned by Dave Sharry and Richie Ludbrook. If you don’t know them by name, you’ll surely know their earlier projects Riverland and Wye River General Store.

Six Degrees architects has cleverly interpreted the space – which stretches out over the river itself behind Jeff’s shed – with a combination of its signature open plan use of steel and glass and just a hint of the spirit of the venue’s namesake, with reclaimed timber and some subtle nautical flag touches. Overall, the space feels a little sterile, but you have to allow for the surrounds of futuristic bridges and towering buildings among which it's nestled.

The food thankfully takes in the proven winner from Riverland: the big barbeque. Organic sausages in white rolls are dished out from a satellite bar that flanks the side of the venue. A good selection of easy meals and bar snacks fill out the menu with a Mediterranean slant. Sit-down breakfast is also on the cards as the venue opens at 7am to cater for the crowds heading to and from surrounding offices and residences.

The drink selection is a little disappointing. The beers and ciders give little credence to the increasingly discerning palates of a savvy Melbourne drinking public. But if you’re drinking at the height of the sunshine, it’s doubtful that you’ll care too much. In contrast, the wine list is extensive, both by the glass and bottle.