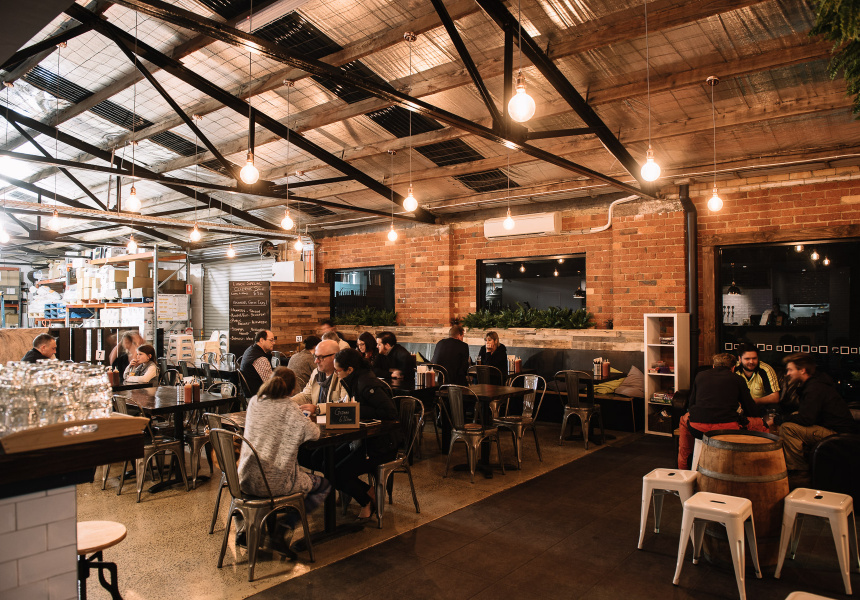 “Leading you into temptation” is Bad Shepherd’s motto. Judging by the tables consistently packed with hungry families, drinkers and local workers, it doesn’t look like much leading is needed. And temptation is here in spades.

Leaving corporate jobs behind, husband and wife team Dereck and Diti Hales combined his talent as an award-winning home-brewer with her love of smoking meat. The result is the spacious and modern brewpub Bad Shepherd, which they opened in 2015.

The taps feature beer from both breweries alongside regular rotating beers from their friends in the industry, with the aim of highlighting everything good about small, local brewers.

Even with so much choice on offer, the Bad Shepherd beers are the most popular over the bar, with the Hazelnut Brown Ale a surprise hit. One taste of the beer, loaded with hazelnuts and vanilla, and it’s soon apparent why. For those who can’t decide, tasting paddles are also available.

Sides include house-made pickles, creamy (but vegan) macaroni salad, zingy charred corn, and flaky buttermilk biscuits to mop up all the goodness. And there are handheld options such as brisket burgers and popcorn-cauli sangas.