The Astor Bar and The Roving Marrow 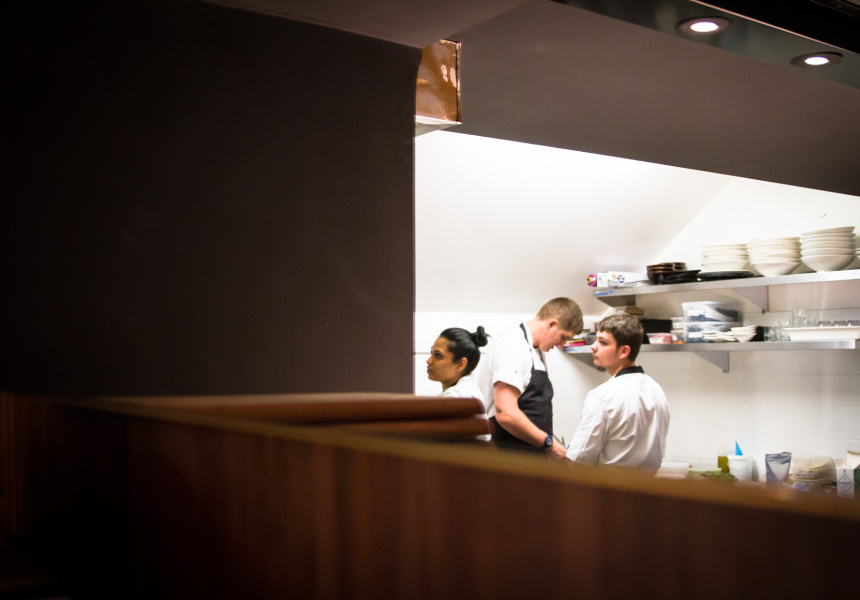 Darran Smith co-owns the Astor restaurant and the adjacent The Roving Marrow with his wife, Ilona Phyland. Smith previously managed Icebergs (Sydney) and has been working in fine dining since he was 18.

The Astor is a casual 40-seat front bar with orange banquettes, brown tiles and a snack menu featuring three fancied-up hotdogs. The Roving Marrow is a slick, 50-seater dining room in dark timber and contemporary lighting. The latter is where the European yum cha happens.

Chef Hayden McMillan sends out two custom-designed trolleys. The first displays his take on a raw bar, with garnished oysters, pickled clams and ferments that have been months in the making. The second is loaded with rotating snacks and might include anything from spanner crab and smoked dashi soup to duck ham with hazelnuts. A la carte, there’s a sample of traditional yum cha, a handful of seasonal mains and fruit-driven desserts.

Former Icebergs sommelier Rudolph Bertin is responsible for the extensive wine list and Mike Enright (The Barber Shop, Sydney) for the cocktails, while Heirs + Grace kombucha takes on the cleansing role often associated with tea during yum cha.

The Roving Marrow has separate operating hours to The Astor.