A New Arts Precinct to Open in Collingwood

This neglected building has been hiding a huge space for 10 years. Most people don't know it exists. The Johnston Street site where Contemporary Arts Precinct (CAP) will be developed. 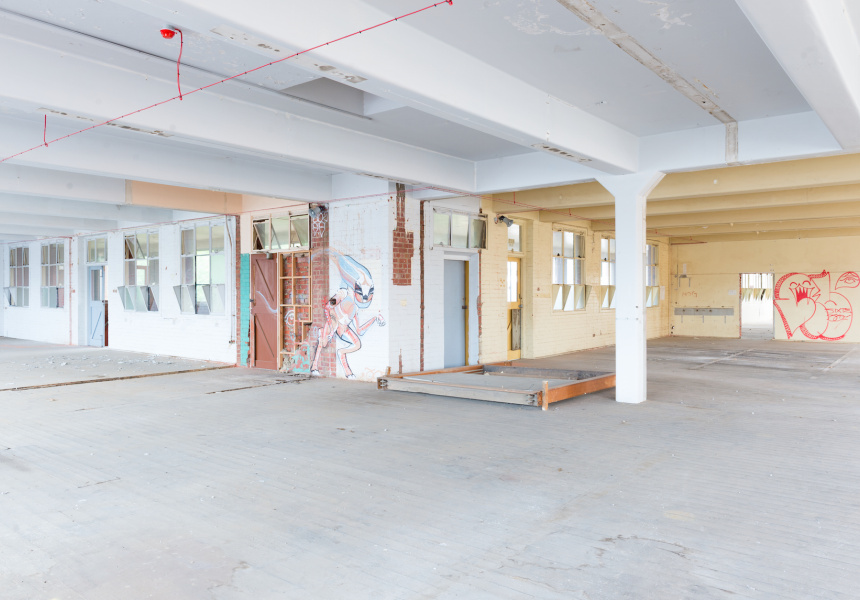 Inside the current Johnston Street site where Contemporary Arts Precinct (CAP) will be developed. Inside the current Johnston Street site where Contemporary Arts Precinct (CAP) will be developed.

The walled-in, derelict site of the old Collingwood Technical School on Johnston Street will be redeveloped in 2018 into an arts-and-creative hub called the Contemporary Arts Precinct (CAP).

It will host galleries; artist studios; offices; and rehearsal and performance spaces. The site is currently a 970-square-metre space with some run-down buildings, a huge courtyard, grass and leafy trees. It will be the only open, public space within roughly a kilometre in any direction. And most people don’t know it’s there.

Last week the project was promised another $3 million by the state government on top of $4 million from Creative Victoria (a state-government body) and $4.5 million raised from private donors. The total $11.5 million means this arts centre can go ahead.

“The whole point of it is to support arts and creative projects,” says CAP’s CEO, Marcus Westbury, “It’s a once-in-a-lifetime thing.”

It might be called an arts precinct but Westbury says it will be a destination for the whole community. “There will be space for hipsters and high art, and spaces where you can just wander in with a pram and a two year old and just let them run around,” he says.

CAP will host a mix of independent, funded, small-to-medium arts organisations and new projects and practitioners. If an emerging creative needs a hot-desk or rehearsal space, CAP hopes to provide it. Established organisations that need to take CAP up on its subsidised rent will also be welcomed.

CAP will charge rent that is less than market value, but enough to keep it going. “So we won’t need to go to the government all the time with our hands out,” Westbury says. “If we can make it a partnership between government and philanthropy, and then the running costs sustain themselves, that would be really good.”

On a federal level, funding prospects for arts organisations have been grim. In May of this year the federal government announced funding cuts to the arts that affected organisations such as Melbourne-based literary journal Meanjin; East St Kilda theatre company Red Stitch; and the Centre for Contemporary Photography in Fitzroy.

But successive Victorian state governments have been investing in the arts. CAP’s shared philanthropy-government funding model has gotten it this far. Westbury, says this latest $3 million means the site can be built and made compliant, but to make it amazing, CAP will continue to fundraise actively.

Events will be held at the site between now and CAP’s opening in late 2018. CAP is also currently looking at expressions of interest from organisations and potential tenants. Some organisations already associated with CAP (but do not have confirmed tenancies) are Gertrude Contemporary and the Centre for Contemporary Photography.