Controversial art, uniforms by Alpha60 and a sleek fit-out that feels as Manhattan as it does Melbourne. What exactly went into the design of the Lucas Group’s new Japanese restaurant? 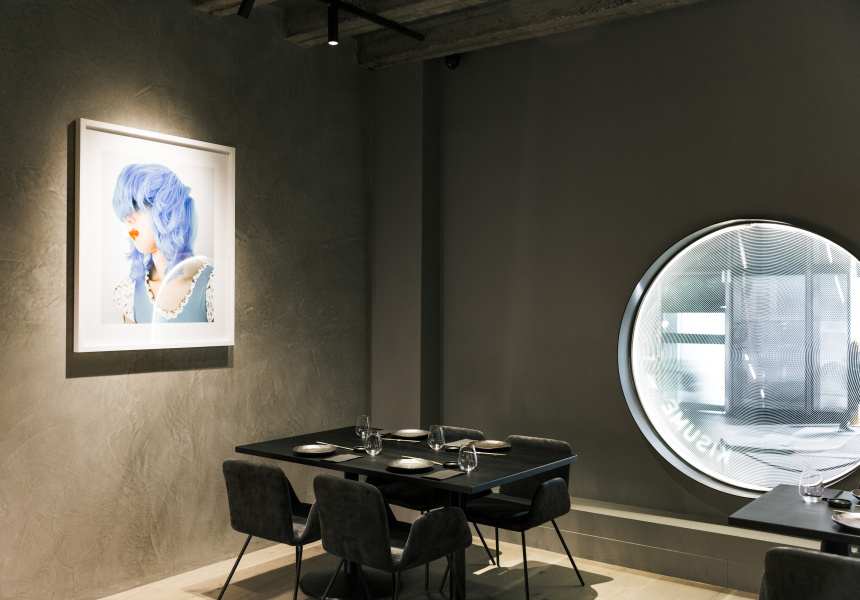 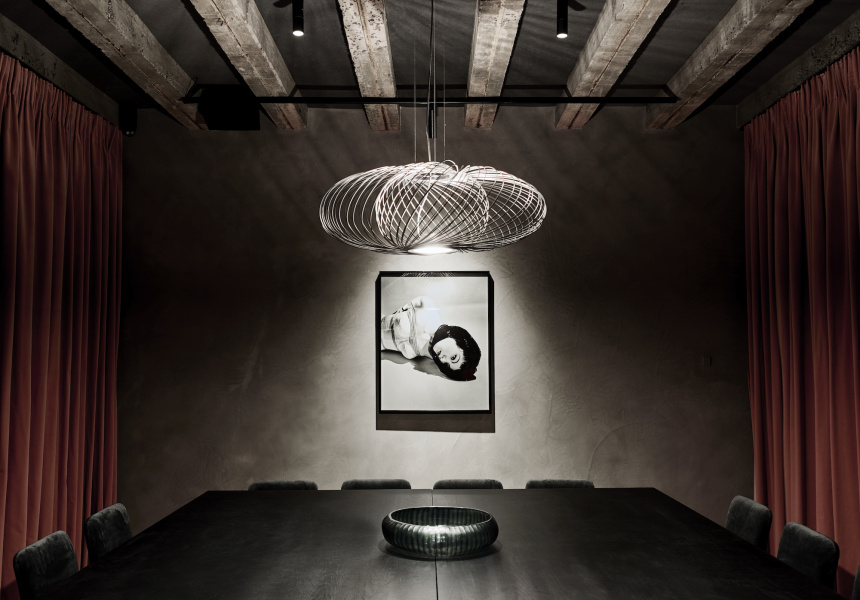 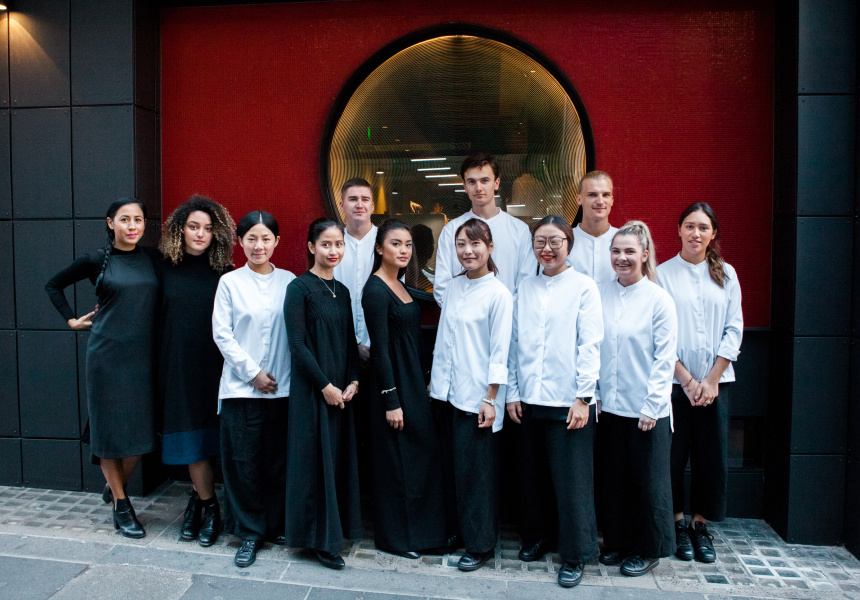 Director Chris Lucas has made it clear he wants the restaurant to be of “international standing” – hence the hiring of South Korean sushi master Moon Kyung Soo, and sommelier Jonathan Ross, an Eleven Madison Park alum from New York.

The same attitude applies to the fit-out, from the fixtures and furniture, to the fine art on the walls and the Alpha60-designed staff uniforms, which are a first for the Lucas group.

Projects of Imagination. Bergman & Co. Samantha Eades. Craig Tan. When it comes to architects and designers, Lucas hasn’t exactly aimed low in the past.

For Kisumé, he went with Wood Marsh Architecture, a firm that hasn’t worked on a restaurant for two decades but which is one of the most renowned residential architects in Australia.

“I’ve known Randal Marsh for a long time,” Lucas says. “I personally think he’s one of the most talented architects in the country. He’s internationally renowned. It’s just like bringing the international sommeliers and chefs – I wanted to have a world-class design team.”

For the same reason, Lucas enlisted Melbourne and Hong Kong-based designer Fabio Ongarato for the interior. Kisumé “was about working with people who not just have an Australian sensibility, but have an international sensibility, too”, Lucas says.

“We took a curatorial perspective with Kisumé, with a focus on mystery, sensuality and form,” Marsh says.

“It’s sexy, yet thought provoking,” adds Ongarato, creative director at his eponymous firm. “We’ve tried to build something beyond trend – something everlasting.”

The result is a moody, understated bunker where the brightest hues are limited to blond timber counters, burnished gold edging on the tables and matte bronze or gold light shades, which recall elongated lobster pots. 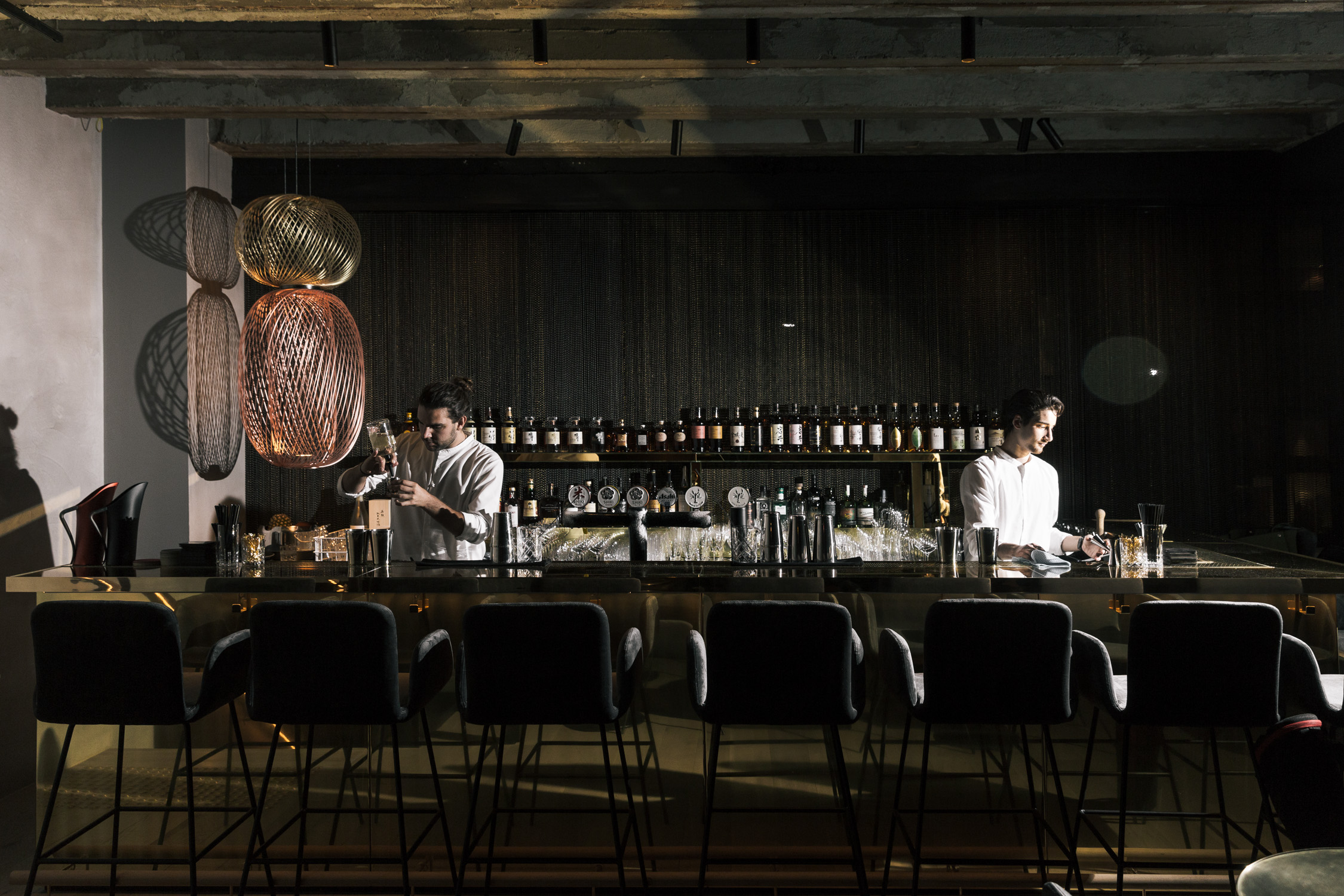 Elsewhere it’s all blacks and greys, from the overhead exposed concrete beams, to inky leather banquettes and obsidian columns. Though Kisumé is open for lunch, this is a night-time space, through and through.

Where flourishes do appear, they’re subtle. The restaurant is mostly inconspicuous from the outside. The only giveaway is a wall of glittering red tiles and round, manhole-like windows inlaid with a delicate spiral pattern. 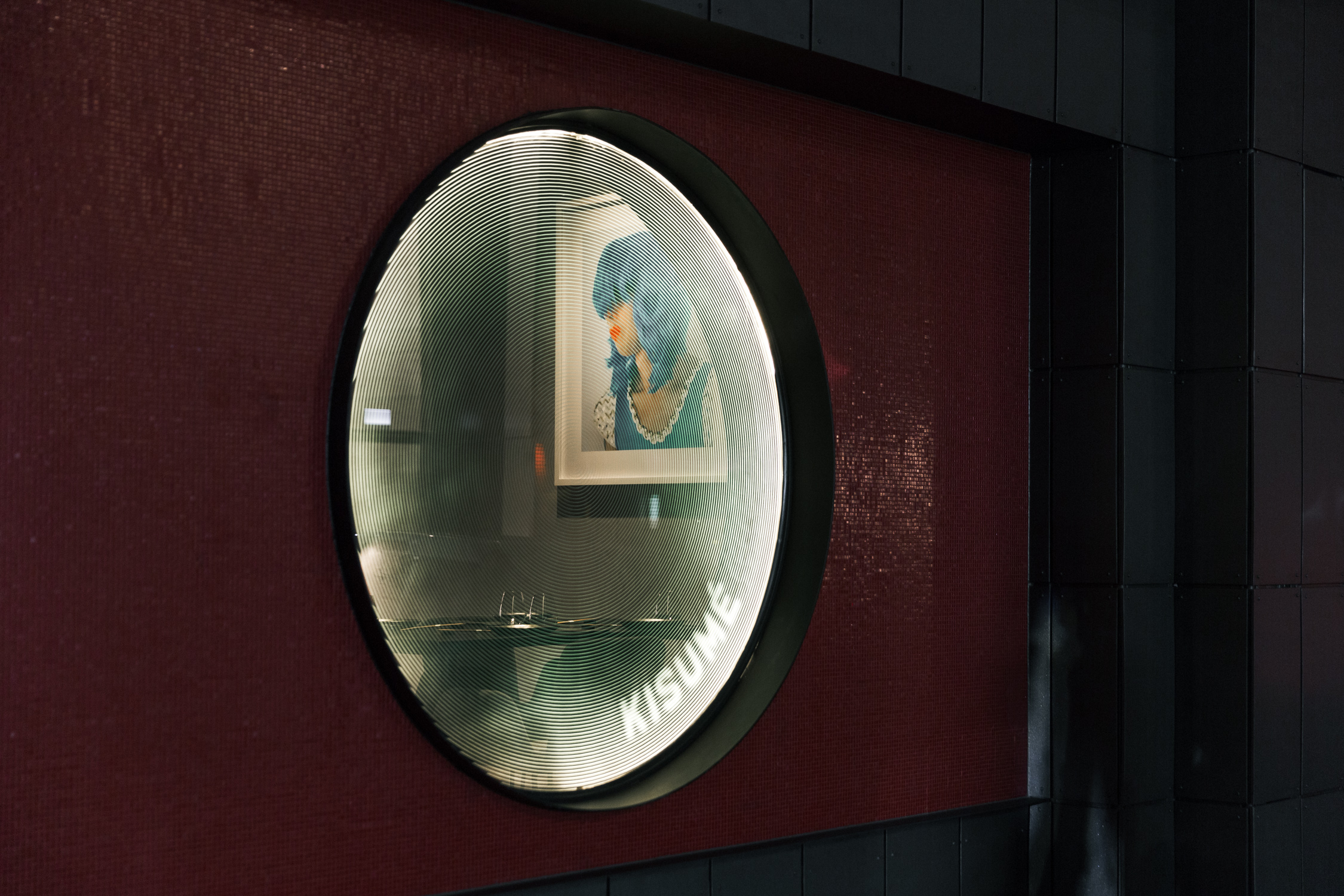 This nod to the Japanese flag and its sun motif continues inside, from the circular arrangements of many dishes to the broad circles sewn into the staff’s loose-fitting uniforms.

“Japanese design has been a big influence for Alpha60,” says the label’s co-founder, Alex Cleary. “Excitement quickly stirred when we first heard the concept behind Kisumé.”

Unbelievably, the uniforms will change every season, in step with Alpha60’s own lines and designs. It’s just another way Lucas hopes to invoke a feeling of Australian-tinged internationalism.

At the moment the floorstaff wears black or white wide-leg linen pants, which is not only on-trend but evocative of karate or taekwondo pants. Long matching tops are square-hemmed, with high splits up the sides and a large circle motif on the back. 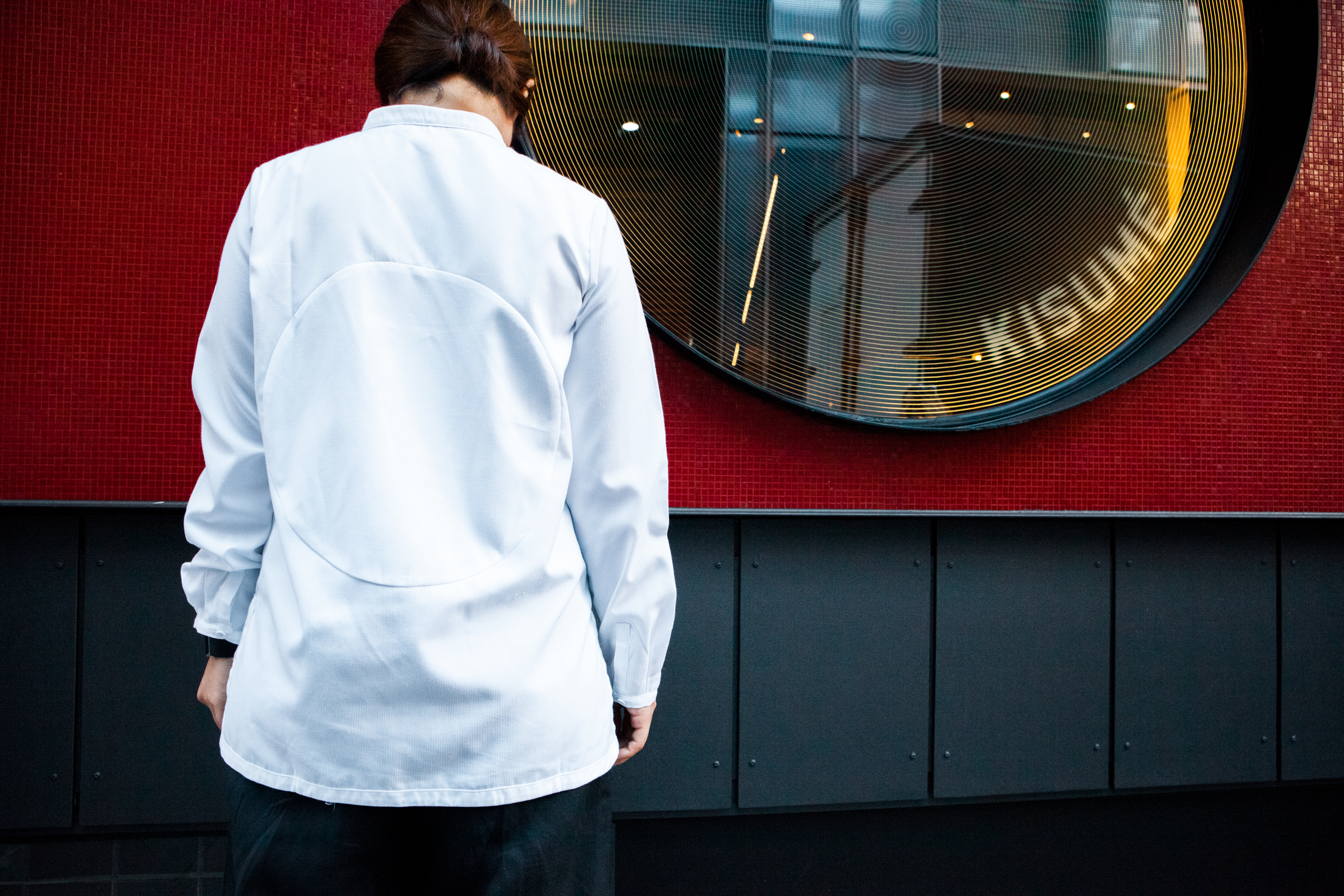 Kisumé’s final aesthetic element is arguably its most distinctive, especially given the restraint found everywhere else.

“Art for me is a personal passion,” Lucas says. “I’ve spent most of my life involved with art, even going back to The Botanical” – the pub Lucas once owned – where “there was a really significant art program”.

The ground level houses work by Polly Borland, an Australian photographer who Buckingham Palace commissioned to take an intimate portrait of Queen Elizabeth II for her golden jubilee, and whose first series, Babies, looked at men who dress as infants. 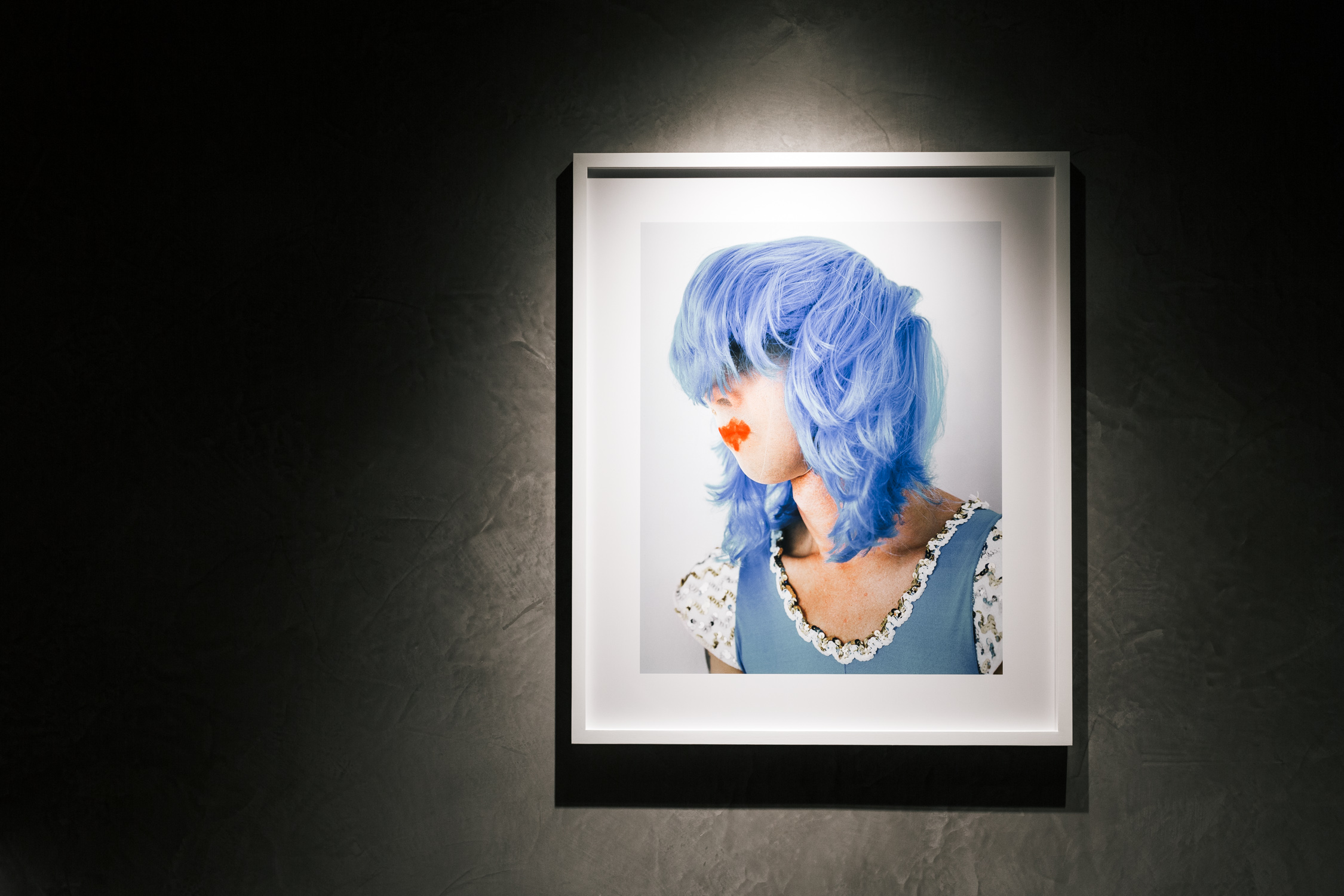 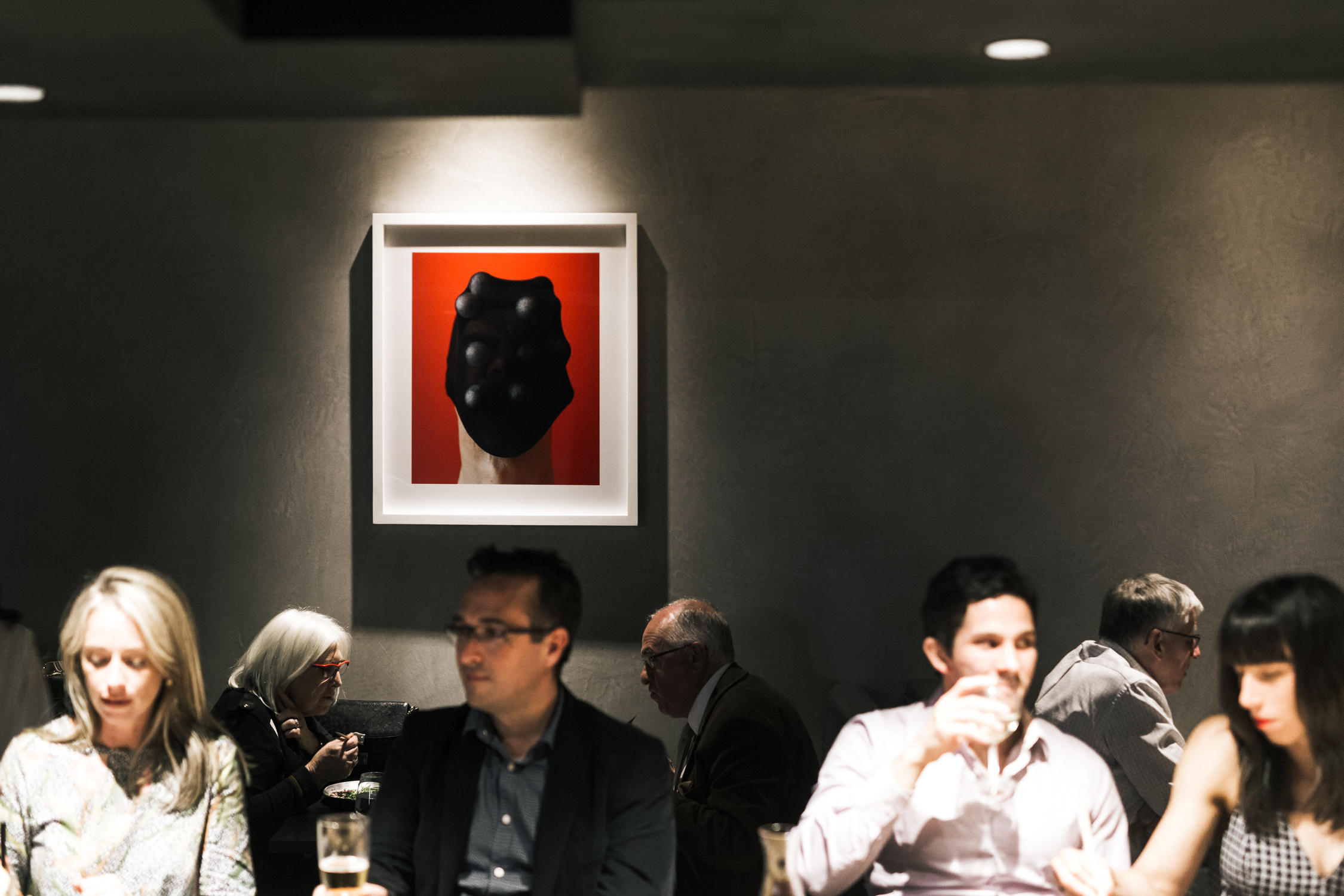 Kisumé’s Araki collection is Australia’s most comprehensive. The black-and-white images of posing women are spread across two floors, and have a gothic, cinematic edge to them. Each frame features an enigmatic subject that could just as easily be empowered or oppressed.

“I free the soul by tying up the body,” Araki has said. 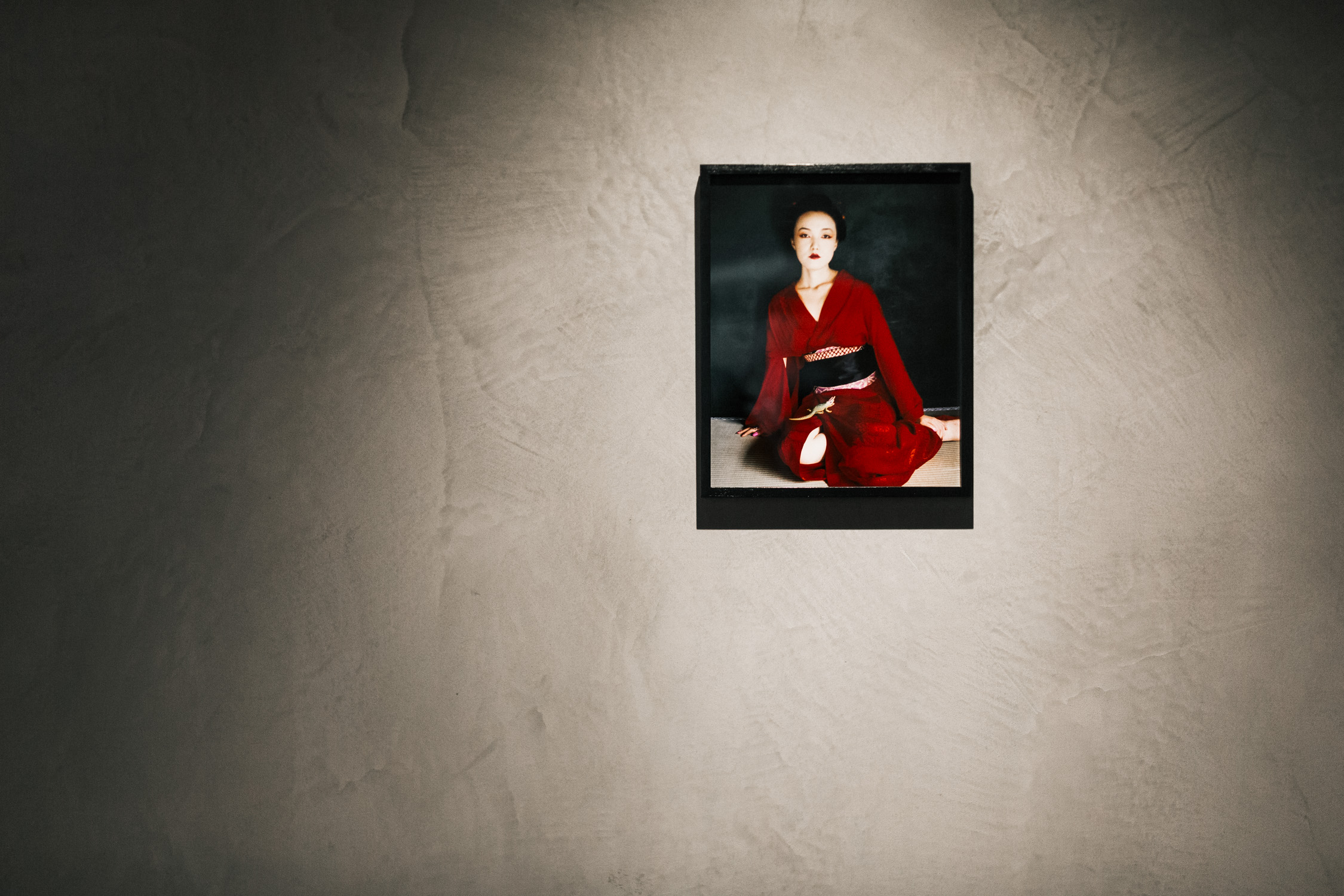 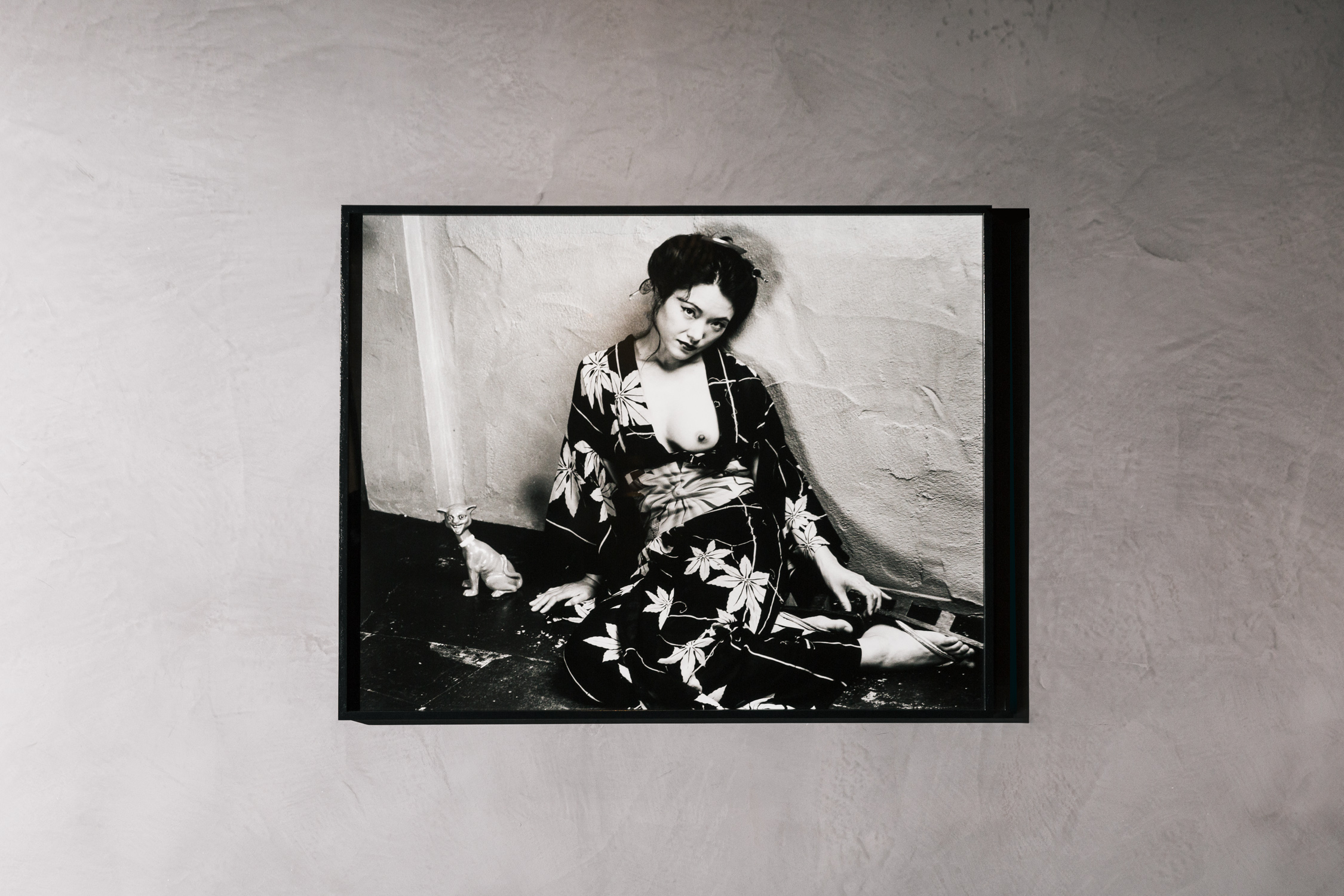 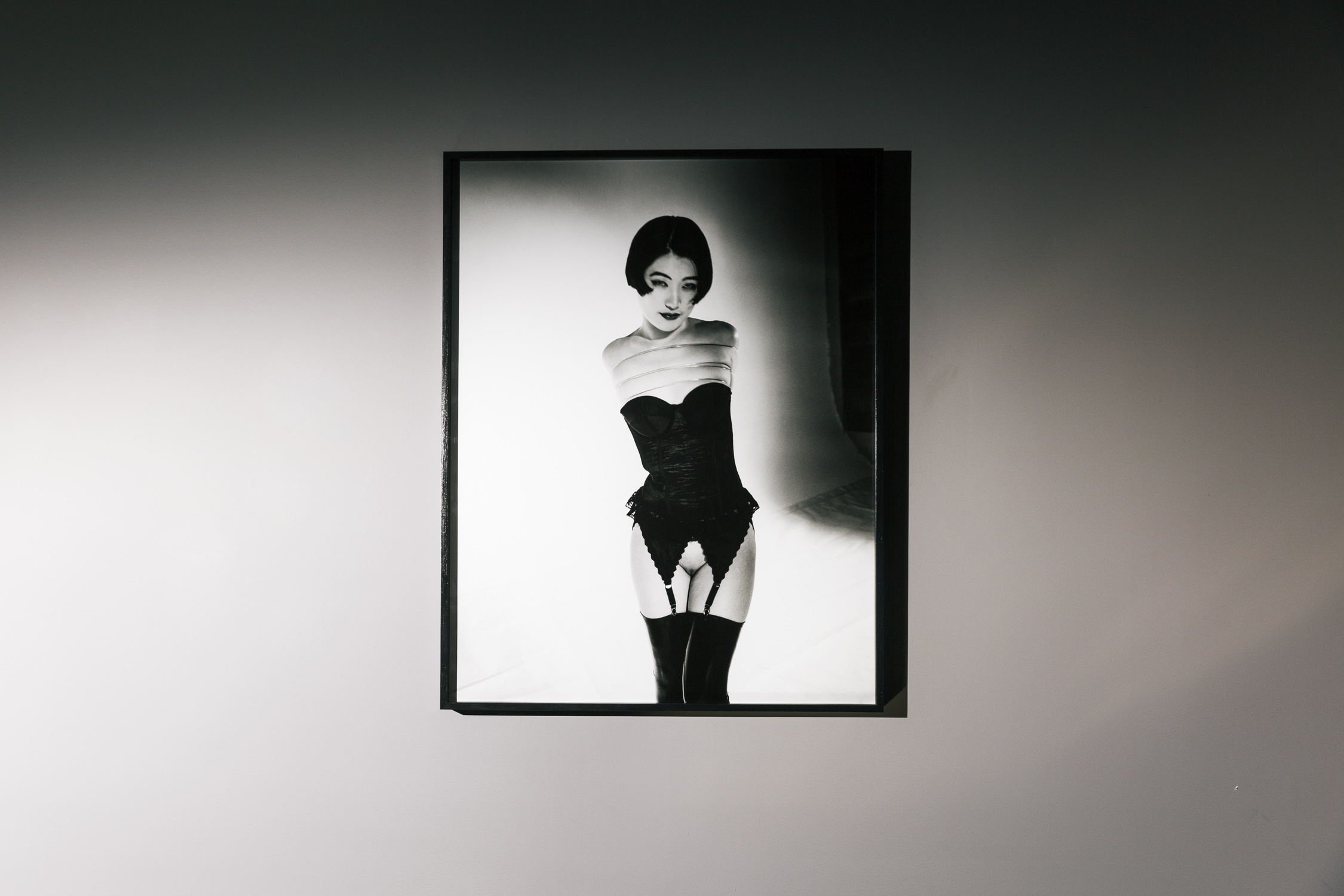 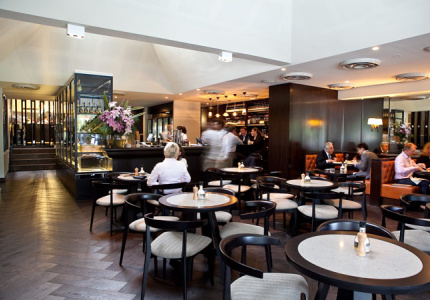