How the NGV’s Most Ambitious Exhibition Came Together

We go behind the scenes of one of the biggest exhibitions in this city’s history. 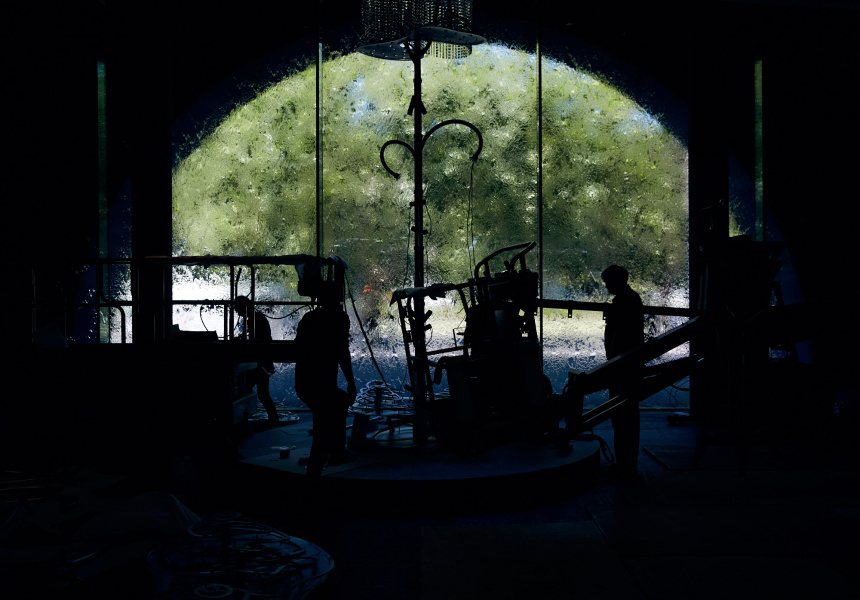 Ai Weiwei's Forever Bicycles being installed at the NGV.

It’s unusual to see the NGV in such a state of disarray. Walls remain blank. Vast wooden crates remain sealed, with only serial numbers to indicate that they contain priceless works of art. Max Delany, senior curator of contemporary art, rushes me through the Andy Warhol / Ai Weiwei show in its primordial stage: a collection of crates, cranes and stray bits of Lego. I’m gently reminded that nothing is to be photographed. Not even the unopened boxes.

My visit behind the scenes of the NGV’s biggest international exhibition is not a straightforward event. There are 46 NGV staff members still actively installing 203 Warhols and 138 Ais, as well as Polaroids, books, films and ephemera. Overseeing it all are three couriers from the Andy Warhol Museum in Pittsburgh, and six from Ai’s studio. Warhol’s work, in particular, is of considerable financial and cultural value. Nothing can be moved without Warhol’s couriers in attendance to supervise.

In the foyer of the NGV, several piles of silver bicycle parts litter the floor. Half-a-dozen workmen in high-vis vests are mounting the latest of Ai Weiwei’s Forever Bicycles installations: an entangled nest of almost 1500 bikes in a structure slowly growing skyward. By the time you read this, it’ll be complete at its full height of about 9.4 metres.

The show has been in development for about three years. “We went and saw Ai at the beginning of 2014 with the proposal,” says Delany. “He was very enthusiastic. It really resonated with him.”

Despite the long development time, Delany says the NGV was given only about three weeks to put the show together. That can involve anything from building new walls, building new rooms, putting down new floors, wrangling temperamental technology and creating whole installations that might involve structural engineering. “And all the while we’re liaising back and forth between Ai, Warhol’s representatives, working on the publication … it’s certainly the biggest single show we’ve done here.”

These walls contain seven decades of Warhol and Ai’s playful and provocative work, from Warhol’s early commercial art, to five new Ai works commissioned especially for this show. “Weiwei’s been very devoted to the project from the off, offering so much new work,” Delany says.

One of those new pieces is the much-publicised Letgo: a room entirely constructed from plastic building blocks (they’re very Lego-like, but not actually Lego, because of the company’s refusal to supply to Weiwei. Ai plans to use the Lego donated by the public for a future project), including portraits of Australian civil-rights campaigners and dissidents built into the walls. The floor is strewn with loose bits of Lego. A lighting engineer flicks a switch and the lights he’s just built into the walls come on, much to his relief. “I’m glad that worked,” the engineer says.

One clear connector between Warhol and Ai is French artist Marcel Duchamp, the pioneer of using found objects in art. He took everyday items and turned them into art, simply by changing their context.

The “readymade” work of Warhol and Ai sits right at home alongside the work-in-progress state of the gallery. Ai’s profile portrait of Duchamp, for example – made from a bent coat hanger – looks suitably ad hoc and abandoned in its place on a bench in the chaotic gallery. Shipping crates from the United States containing artworks sit comfortably alongside boxes which are artworks, a pile of Warhol’s Brillo Boxes. Both are treated with the same reverent care.

“An exhibition of either of these artists is an important cultural event,” Delany says. “Bringing them together gives us a whole new level of possible readings.”

Broadsheet is a proud media partner of this exhibition. 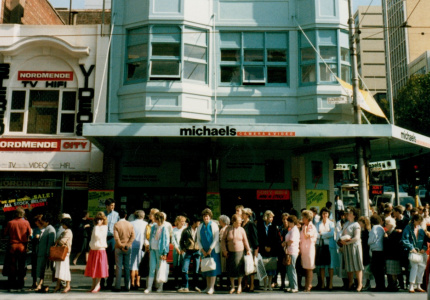