Gertrude When it Glows

The Fitzroy strip will again be enveloped in lights and colour over 10 days for the Gertrude Street Projection Festival. 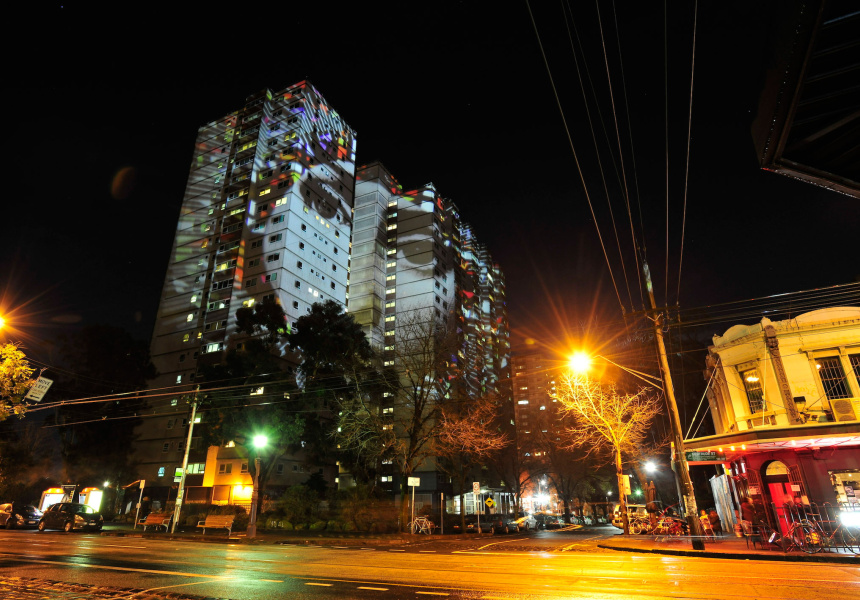 It’s that time of year when evening diners, bar-hoppers and gallery patrons huddle on Fitzroy street corners and stare up. The 2014 Gertrude Street Projection Festival (GSPF) kicks off Friday and continues for 10 nights during which entire buildings, shopfronts, laneways and trees will be turned into canvases of light and movement.

The festival is now in its seventh year and spans 40 sites that illuminate the length of Gertrude Street.

Co-curator Kym Ortenburg says a challenge for a festival such as GSPF is organising logistics (which includes a flying projector drone and an interactive snowstorm) on a street that is ever changing. “We’ve had great site-specific projection art curated to sites or walls only to have business go under, renovations to occur or not finish on time. Sites have moved in the last month and it’s been bit of a juggling act.”

Some highlights of this year’s program include Freya Pitt’s The Beast, an illustrated piece that revolves around light, silhouette and shadows. The work, which Pitt says is an homage which will be projected onto accessories and clothing boutique Little Salon.

Arika Waulu’s projection and glass installation, Young Blood, is inspired by Aboriginal resistance fighter Pemulwuy, whose preserved head was sent to the King of England. The piece reflects the ongoing tragedies lived out today and those lost through a history of genocide.

“I wanted to create work that triggered the viewer to consider the changing local environment and demographic. My choice to use the iPhone was convenient in terms of being discrete when filming and also sits nicely in line with the ephemeral nature of gentrification as a subject matter,” says Dunn.

It’s the second year Dunn has been involved in the festival and she is excited about the art being accessible to a broader audience. “I’m a huge fan of public and community-conscious art. Giving Gertrude Street locals and visitors an opportunity to view art for free, without the constraints of gallery space, is ideal.”

The Festival Hub this year is The Catfish at 30 Gertrude Street which will offer a range of free and ticketed events including live performances, workshops, panels, music and of course, projection artworks.

The festival is free, excluding some special events. For the full program, visit gspf.com.au. 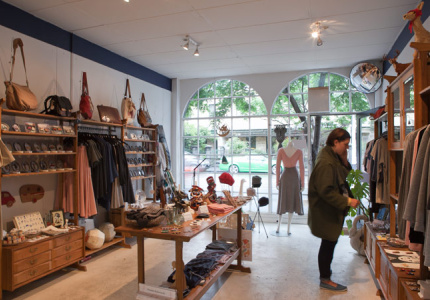