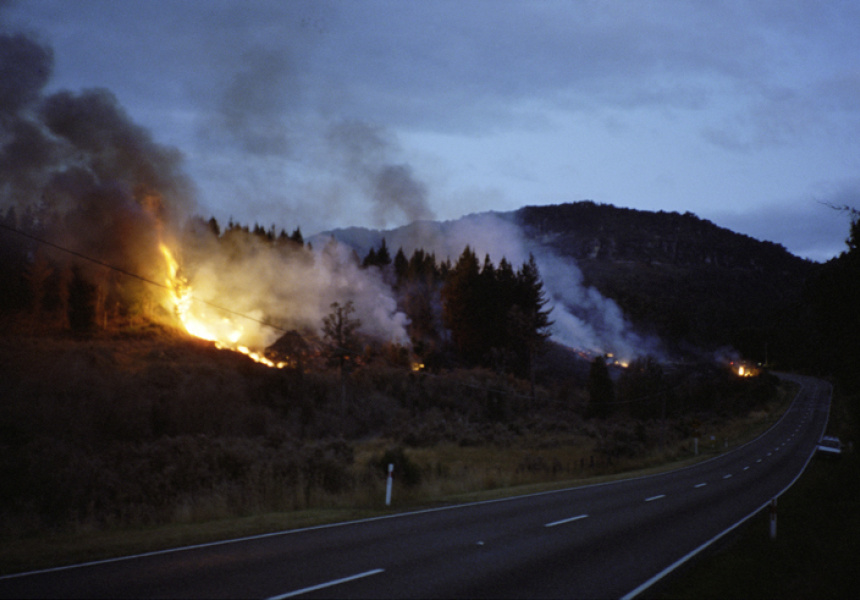 Seeking nothing more than an adventure, Stubber and a friend embarked on the six-day journey in February this year. With a Wicked Camper as their chosen mode of transportation – a Toyota Tarago spray-painted with a Winnie the Pooh-inspired design – and a “not to scale” campsite pamphlet to navigate the way, the rest unfolded naturally.

While Zeal operates as a photo documentation of the journey, the images also capture the picturesque sites that the island is renowned for, such as Pelorus River, Franz Josef Glacier and scenes from State Highway 94, which connects the towns of Gore and Milford Sound. The publication also includes a pullout map tracing the 3000-kilometre journey and marking where each of the images was taken.

“Every day we'd be driving through the most amazing landscapes, stopping way too often and going on little hikes, hitting deserted skate parks in tiny towns and swimming everywhere along the way,” says Stubber.

Printed via Dawn Press in a single edition of 100 copies, Zeal is a stunning, cohesive collection of photographs and is dedicated to Stubber’s travelling companion who lost many of his photos due to a faulty camera. Similarly, his previous publication, Colour Blind, documented a three-month solo trip through San Francisco, Nevada, New York, Scotland, Berlin, Belgrade, Lithuania and Moscow.

Zeal is available online from August 9 and at Perimeter Books.