A Yoga Studio with Good Vibrations

A little hum might be just the touch that’s missing from your usual yoga routine. 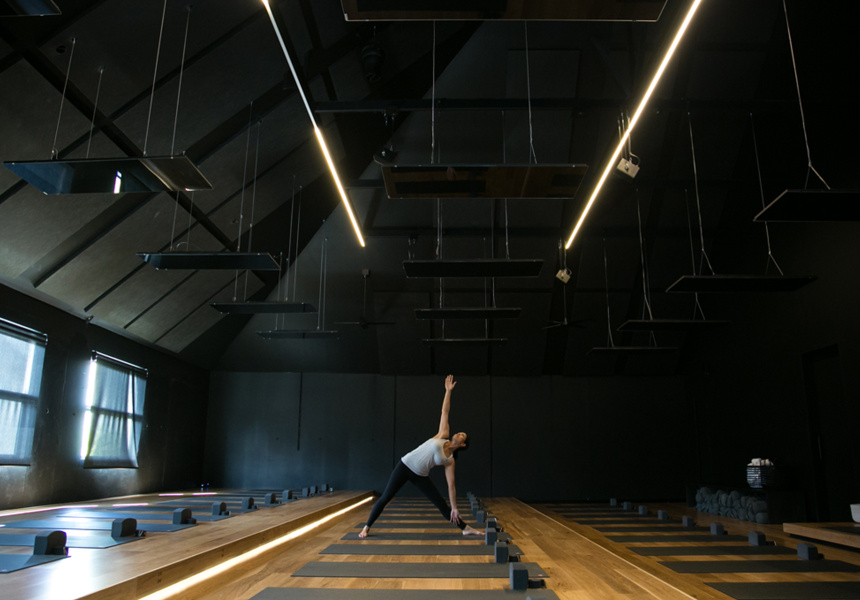 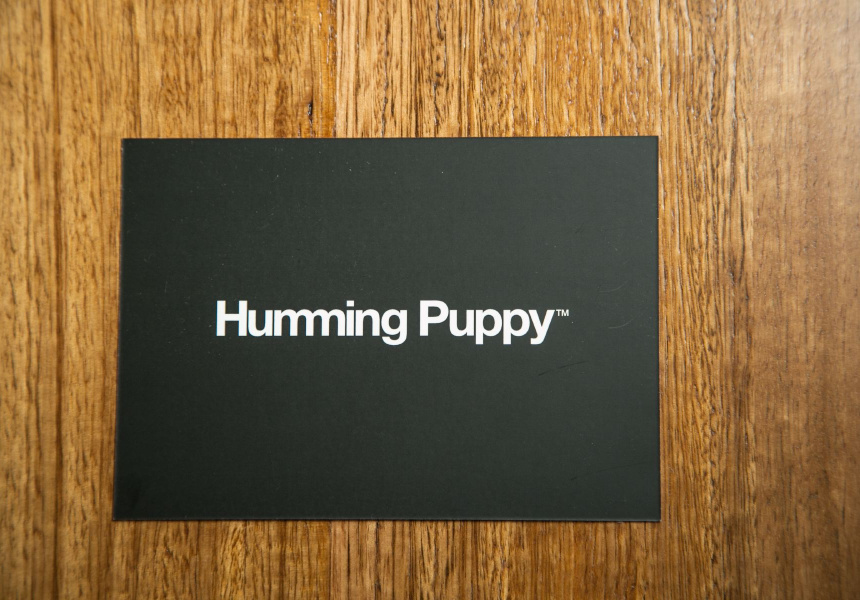 Off Chapel Street, and up some rather hidden stairs, is Prahran’s newest yoga studio, Humming Puppy. You may have tried hip-hop yoga at Yoga 213 or heard of AcroYoga (acrobatics meets yoga), but the newest addition to Melbourne’s non-traditional yoga scene is one that hums.

Audio engineers at ARUP (who have worked on projects such as the Melbourne Recital Centre and Oslo Opera House) soundproofed the room before installing the most optimal hum in the space.

“The concept we’re working with is called “vibrational entrainment” says Koch. “Every living thing has its own frequency, vibrating at its own rate of hertz.” At Humming Puppy, the dominating sound frequencies are designed to align all the individual frequencies in the room. Koch explains this notion to be much like a pendulum, bringing everyone in the room into a deeper thinking state together. It is also intended to leave visitors feeling grounded and balanced. “And while all of that sounds quite serious and complicated, on a much simpler note, the hum just feels good,” says Alexander.

“The idea actually started when Chris was at a bar and could feel the vibrations from the fridge humming through the floor,” says Alexander, laughing. “We both felt that introducing this energy to yoga was an idea worth exploring further.”

In reality, the whole thing is a little sci-fi. It’s kind of like stepping into a planetarium, where you’re a bit giddy with excitement but know you should be paying attention. Not long into the class, however, the hum starts to become entrancing, drowning out the nagging thoughts of my morning.

“Yoga classes can be quite daunting for some people, so we’ve done everything we can to make the experience as enjoyable and luxurious as possible, from the moment you walk in,” says Alexander.

At Humming Puppy, you just bring yourself; mats, towels, showers, hair dryers, lockers and even hair-ties are provided for you. “To make it easier to view the instructor in the class, we’ve installed a tiered floor with two elevations,” says Alexander. After the class, tea and coconut water refreshments are served in the lounge, so you can relax and take as much time as you need to get back into your day outside the Humming Puppy walls.

There are four different yoga classes at Humming Puppy with each class reflecting the individual style of the teacher and lineage of yoga in which they practice. All classes adopt an authentic yet light-hearted approach that is accessible to the beginner, right through to the more advanced yoga students.