Work and Play with Emily Floyd

The Melbourne-based artist’s new show mixes daycare with Marxism. (Yes, they do go together.) 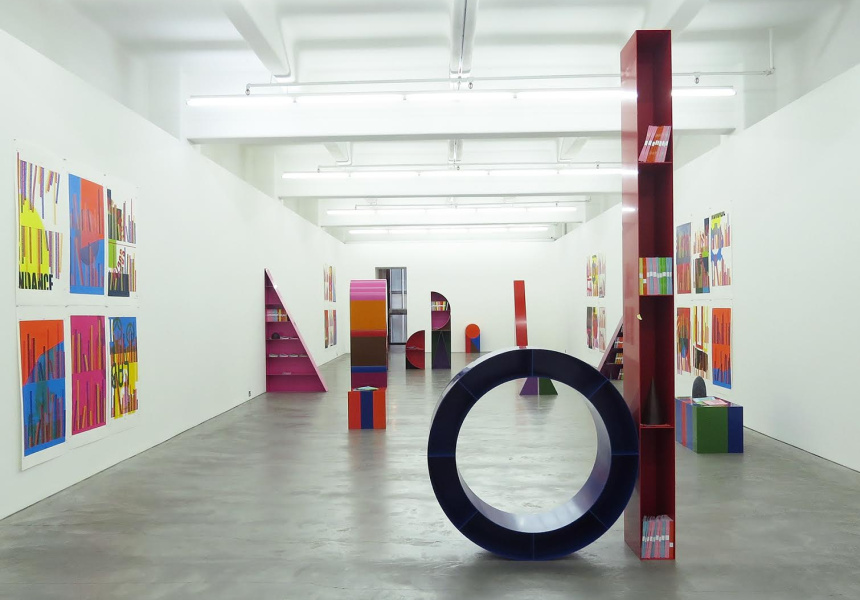 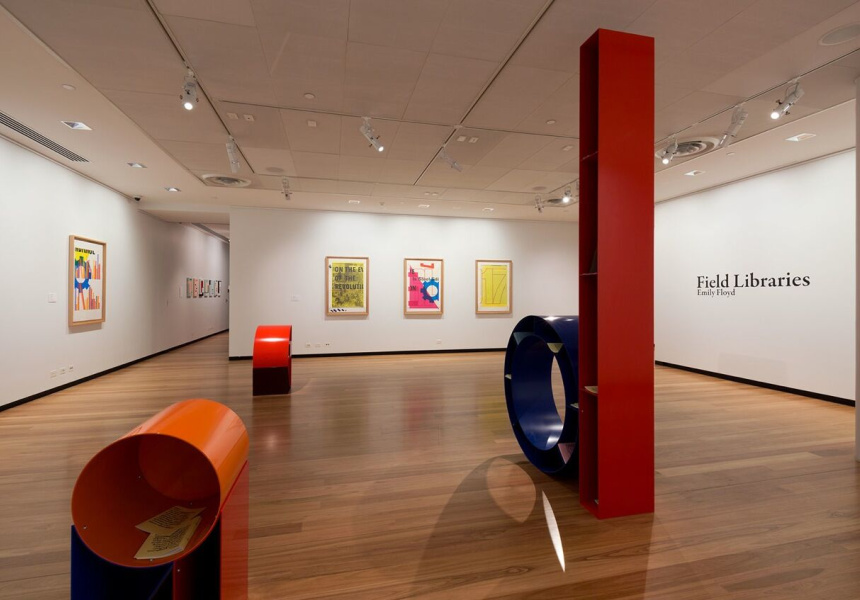 Emily Floyd wants to take us back to school, in the back room of the Hawthorn Town Hall Gallery.

Floyd is one of one of the biggest names in Australian contemporary art. Her work has been shown everywhere from Melbourne to Venice and belongs to the permanent collections of institutions such as the National Gallery of Australia and The Victoria and Albert Museum in London. She’s known for her often supersized, toy-like sculptures. The series Field Libraries is a collection of similarly oversized, bright blocks in the shapes of letters. One of them, a giant, lower-case “b” in red and blue, is three metres high. On one side each sculpture is a shelf stacked with socialist and feminist theory. Floyd grabs your attention first, then hits you with the literature.

“I’m trying to make an argument that critical language can be accessible,” she says. “It doesn’t have to be elitist.”

Floyd says it also harks back to her mother’s political involvements and open approach to childcare. “When I was growing up it was common to see a protest or political information session that also had a play school area for kids,” she says.

The pieces acquired the Hawthorn gallery were originally part of Floyd’s contribution to the Venice Biennale in 2015. They’re on show alongside another exhibition loosely based on the theme of play. It includes Sarah CrowEST’s textile work; Henry Madin’s handmade musical instruments; and 388 handmade table-tennis paddles from Jenny Zhe Chang, each representing a different opera.

Floyd’s contrasting of work and play isn’t just about grabbing your attention. The literature she’s chosen – a curated selection of about 150 articles – reflects her concern about the working conditions we’re leaving behind for our children. Artists and writers, she believes, are regularly exploited.

“We’re promised prestige in place of payment,” she says, “and that’s spreading to other industries.” Employment conditions are getting worse, she says. Attempts to revive old-school Marxist ideals are doomed to fail.

Field Libraries is at the Town Hall Gallery, Hawthorn, from January 14 until March 12.