A Fashion Gala Unlike Any Other in Melbourne

The NGV’s inaugural gala celebrating the House of Dior will see the gallery transformed into a sartorial wonderland, and could be the city’s answer to the Met Ball. And we have two tickets to give away. 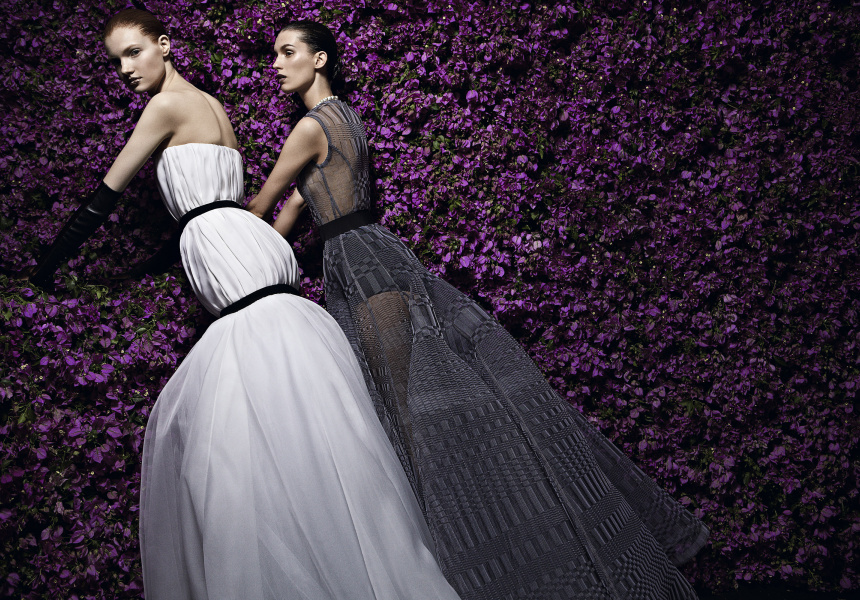 Melbourne is one of only three cities around the world – in addition to New York and Paris – that has been chosen to showcase the House of Dior 70-year anniversary exhibition. To celebrate, the NGV is throwing a blowout birthday party – an event that might just go on to become Melbourne’s answer to the renowned Met Ball, which takes place each year in New York.

Antonia Lawson, the NGV’s events manager, says gallery director Tony Ellwood had been thinking for some time about creating an event that reinforced its commitment to fashion and textiles. The opening of the House of Dior offered the ideal moment.

Planning for the inaugural gala has spanned a year. On the night, the gallery will be transformed into a luxe wonderland, with live performances, a whisky lounge, immersive installations and dramatic suspended flower forests.

“It’ll be a glamorous evening,” says Lawson, emphasising the focus on fashion – “just like the Met Ball,” she says. "I was actually lucky enough to attend the Met Ball earlier this year, and I had the opportunity to see what they did there. We’re certainly hoping that this could become Melbourne’s take on it.”

Ellwood and Edwina McCann, the editor of Vogue Australia, jointly conceived the creative concept for the gala and handpicked the coterie whose work will be on display on the night, including Melbourne florist – and institution – Flowers Vasette and Paris-based chef James Henry.

The iconic waterwall entrance to the NGV will be used for the red carpet arrival of guests – behind which will float a giant “landscape design installation” of flowers – an ode to Christian Dior and his well-known passion for all things floral. (He famously once said “after women, flowers are the most lovely thing God has given the world.”)

“We’ve designed a beautiful, loose landscape of naturally arranged garden flowers in an ombre of colours – from pale- to mid-pinks to beautiful burgundy,” says Sonya Wilson of Flowers Vasette. “They’ll almost be arranged in the way that the flowers grow naturally, but they won’t be on the ground. Instead, the design will look as if the flowers are growing from a garden wall.”

There will be other floral installations throughout the gallery, featuring 20 species of flower, including cymbidium orchids, paper daisies, and roses in various shades of black, pink and burgundy.

“It’s taken months to come up with the creative concept,” Wilson says. “We’ve really tried to remain faithful to Christian Dior and his love of flowers, and his preferred colour schemes.” Twenty florists will be on-site to install the pieces.

Guests will find the NGV’s Federation Court similarly transformed and awash in colour with a custom-designed, floor-based artwork by Taiwanese artist Michael Lin. Lawson also recommends guests find their way to the Moët Champagne bar on the mezzanine level, which “will be a great place to people watch”. Downstairs, a Starward Distillery whisky lounge will be furnished by Hub.

“We really wanted to get an Australian chef with an international reputation,” says Lawson. “James Henry is famed for his take on traditional French cuisine. We wanted to have a French menu as a nod to the elegance of Dior, but we’re also really excited to be able to showcase an Australian chef.” Writing to Broadsheet Melbourne from Paris, Henry says guests can look forward to “fresh and bright flavour combinations based around what’s in season in Victoria at the moment”, as well as fine dining signatures such as caviar (served with a veloute of potato with crème fraiche), foie gras (in a bouillon with smoked eel) and truffle.

Kimbra and Yolanda Be Cool will perform in the Great Hall, which will also be the stage for a surprise runway moment. “Kimbra’s set should be extraordinary,” Lawson says. “The fashion parade will definitely be a highlight of the evening. “There’ll be a ‘reveal’ in the Great Hall, and we’ll have a catwalk of sorts.” She won’t reveal anymore.

Of course, the real star of the evening will be Christian Dior and his work, and the gala will double as the first look for the House of Dior 70-year anniversary exhibition. Guests will have the chance to meander through the more than 140 Dior garments in the gallery, as well as pieces by those who have been influenced by his iconic designs – Yves Saint Laurent, Marc Bohan, Gianfranco Ferré, John Galliano, Raf Simons and Maria Grazia Chiuri. Dust off your suits and gowns.

Broadsheet and the NGV are giving away a double pass worth $1000 to the NGV Gala on Saturday August 26, 2017. The competition runs from August 18 to 24. Simply sign up to our newsletter in the entry form below. The winner will be drawn on Thursday August 24. The NGV Gala Celebration will take place on Saturday August 26, 8pm–1am. Cost is $500 per person. Dress code is black tie. Tickets are required for entry. More information and bookings.