Striking portraits by the influential American photographer who pioneered colour photos comes to NGV for the Festival of Photography. 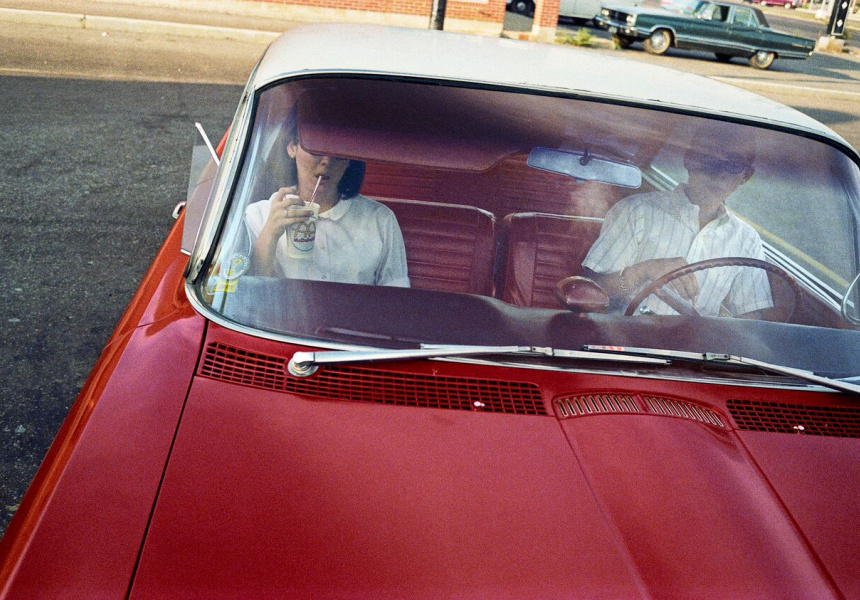 Installation view of William Eggleston Portraits at the National Gallery of Victoria.

A kid pushes trolleys outside a supermarket. A young woman drinks Heineken in a bar. Someone waits at a diner counter to order, with cash on hand. The portraiture of the past often has an air of formality, but Memphis-born photographer William Eggleston cuts through that.

Eggleston pioneered the use of colour photography in the 1960s with his images of the quotidian, seemingly mundane lives of suburban Americans. More than 100 of those images are displayed in William Eggleston: Portraits, a show from the National Portrait Gallery in London that is part of the NGV Festival of Photography, the gallery’s largest contemporary photography exhibition ever.

“His work has this appearance of being loose, random images,” says NGV curator Susan Van Wyk of Eggleston’s work. “But the reality is that he frames images perfectly… No one makes images as perfectly composed as these without an awful lot of consideration.”

There’s a captivating portrait of The Clash’s Joe Strummer, never exhibited before last year. Dennis Hopper also makes an appearance, in a photo that speaks to the raw, romantic America Eggleston captured so long ago. There’s also a group of never-before-seen black-and-white photos from the 1960s that Eggleston took around his Tennessee home.

Looking at his work close-up, with its almost surreal expression of colour, it’s not surprising Eggleston’s had a huge influence on contemporary filmmakers. Sofia Coppola (who wrote a piece for the show’s catalogue); David Lynch (a friend and fan); and the Coen brothers (who cite his impact on their work often) all similarly transform seemingly mundane moments into ones of drama and beauty for their indelible visions of America.

Van Wyk’s favourite image is a 1970 portrait of the photographer’s distant relative Devoe Money, a terse-looking old woman on a dilapidated couch outdoors.

“I love the outrageous confidence of that patterning on everything,” says Van Wyk. “She looks slightly terrifying. It’s very classical in its composition, but look at that sense of faded glory – this decaying garden on a decrepit couch. It’s fabulous.”

William Eggleston Portraits is on at NGV International from March 17 to June 18 as part of the NGV Festival of Photography. Entry is free.