Brisbane is warmer than Melbourne and Sydney. It’s also the Australian focal point for art from the Asia-Pacific. In partnership with Visit Brisbane, we find out how that combination makes a magnet for culture lovers looking to head north and thaw. 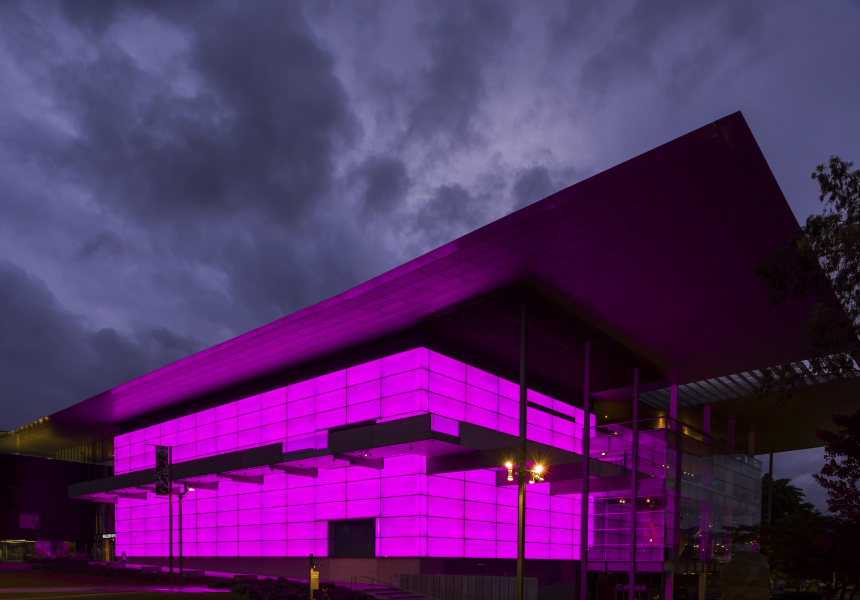 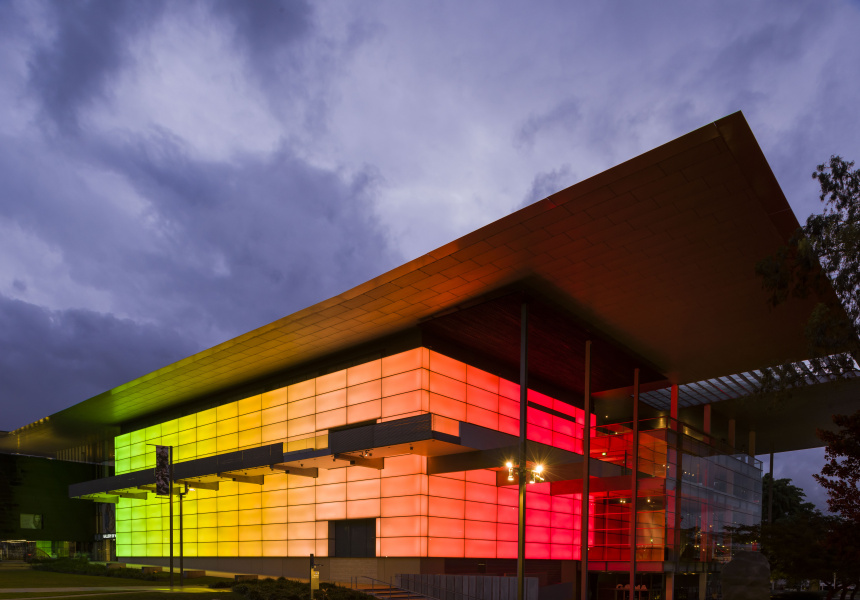 The Gallery of Modern Art has presence. Perched on the bank of the Brisbane River in South Brisbane, its long corridors and sweeping spaces invite grand ideas, both metaphorical and literal.

“The greatest character it possesses is a sort of, amplitude,” says Queensland Art Gallery and GOMA director Chris Saines. “It's a ... place. It generates – in fact, requires – big things. A small watercolour show isn't gonna fly on the ground floor. It's a space that demands artists, curators and directors occupy and animate with large experiences.”

Opening GOMA’s glass doors for the first time in 2006 was a watershed moment, not just for Brisbane, but Australia. While the country’s art collections had been glacially drifting away from the Eurocentric obsessions of the 20th century, the new gallery placed our artistic locus squarely in the Asia-Pacific – where we actually are in the world.

That work began in the ’90s when the Queensland Art Gallery first launched the Asia Pacific Triennial of Contemporary Art. “Biennales and Triennials here were mostly dealing with the art of Europe and America,” says Saines. “Australians typically flew over Asia on the way to elsewhere. [Focus didn’t shift] until Paul Keating started saying again and again: we live in Asia, we need to look outward and embrace the fact we live in this neighbourhood. We need to better understand the issues and challenges our neighbours are confronted with in their daily lives, every bit as much as we understand those we are confronted with.”

That mission is exemplified by the Asia Pacific Triennial, the ninth edition of which opens this November. But it’s evident on the walls of GOMA any time.

Big-name internationals such as Anish Kapoor, Gerhardt Richter and James Turrell, whose major new artwork was unveiled mid-July and illuminates the entire gallery by night, appear alongside significant local work from Patricia Piccinini and Judith Wright. “We're looking at Queensland, Australia, the region and the world,” says Saines. “That's the gallery I want. We're putting Australian art right into the heart of the story we're telling about the art of the region.”

A particularly important part of that story is the work of Indigenous Australians, whose art has always featured prominently at GOMA. Currently there’s a major survey of Townsville-born artist Tony Albert, whose provocative explorations of Aboriginal kitsch are both excoriating and darkly funny. The gallery’s collection and commitment to showcasing First Nations artists is a natural outgrowth of a city with a thriving local culture.

“I think a real strength of Brisbane is the urban Indigenous artist history we have here,” says Saines. “Brisbane has been a very strong place in terms of fostering its young indigenous artists, many of whom have gone on to become some of the central figures in contemporary Australian art.”

In a way, GOMA has become a hub around which a flourishing independent art scene turns. “There's a lot of energy and momentum in Brisbane at the moment,” says Haines. “We’ve got a really strong set of galleries. It's not a big or necessarily infinitely diverse set of them, but it's a very large and engaged group. There's a lot of art being made in the city now, and fewer artists who feel they need to leave in order to make it.”

Here’s five more galleries not to miss while in Brisbane:

The Institute of Modern Art
Since 1976, the IMA has been at the vanguard of experimental artwork, with a focus on emerging and ambitious young artists. It’s also got a great publishing division, making it an excellent place to pick up some handsome catalogues.

QUT Art Museum
This substantial collection’s particular speciality is for Queensland artists – particularly William Robinson, more than 70 of whose paintings hang on the walls. But you’ll find excellent contemporary sculpture, ceramics and prints from all over the country.

The Jan Murphy Gallery
Perhaps the biggest name in Brisbane’s commercial scene is Jan Murphy, whose impeccable eye picked up artists such as Ben Quilty, Lara Merrett, Kirra Jamison and Rhys Lee. But you don’t have to be in the market to have a good old-fashioned look.

FireWorks
Forging a dialogue between emerging Indigenous and non-Indigenous artists, Michael Eather, director of FireWorks in Newstead, has long been an advocate for First Nations culture as a founding member of the legendary Brisbane-based Campfire group.

Griffith University Art Museum
Griffith University is one of the country’s oldest visual art schools, and has a long history of supporting Australian art. So it’s unsurprising its South Bank gallery would host a wealth of work – in fact, it’s the second largest collection in Queensland. 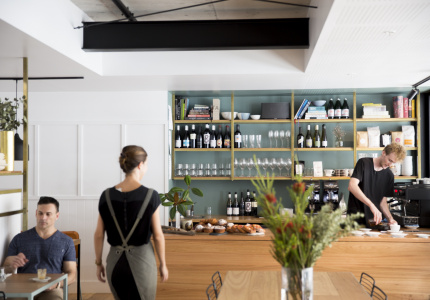