Who Gives a Crap

Social entrepreneur Simon Griffiths is sitting on the toilet streaming live to air until he raises $50,000 with his new philanthropic toilet paper. 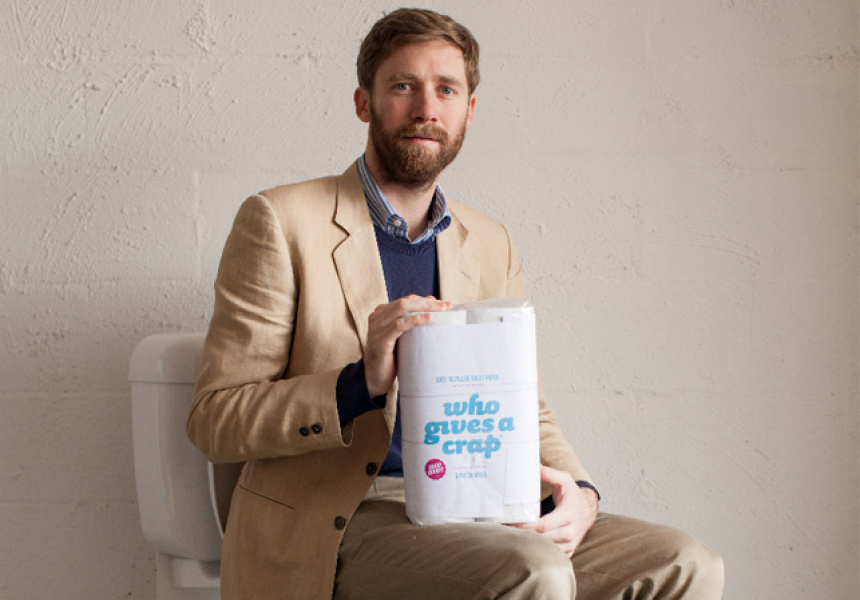 We all know the formula. A world-renowned musician stands in a photography studio, clicking his fingers every couple of seconds in front of a seamless white wall. His voice sounds more vulnerable than usual, as he says something like, ‘a child dies every three seconds from starvation’. There are images interspersed with the dramatic voiceover, children keeled over with ribs showing and flies on their faces. The images are horrible – there’s no denying it – but the fact is, we’ve become desensitised to them. Put simply, these images just don’t have any impact anymore.

It’s a problem Simon Griffiths, co-founder of toilet paper company Who Gives a Crap, knows all too well. Over the past two years, he’s been working towards the launch of the company, which plans to donate 50 per cent of all profits to charities that build toilets in the third world. Yet while the idea is full of good intentions, it’s also operating in a highly saturated advertising market and visual culture, where the graphic images just don’t cut it anymore.

Who Gives a Crap is not looking for traditional investors. Rather, the company is launching in Australia and the United States with crowd-fund capital (tech speak for individual donations) and breaking through the famine fatigue with a quirky PR campaign.

Simon Griffiths is sitting on a toilet right now, and he will stay there for as long as it takes to raise the $50,000 the company needs to make its first bulk order. You can watch him suffering on the live video feed, donate money and ask him questions on the campaign website.