What Not to Miss at this Year’s Emerging Writers Festival 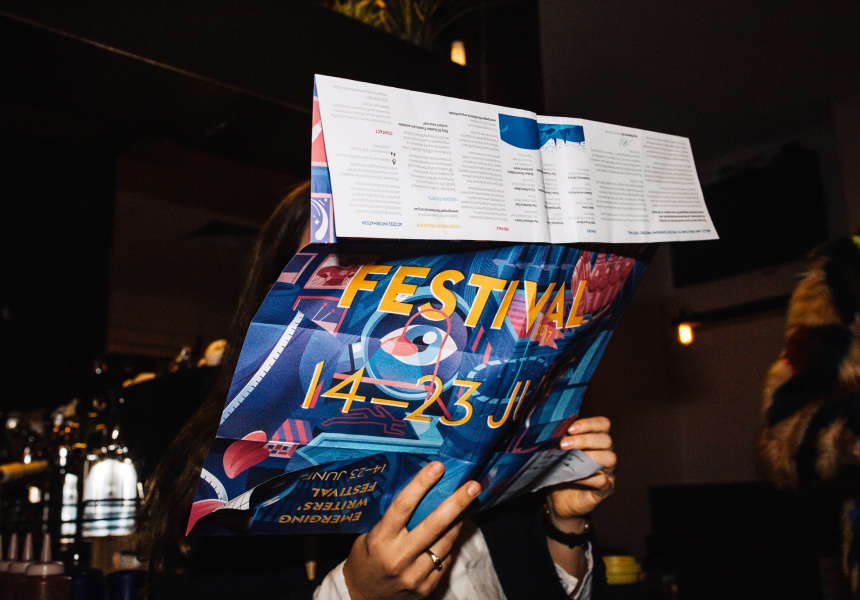 The Emerging Writers’ Festival is putting on 70-plus events over 10 days, so it’s physically impossible to make it to everything. With the festival kicking off tonight, we sat down with Izzy Roberts-Orr to get her hot tips on the events that are new, left of centre, and shouldn’t be missed.

Opening night
“I feel like opening night is going to be really special,” Roberts-Orr says. 2017 is her first year at the helm of the festival, so the new artistic director is particularly excited about this event, on which she has put her own stamp. Featuring comics artist and illustrator Rachel Ang, poet Omar Sakr, exchange artist Azri Zakkiyah and The Messenger podcast (a collaboration between Melbourne journalist Michael Green and Manus Island detainee Abdul Aziz Muhamat), it’s a varied line-up. “It’s storytellers from really different forms,” says Roberts-Orr. “Everyone has a different way of telling a story, with different perspectives and experiences.”

Quippings presents LOVE SHOW
“Quippings is a collective of queer performers with a disability. Their performance LOVE SHOW is about what it promises: love,” Roberts-Orr says. This performance marks the first time the Emerging Writers’ Festival has held a show at The Malthouse; this is the first public event in an ongoing partnership with the venue. “They’re all very wild and gregarious human beings and performers, so I think this one’s going to be pretty raucous and fun.”

Tipping Points
The description promises “24 hours. Five writers. Four actors. One director.” It’s a tall order. An adaptation of a previous Emerging Writers’ Festival event, which saw artists pull a show together in just 48 hours, the festival has turned up the pressure in one of its most ambitious projects yet. Planned to be a play about climate change, Roberts-Orr compares it with Quippings in that both are “very risky event structures, and bound to be a whole lot of fun. There’s some really talented creatives involved with it – just people pushing themselves.”

EWF Formal
To celebrate 25 years of Looking For Alibrandi, the festival is hosting its own formal – with daggy outfits, spiked punch and artists performing odes to their high-school selves. “My own formal wasn’t that great, so I’m looking forward to having one that’s actually full of people that I think are really excellent,” Roberts-Orr says. “So it’s a really nice way to revisit it, but to sort of do it better.”

Songs and Stories of Home
Home is a tricky concept to nail down, but a collection of spoken word poets and musicians are going to dissect, explore and articulate it nonetheless. “I like that idea that a person can be home, a place can be home, a concept can be home,” says Roberts-Orr. “I think that the theme of this one is particularly resonant for me. Home can be really far away, or it can be something you carry around with you.”

The Emerging Writers’ Festival runs from the June 14 to 23. The full program can be found here.