We Unfold by the Sydney Dance Company

We Unfold by the Sydney Dance Company is a unique and mesmorising performance of structured lucidity. 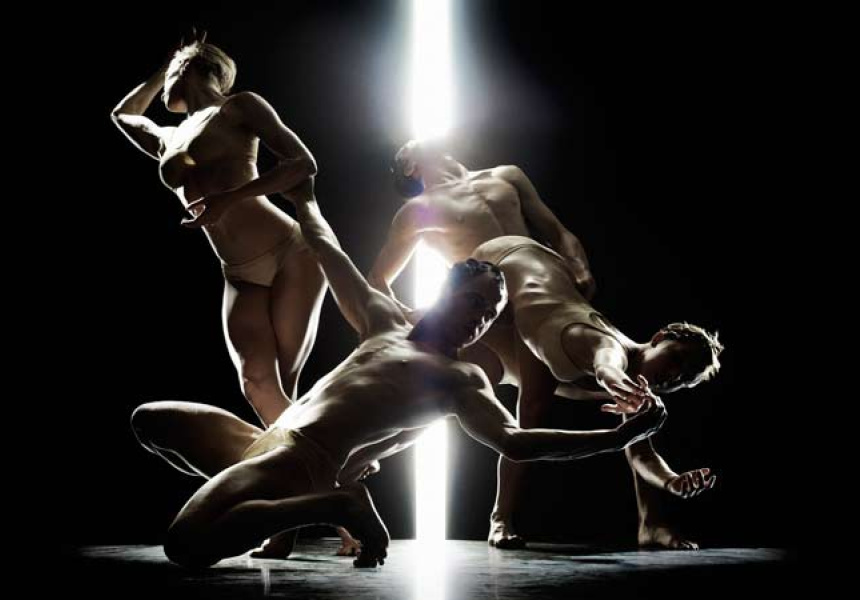 I don’t see a lot of dance performance, which is why I was quite excited check out the Sydney Dance Company’s show We Unfold the other night. Created in 2009 by SDC artistic director Rafael Bonachela, this major work by SDC is on tour across Australia, and in Melbourne for just a few more days. Since it opened at the Biennale di danza in Venice earlier in June this year, this fantastic piece of dance work has been well received. A collaborative project between composer Ezio Bosso, lighting designer Hugh Taranto and choreographer Bonachela, the product is a unique and wonderful environment of structured lucidity.

It begins moving through a star field, projected on a large screen at the back of the stage, where the idea of journey unfolding takes us from the cosmos into a symbolic human narrative. The dancers are fast and strong, you’ve never seen bodies like this before, I haven’t anyway; they are amazing sculptures of the human form. At its core the elements of the fire, water and figure are explored. Influences of Kubrick, Bill Viola, Star Wars and Tarkovsky are cited, and are apparent throughout the works, particularly in the latter movements where a video work on the large screen is reminiscent of Viola’s recent piece at the Melbourne Festival, Fire Woman and Tristan’s Ascension.

With all this combined there is a very memorising force behind We Unfold that transports you to another place for just an hour.

We Unfold by the Sydney Dance Company is on at the Playhouse in the Arts Centre until Saturday 13 November.