The “godfather of Chinese video art” started as a painter. In his new exhibition at NGV, he shows how he never really gave it up. 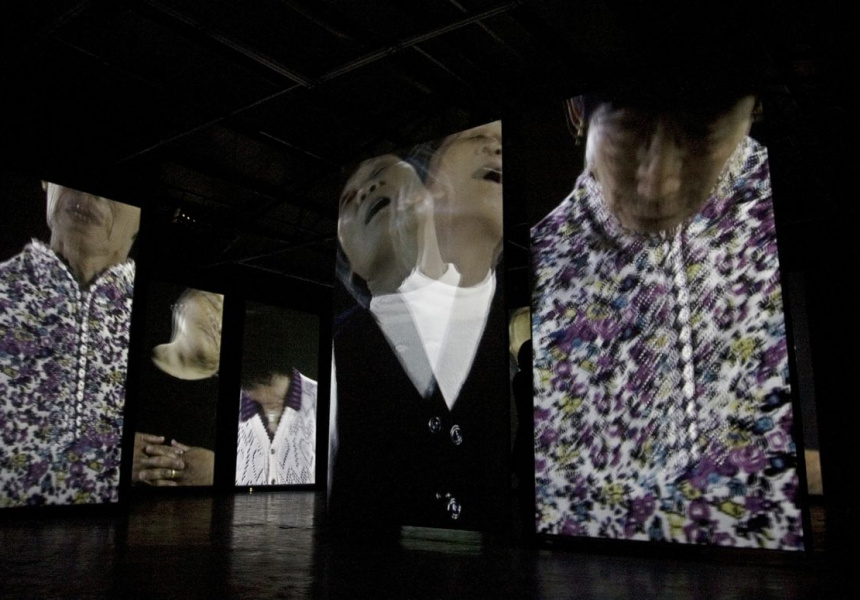 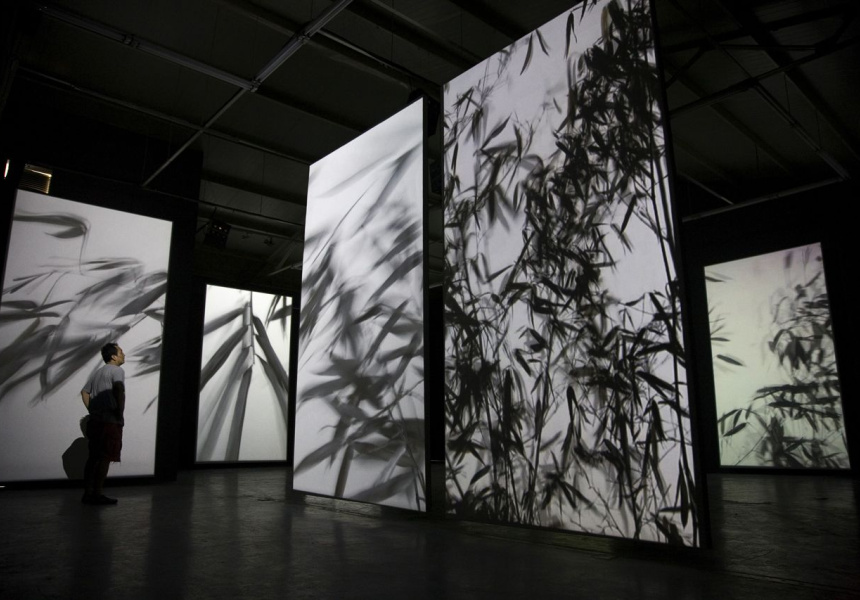 Wang Gongxin is happy with the title of his solo exhibition at the National Gallery of Victoria. It’s simply, Wang Gongxin: Video Artist. “I’m the artist,” he explains. “My experience is I grew up in China, was born in China. That’s fine, that’s my personal experience. I don’t want to be called a Chinese video artist.”

During those tumultuous times, artists in China had few choices. Either they studied Chinese painting or sculpture or – like Wang – oil painting, which was then considered a largely Western practice. Regardless, all of it was subsumed under socialist realism, the Soviet Union-inspired art style that pushed propagandist messages about communism.

A tipping point came in 1987, when Beijing Normal University sent Wang, first a student and then a teacher at the institution, to New York. The day after Wang arrived, a friend took him to the Whitney Biennial. There he saw the video work of Bill Viola, Gary Hill and Bruce Nauman, among others. He was shocked.

“The first reaction was surprise,” Wang says. But the shift from painting to video art wasn’t a sudden switch. “It took a long time to change. I had a very good skill I had to give up. It was difficult, painful.”

By 1995, Wang had returned to China and arranged for a three-metre-deep hole to be dug in his house. At the bottom of the hole, he placed a video monitor showing the sky shot from his house back in Williamsburg. This work, The Sky of Brooklyn: Digging a Hole in Beijing, was one of the first site-specific video installations in China.

The works in Wang Gongxin: Video Artist continue this preoccupation with space and video’s place within it, coming across as almost sculptural. Basic Colour, which tracks coloured, powdered drops that trickle onto extreme close-ups of human body parts, is projected onto five, four-metre-tall screens – both a nod to the shape of traditional Chinese scrolls and an act of emphasis through scale. Nine similarly sized screens make up Relating – it’s about Ya and its disjointed montage of twitchy, amped-up jitters from everyday life – shaking teacups, jiggling bellies and scribbling pens. Instead of being splayed against one wall, the screens are arranged in an immersive maze.

Dinner Table, a recent NGV acquisition, depends wholly on its physical presence. A table set with plates, spoons, chopsticks and covered with all sorts of seafood, vegetable and meat dishes is projected onto a circular, table-shaped screen angled at 45 degrees, leaning forward. In defiance of gravity and its sculptural base, the contents of the table slowly slip backwards and upwards.

Wang is loath to suggest a didactic element to his work and describes his process as a natural and subconscious one. To some extent, the conceptual open-endedness of his video art seems like a reaction against the prescriptive nature of the socialist-realist paintings he cut his teeth on.

That being said, Wang says, “A lot of people think [my work is] like a painting.” On second inspection, a lot of people seem to be right. There are painterly elements in all three video works, in their treatment of colour, contrast and composition. His choice of surface on which to project, while sculptural on some level, also appears similar to that of a painter picking between canvases to best realise a painting.

“When you look back at your work, there’s a lot of sense in really looking at your background,” Wang says of this oblique return to painting. “You cannot get rid of your background.” That’s not to say you can’t reinvent it completely.