Saudi Arabia’s first female filmmaker, Haiffa al-Mansour, made a simple film about a girl who wanted to buy a bicycle. In the process, she became an icon for women’s liberation in the Middle East. 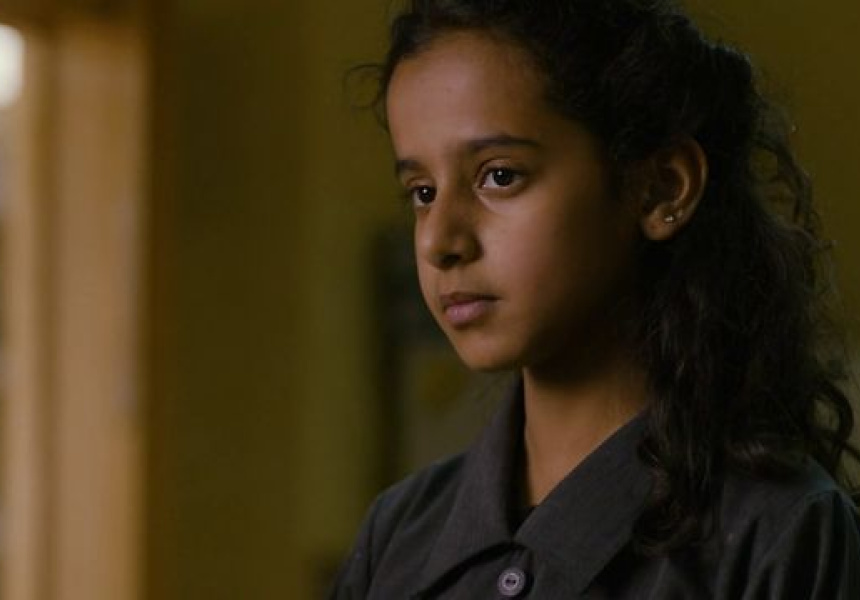 In a country where the public display of art is illegal, where sharia law declares women forbidden to drive and to vote, where the government demands that women cover their bodies from head to toe and have male guardians, Haiffa al-Mansour pulled together a team and made a film about a girl who wants to ride a bicycle.

In the process, she was not only the first to shoot a full-length feature entirely in Saudi Arabia, but the country’s first female filmmaker and an emblem of the push and pull between conservatism and modernity for women in the Middle East.

Wadjda follows the story of an 11-year-old schoolgirl who, in the suburbs of the Saudi Arabia capital, Riyadh, is coming to terms with her place as a woman in society. The film opens on Wadjda – played by local girl, Waad Mohammad, in her acting debut – preparing for school in the morning. She listens to western pop music on her headphones and wears Converse Chuck Taylor’s underneath her burkah (something that is quite common amongst the youth in Saudi Arabia, says al-Mansour). She strolls down the road to school and fantasises about buying a bike from the local pawnshop.

Written and directed by al-Mansour, Wadjda is a bold film that is sweet and not overtly political. Featuring an all-Saudi cast, it was produced in collaboration with German production company, Razor Film and included the work of award-winning German cinematographer Lutz Reitemeyer (White Deer Plain).

It’s been a long road for al-Mansour, but also a fruitful one. After successful screenings at film festivals all over the world – including the Venice and Dhabi international film festivals – she’s rather coy about her place in history.

Nicholas Acquroff: You’re the first female filmmaker in Saudi Arabia. How did it come to be you?

Haiffa al-Mansour: I have no idea. I grew up in a very small town in Saudi Arabia. Both my parents are very traditional, they don’t speak any English. I’m one of 12 kids – I’m number 8 – but I watched a lot of films growing up. Because in a house with 12 kids, it was the only way for my father to keep us quiet.

NA: Were they western films?

HA: Yes they were mostly from Hollywood. But we also watched a lot of Egyptian and Indian films. I would just watch whatever blockbuster my father would go and get. I watched a lot of Disney. I remember watching Snow White and it was one of the happiest days of my life as a child.

So in growing up in this kind of environment – in a small town and there is nothing to do – film took me all over the world, with so much power and it was such a happy time in my life.

But when I was working in Saudi, I felt so invisible as a female. As a young person, let alone being a female, I felt that I didn’t have a voice and I needed to have a voice. So I started making film just as a therapy, just as a kind of hobby.

I did a short and then submitted it to a local competition in Abu Dhabi and they accepted it. I was like, “What!” and then they invited me to go and view the film. I went there and everybody wanted to talk to me. They were saying, “I really wanted to meet you, you are the first female filmmaker from Saudi Arabia, no woman has every made a film in Saudi Arabia!” And I was like, “Oh, I guess so.”

NA: So there must be some parallels between you and Wadjda then?

HA: (Laughs) A little, yeah. Her bicycle is like my film. It took me five years to make the film and to convince producers and find the financing. But I wasn’t that much of a hassle when I was growing up, I was a good girl and a good student. Everything was from under the table, nothing like her. But I based it a lot around my niece. I have a niece who has a great sense of humour and she is very feisty and wants to take on the boys and go outside. It’s sad now.

My brother is conservative and he wants her to conform like everybody else. I felt it was a huge loss, because she had such personality. There are a lot of girls, who, just because they don’t find the support to be who they are, sometimes they just get lost. So the film is for her and other girls to believe in themselves and face that potential and move ahead.

NA: One of the first shots in the film is of Wadjda’s Converse shoes. At the same time she’s listening to western music on tapes. How much has that changed things in Saudi; that people are taking in influences from other cultures around the world?

HA: Oh, a lot! Because Saudi is a very rich nation, so people have access to Internet and iPods. The ironic thing is that every kid in Saudi will go to school wearing very traditional clothes and some glasses and an iPad. That is the whole thing – it is like that.

People travel a lot to the west, and we have beautiful buildings and beautiful homes, but people are still very traditional. So when kids go outside or go online they see that pop culture, they come to a reality where they are confronted by tradition, where they have to act in a certain way and dress in a certain way. There is always distinction between tradition and modernity in Saudi Arabia, on a very interesting level.

NA: There must be so much tension, so much push and pull…

HA: Well, yes. But they try to find themselves like Wadjda does. She wears her traditional school thing and then you’ll find jeans underneath. All the girls, if you go to the mall, they are all covered in veils. But then if you look, they are all wearing jeans or Chuck Taylors or something underneath. Saudi Arabia is opening up, certainly, and changing.

And it’s changing from within. It’s a slow, gradual change but at least people are now understanding how the world is and they don’t want to be as closed as they used to be.

NA: The scene that really struck me, was when Wadjda’s father is looking for a new wife when he leaves home for a couple of weeks. How true is that in real life? And how do relationships work now, compared to 20 or 30 years ago?

HA: Polygamy still exists in Saudi Arabia, but it is less than before because of economic reasons, because men find it difficult to support two wives. But it is still a very accepted notion in society. I feel that it’s very important to me in making a film, that [says], “Polygamy is not right, we shouldn’t do it.” They think it is written in scripture and it is permitted in the culture.

So it is right. And that is the counter argument. But when you show them a story where a person really loves that woman and wants to stay with her, but because of the social pressure – because he doesn’t have a son or because of something else – it’s like, he has to make that choice and it breaks his heart and breaks his family.

NA: Will it be shown in Saudi Arabia?

HA: I hope so. It will definitely be released on DVD and on TV. But still, the public exhibition of art in Saudi Arabia is not allowed, but hopefully things will change soon. Saudi’s always travel to Dubai or nearby Gulf States, so I hope that they will go and see it.

HA: My brothers, of course, they love me. I have conservative brothers who disagree with what I’m doing, that don’t think I should be going down this path. But there is love always – it is a family. Sometimes when I go to the airport we have to go a special room to get searched by women, because we are covered up, and when I am in there one girl told me stories, about how she is upset with her husband, and they say, “This is a film for you to make.”

HA: I want Saudi to change, of course. I want women to be themselves without fearing anything and to be how they are and enjoy more rights.

Wadjda is showing in selected cinemas from Thursday March 20.