A Voice for the Homeless of Melbourne

Two men are giving Melbourne’s homeless a voice in the hope that their blogged accounts will resonate with readers and dispel misguided stereotypes. 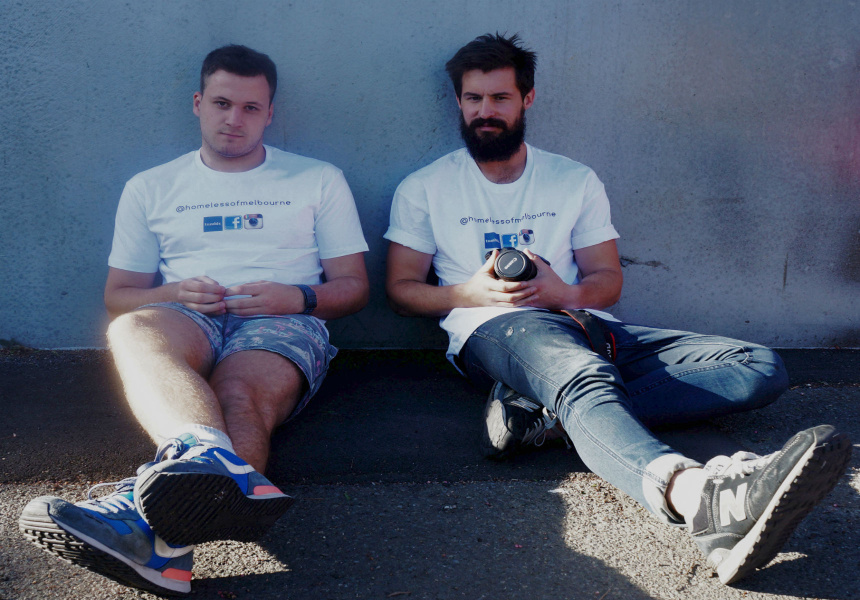 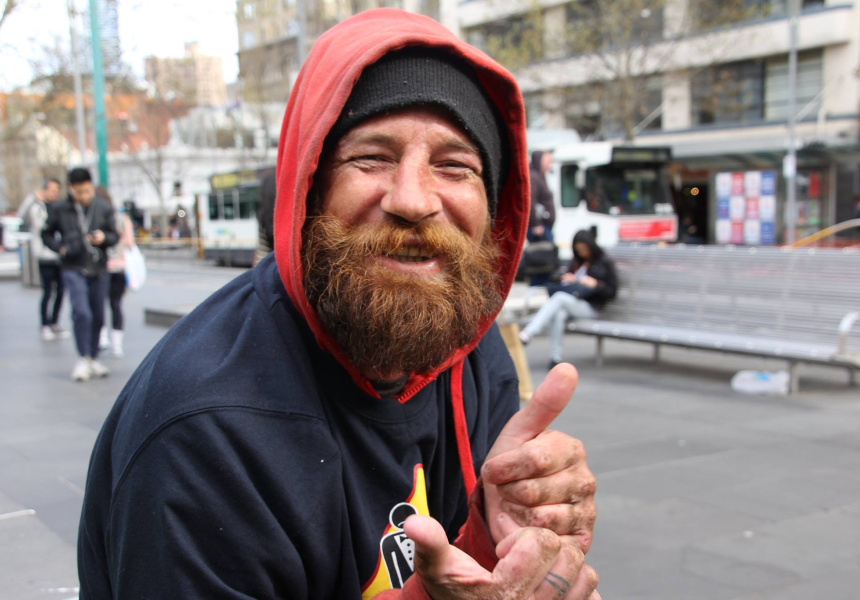 A throng of business shoes scurry up and down Swanston Street, striding past two young men crouched beside an older gentleman sat on the footpath. The mundane groan of a tram heightens as it comes to a halt and with an impatient ding, disappears into the distance past Bourke Street Mall. The three men seated on the pavement, engaged in friendly conversation, go largely unacknowledged aside from the odd tentative stare from an inquisitive commuter.

A handful of coins are sprinkled on the cover of a bible resting on the ground not far from the elder of the men. He’s not accustomed to company and is overjoyed these strangers have paused to ask him about his day.

The two younger men, Marcus Crook and Nick Pearce, talk about music and ask the older gentleman his name.

This was Crook and Pearce’s first encounter with Melbourne’s homeless.

Driven by experiences in third-world countries, the pair were inspired to launch a blog, Homeless of Melbourne.

As it became harder for them to keep walking past Melbourne’s homeless people each day, they decided to do something to change the attitudes of those living here, in one of the world’s most liveable cities.

Crook and Pearce met late last year during a cycling campaign from Vietnam to Cambodia, raising awareness of child trafficking.

Crook, 26, is a photographer. Pearce is a 21-year-old professional-communications graduate.

Pearce’s blog entries are simply written, with no embellishment or grammatical edits of direct quotes. The words are accompanied by Crook’s unvarnished portraits.

“I don’t think the everyday person would actually understand how many people sleep rough on the street each night in Melbourne,” Crook says.

ABS figures show that homelessness affects more than 100,000 people in Australia. On any given night, one in 200 people are homeless. As many as 42 per cent are under the age of 25. More than 17,000 of our homeless are under 12 years old.

Armed with just a camera and a phone, Pearce and Crook have begun to share stories of Melbourne’s homeless, hoping they will resonate with readers just as they have with them personally. The blog is a means of communicating these stories, giving the homeless a voice and dispelling the preconceived notions among those of us who walk by them each day.

Pearce and Crook have found the causes leading to homelessness are largely circumstantial. From the conversations they’ve had, most people held stable jobs before a series of unthinkable tragedies struck; causing their lives as they once knew them to unravel.

Greg, for example, was a qualified head chef and lived a stable life. But, in a very short space of time, his best friend overdosed and his girlfriend was hit by a train, later dying in his arms. The 36-year-old has felt lost ever since and suffers from post traumatic stress disorder.

Pearce and Crook hope the popularity of their blog might one day help people to identify these homeless members of society as “city celebrities” of a sort. They envision that with more support they will have the resources to produce packs of non-perishable items (such as a toothbrush, feminine hygiene products or an access card to a shower) in accordance with their needs.

While the project is still in its early days, Pearce and Crook already sense an enormous responsibility towards the cause and feel they have a duty of care to the people they have interviewed because, in many cases, they have no family.

“I take the point of view that if there is someone less fortunate than yourself, you are always in a position to help somebody else,” Pearce says. “If the stories we tell just make people say hello to the next homeless person they see on the street, that could make someone’s day,” Crook says.

“Even if it’s something as small as that, the blog has done its job.” 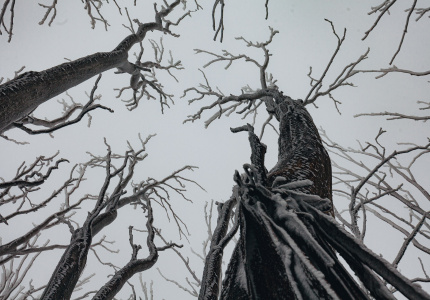