A Visit to the Embassy: The Greater Asian Co-Prosperity Sphere

Artists Abdul Abdullah, Casey Ayres and Nathan Beard open the doors to their fictional pan-Asian embassy at NGV Studio as part of the Next Wave Festival. 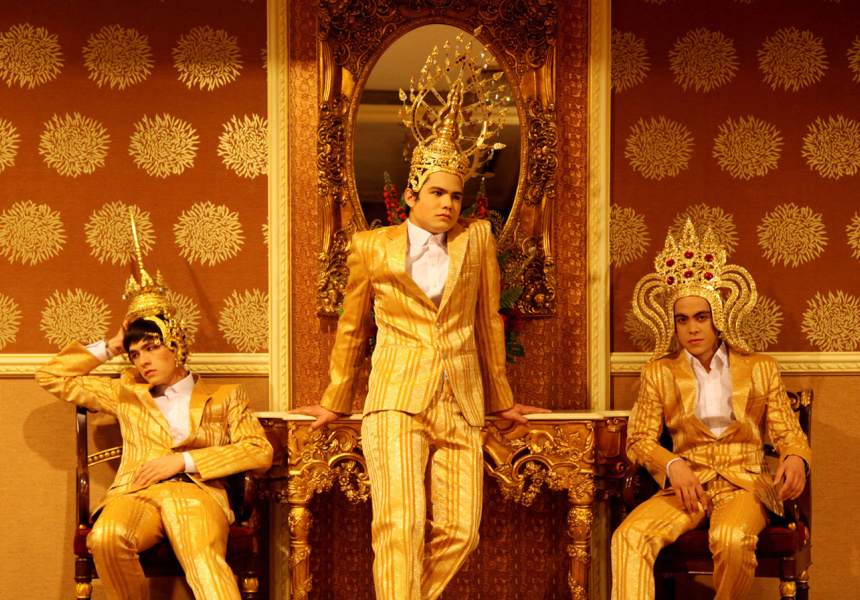 The NGV Studio will be transformed into a replica of a traditional embassy space in the latest incarnation of Perth-based trio Abdul Abdullah, Casey Ayres and Nathan Beard’s ongoing art project, The Greater Asian Co-Prosperity Sphere, as part of the Next Wave Festival.

Referencing a proposal developed by Japanese Prime Minister Fumimaro Ko in the 1940s to unite a string of Asian countries under the auspice of an autonomous “Greater East Asia” – one free of Western imperialist influence and presided over by the Japanese – the project looks to employ the embassy model as an allegory for outmoded notions of identity and place in the context of culturally plural, porous and globalised world.

‘Ambassadors’ Abdullah, Ayers and Beard (each of whom has one Asian parent) will lead participants, viewers and public through a series of performances, happenings and artworks in the fictional embassy, each of the works relating to the artists’ sense of self and identity as young men and artists “fully belonging to neither an Eastern nor Western condition”.

Having already manifested in the form of several exhibitions, including Abdullah’s brilliant series of ambassadorial portraits – which showed as part of his Mongrel exhibition Fehily Contemporary in February – this is our chance to gain ‘official access’ to The Greater Asian Co-Prosperity Sphere. Passports will not be required.

The Greater Asian Co-Prosperity Sphere kicks off with an Opening Blessing at 10.30am on Saturday May 19 at NGV Studio, Federation Square and runs until May 27. A closing ceremony will be held at 6pm on Friday May 25.