It will stretch more than 30,000 square metres, making it the largest public gallery of contemporary art and design in Australia. 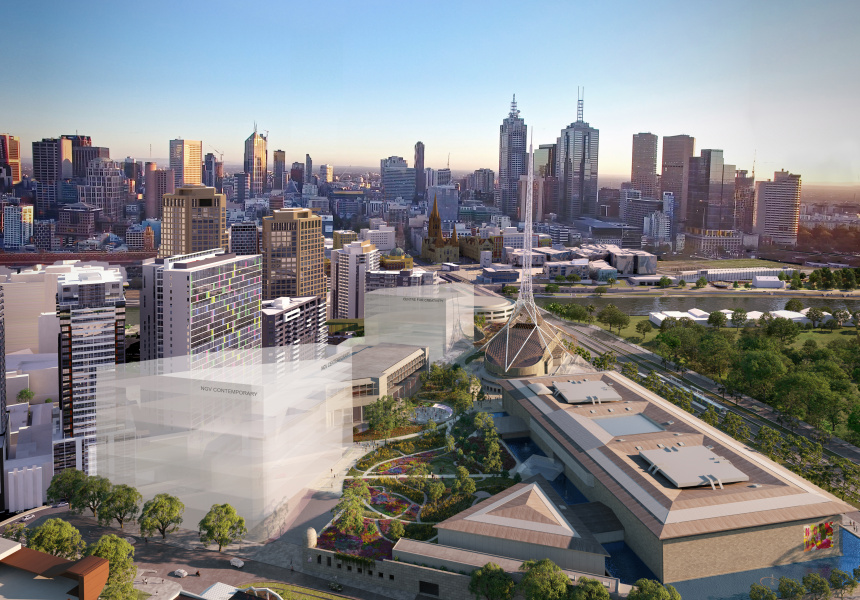 Photography: Courtesy of Hassell and So-il
1/2 Artist's impression of the public garden

Photography: Courtesy of Hassell and So-il
1/2
by Tomas Telegramma
Share

The Victorian government has announced that it has earmarked funds for a new NGV building, as revealed in yesterday’s state budget. It’s part of stage one of the $1.4 billion Melbourne Arts Precinct Transformation project.

Once complete, NGV Contemporary will stretch more than 30,000 square metres, making it the largest public gallery of contemporary art and design in Australia.

It will be built behind the existing NGV on Southbank Boulevard, smack-bang in the heart of the Melbourne Arts Precinct, which is currently under development. And a team of Australian architects (selected through a competition process) will be given the task of designing it.

The new addition to the NGV portfolio will provide extra space to display art and design from NGV’s permanent collection, as well as major blockbuster exhibitions, the Triennial series, large-scale commissions and more.

“This state-of-the-art gallery will be a major attraction for millions of visitors from across Victoria, Australia and the world,” Janet Whiting, president of the NGV’s Council of Trustees, said in a statement.

“NGV Contemporary and the surrounding Melbourne Arts Precinct will be an important beacon for tourism, akin to New York’s High Line.”

Also part of the precinct plan is a new 18,000-square-metre public garden – a “green lung” for Southbank – which will be co-designed by Melbourne architects Hassell and New York-based practice So-il.